Officers responded to the Parkside Shopping Center in the 5000 block of Sinclair Lane in the Frankford neighborhood just before 10 a.m. and found two 21-year-old males and a 36-year-old male suffering from gunshot wounds.

All three victims were taken to area hospitals for treatment, police said. One of the men is in critical condition.

Police are looking to identify a black Dodge minivan in connection with the shooting. Anyone who has seen the vehicle pictured is asked to call detectives at 410-396-2444. 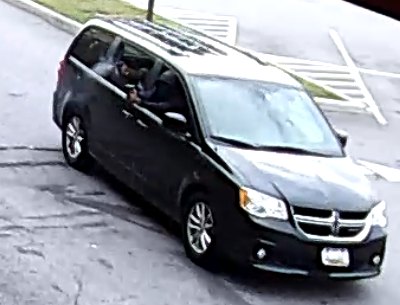 According to a preliminary investigation, an unidentified shooter drove past and shot at the men, striking one of the 21-year-old victims several times and hitting both of the other victims once, police said.

Detectives are still investigating the shooting. Anyone with information is asked to call 410-396-2444 or Metro Crime Stoppers at 1-866-7Lockup.