HOWARD COUNTY, Md. (WJZ) -- At 102 years young, Millie Bailey calls her most recent adventure the thrill of a lifetime. The World War II veteran took to the skies over the weekend for an experience that would scare many people half her age: skydiving.

Bailey spent a decade wanting to go skydiving, and now she can cross it off her bucket list.

"(I) just always thought it would be a thrill," she said. "... At one point when we were tumbling in the air, I felt like I was by myself. I thought, 'Where did the paratrooper go?'" 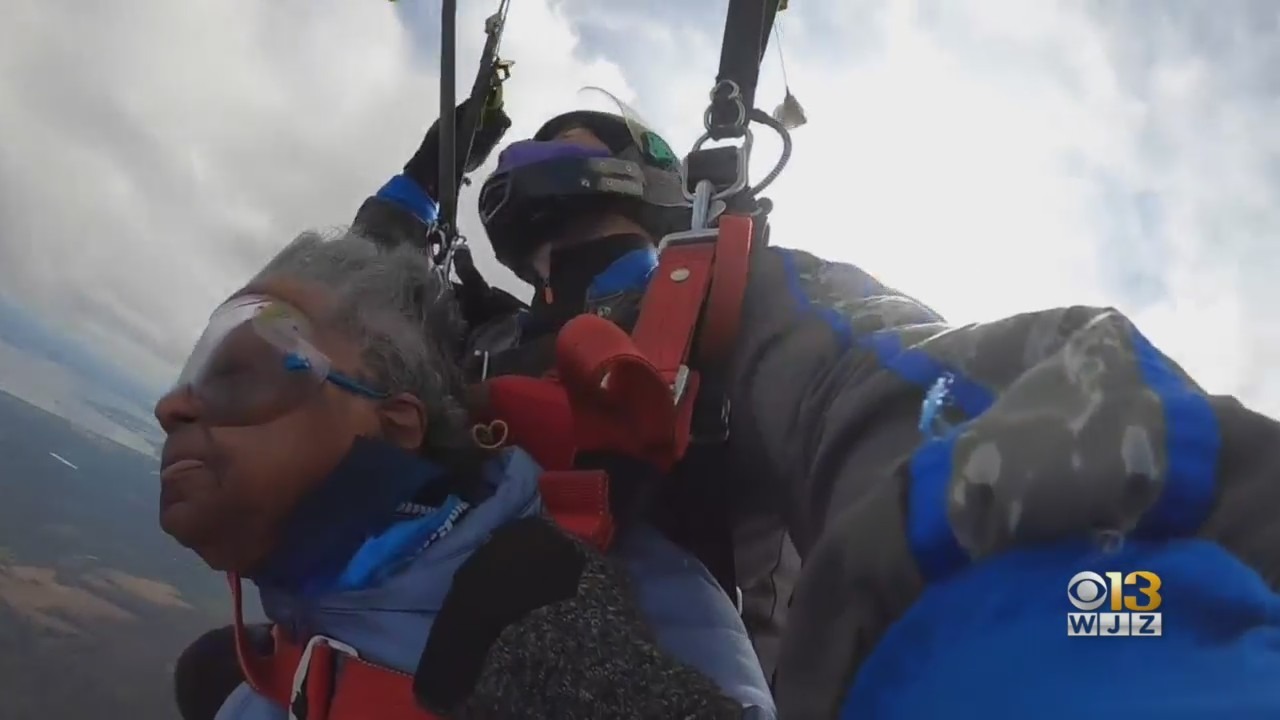 "I was in charge of the unit, it's called WAC detachment. I was the commander in charge," she recalled.

Honorably discharged in 1946 as a first lieutenant, Bailey went on to work for the veterans and social security administrations. Once she retired in 1975, she showed no signs of slowing down, racking up nearly 50 years of community service in Howard County.

"I try every day to do something for someone else," she said.

Among her volunteer tasks are sending care packages to troops, which she began doing during the Vietnam War, and supporting the local food banks and schools. Over the past 21 years, she's raised an average of $10,000 annually to help county schoolchildren.

Her accomplishments are numerous and so are her accolades: she has been honored by President Donald Trump and the late Rep. Elijah Cummings, has a police award -- the Vivian Millie Bailey Making a Difference Award -- and soon a park named after her and multiple military awards, including the Women's Army Corps Medal, World War II Victory Medal and American Theater Medal.