ANNAPOLIS (WJZ) -- The Maryland Department of Natural Resources said it is lifting its previous recommendation to stop feeding wild birds as a mysterious illness swept the region, killing some birds.

The reversal is prompted by a decrease in reports of the illness as of mid-August.

Wildlife managers in eight other states and DC have seen reports of sick and dying birds with eye swelling and crusty discharge. Most of the affected birds are said to be common grackles, blue jays, European starlings and American robins but other songbirds have been linked to the illness as well. The disease poses no threat to human health, livestock or poultry. 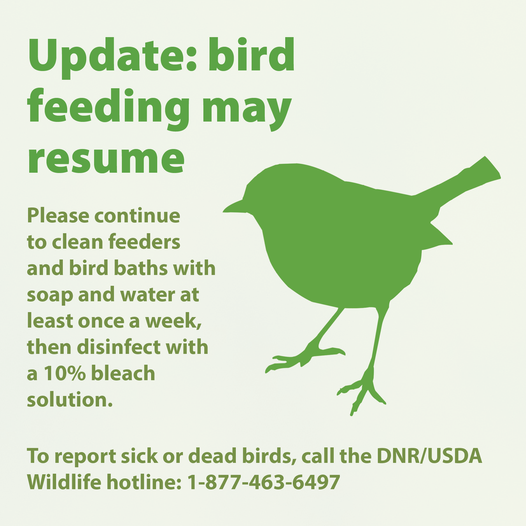 Researchers have ruled out many common pathogens, including Salmonella, avian influenza and West Nile virus.

Officials said anything that leads birds to congregate could spread the illness. Feeders and birdbaths should be cleaned with a 10% bleach solution, rinsed with water and allowed to air-dry. Pets should be kept away from sick or dead wild birds as a precaution.