Jermaine Thomas, 35, of Frederick, Ariel Eppard, 27, of Hagerstown, and Wesley Dean, 32, of Montgomery Village, are charged with offenses involving two then-students at The Jefferson School, a 17-year-old girl and an 18-year-old woman. 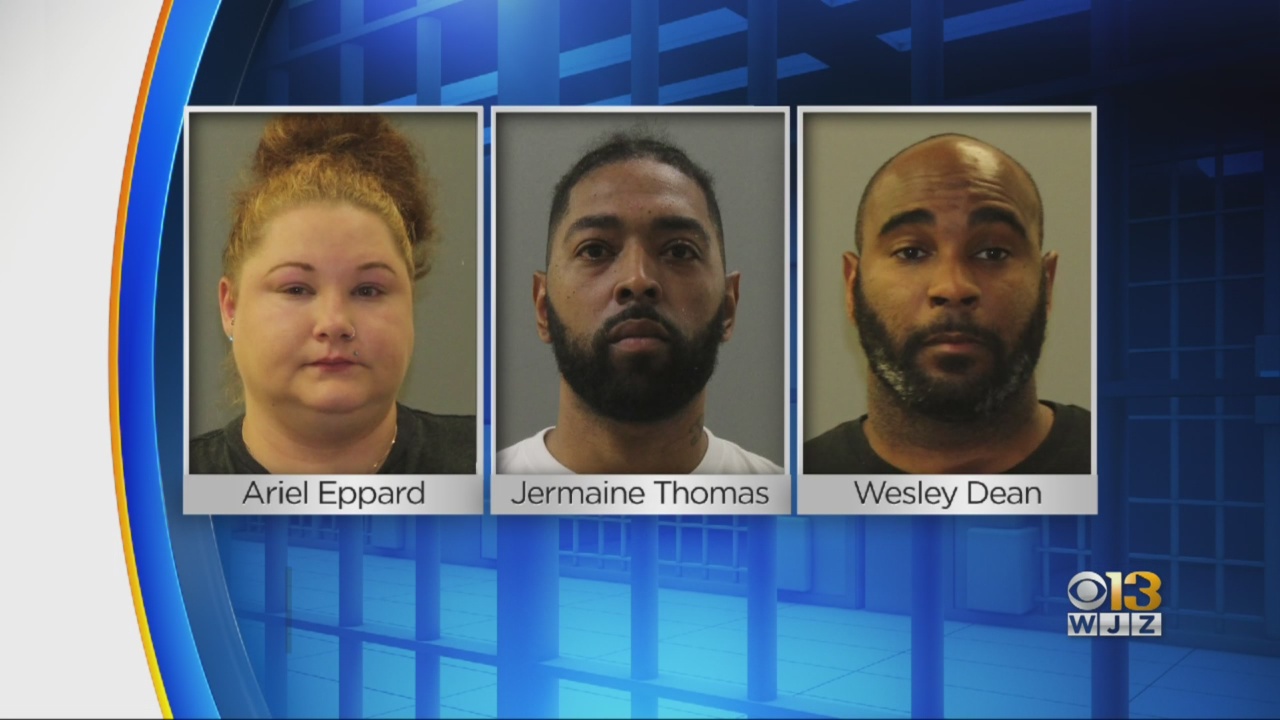 The state's attorney's office said child protective services reached out to state police on June 5 about allegations of child sexual offenses at The Jefferson School, which serves kids and adults from age 12 to 21 with emotional and behavioral disabilities.

An investigation reportedly found evidence Thomas and Eppard committed sexual assaults on one of the victims both at the school and off-campus, while Dean allegedly committed sexual offenses involving both victims on-campus. The offenses reportedly began in late 2018 and continued into this year, officials said.

All three were school employees involved in supervising students in the residential area.

Thomas turned himself in to law enforcement Wednesday, Eppard was arrested at a second job Wednesday morning and Dean was arrested in Montgomery County Wednesday afternoon.

Thomas is charged with three counts of sex abuse of a minor and seven counts of child pornography/filming a sex act.

Dean is charged with one count of sex abuse of a minor, one count of fourth-degree sex offense by a person in a position of authority and two counts of court-ordered provider engaging in a sex act.

Eppard is charged with two counts of sex abuse of a minor, two counts of fourth-degree sex offense by a person in a position of authority and two counts of court-ordered provider engaging in a sex act.

The case is still under investigation.

The Jefferson School issued a statement Wednesday evening, saying the three employees were immediately placed on leave once the allegations surfaced and were later terminated.

The Jefferson School and Residential Treatment Center has learned that criminal charges were filed against three former employees. We have been working closely with law enforcement authorities and other agencies in their investigations into these allegations and will continue to collaborate with them when and where appropriate as the proceedings continue. We took immediate action and notified the police and Child Protective Services of those allegations when we were made aware as the safety and well-being of our students and residents is always our first priority. The three staff members were immediately placed on leave and later terminated.

We are in the process of reviewing all procedures and safeguards at The Jefferson School. We are committed to supporting our students, residents and their families, and are dedicated to providing the highest standard of education and care in a collaborative and compassionate environment.