A Winter Storm Warning and a Winter Weather Advisory are still in effect for the northeastern portion of the state. 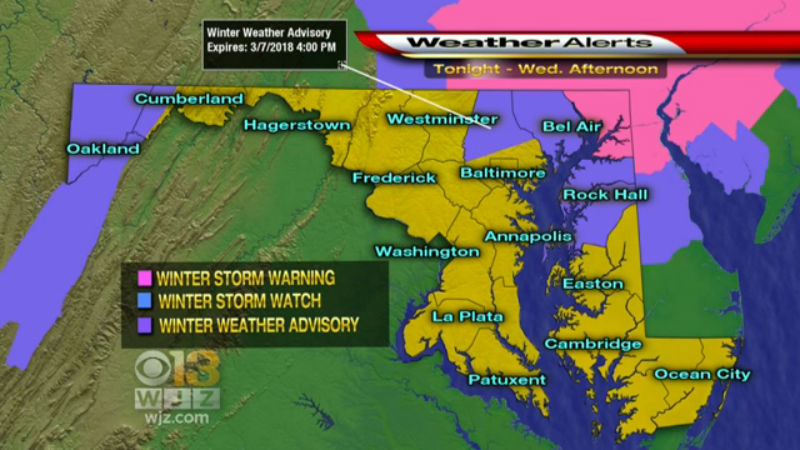 WJZ's Meg McNamara says Harford and Cecil counties will likely get the most significant snowfall. Both counties closed schools Wednesday.

Significant accumulation of wet snow, up to 7 inches, is possible for the areas under a Winter Storm Warning, including those counties and parts of Baltimore County.

Parts of Baltimore and Annapolis also saw flooding because of the storm.

Maryland happens to be "on the best side of a bad situation," because this system will bring significant snowfall to areas to our north.