WASHINGTON (WJZ) — The second of two baby eagles has finally emerged from its shell in Washington, D.C.

The second eaglet started the "pipping process" at 9 a.m. Saturday. 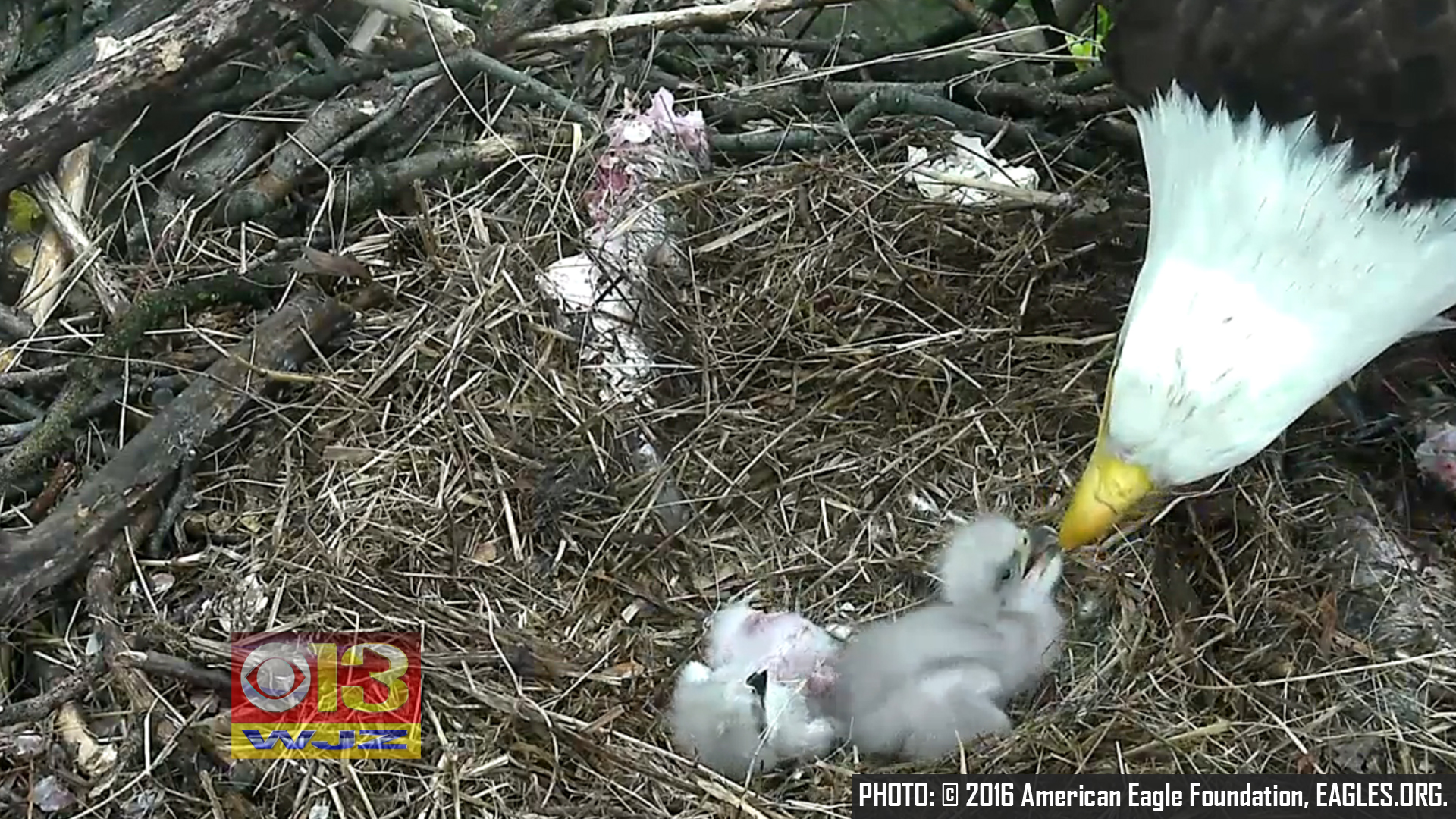 In 2014, the eagles, named Mr. President and First Lady, nestled high in a Tulip Poplar tree in the Azalea Collection at the U.S. National Arboretum, which is operated by the United States Department of Agriculture.

Now DC2 and DC3 enter the world...what should their names be?