BALTIMORE (WJZ) -- It's been nearly 18 months since Baltimore police Detective Sean Suiter was gunned down in West Baltimore, but his family is still searching for answers. While Baltimore city police are still conducting its investigation, an independent review board suggested Suiter killed himself. His family refuses to believe that and they are growing frustrated while holding on to hope for justice.

In the time since his death, there have been three police commissioners and the case has been tossed around for a year and a half. Suiter's family fears it's been thrown up on a shelf. 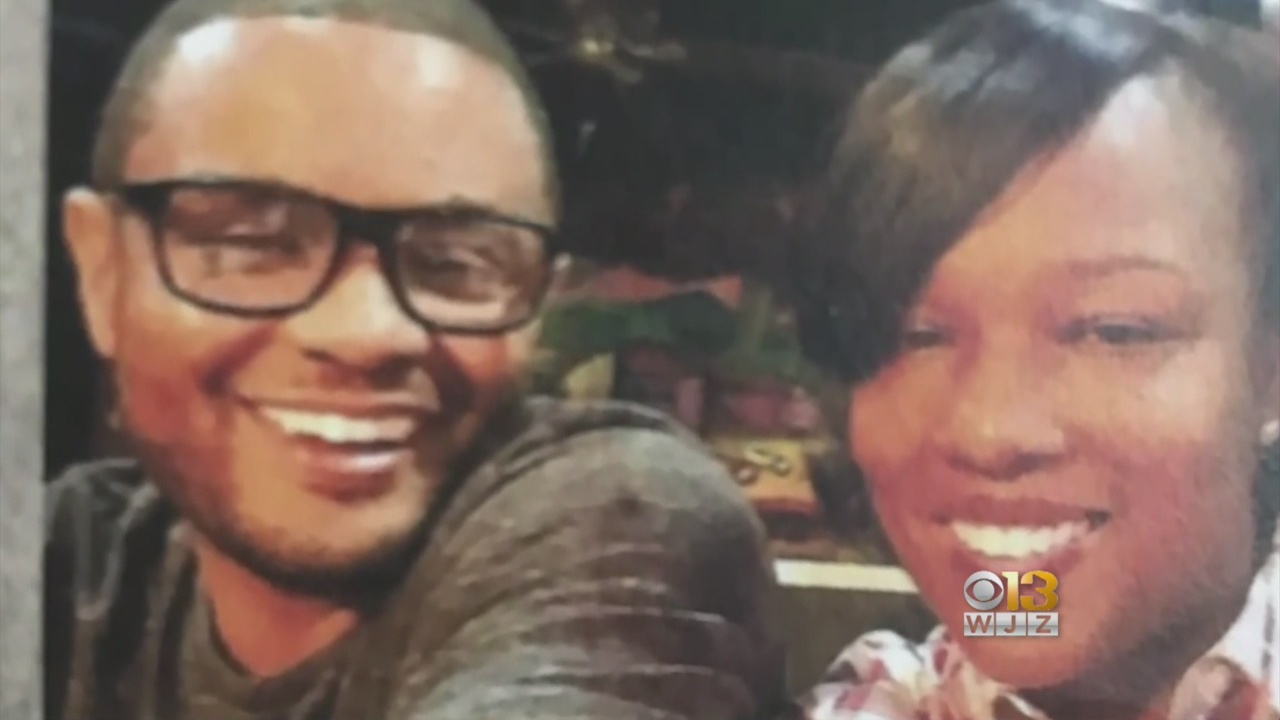 But what feels like an eternity is waiting for answers.

"We've been pushed to the side. It's an open investigation and we're not getting no updates," she added. "I just feel like they forgot about us."

On November 15, 2017, Suiter was investigating a triple murder case in the Harlem Park neighborhood of the city.

Grainy video from that day showed Suiter pacing before darting into an abandoned lot. Police said that's when Suiter got into a violent struggle with a suspect, who then took Suiter's own service weapon and fatally shot him.

"We actually thought by the time we left that hospital, that they were going to have someone in custody," Nicole Suiter said. "Here we are what 17 months later."

But the case has been nothing but controversial since. No suspect was ever identified despite an intense manhunt that included an FBI reward of more than $200,000.

Then news broke that Suiter was set to testify the very next day after he was killed before a federal grand jury investigating corruption within Baltimore's Gun Trace Task Force. Some members of that unit have already pleaded guilty.

Evidence and leads so murky, an independent review board full of policing experts were brought in to shed light on exactly what happened to Suiter in an investigation that seemed to be going nowhere.

That panel said evidence points to a theory some have long believed: the 18-year-veteran took his own life in that alley.

"It's the facts that we found and that we discovered that brought us to this conclusion," said James "Ship" Coldren Jr., the co-chair of the IRB, when the report was released.

A theory Nicole Suiter has no time for.

"I gotta say that was bulls***, that went in one ear and out the other," she said.

In a department littered with scandals over the years, Nicole said suicide is "easy and convenient."

Rick Ritter: So there any part of you at all, that thinks Sean took his own life?

Ignoring what she said could be obvious.

"People turn in their own grandparents and parents," she said, pointing to how people normally respond to police rewards. "But I just feel like it was an inside job, That's what I feel like."

RR: Everything that's on the table for you, that's your number 1 option? 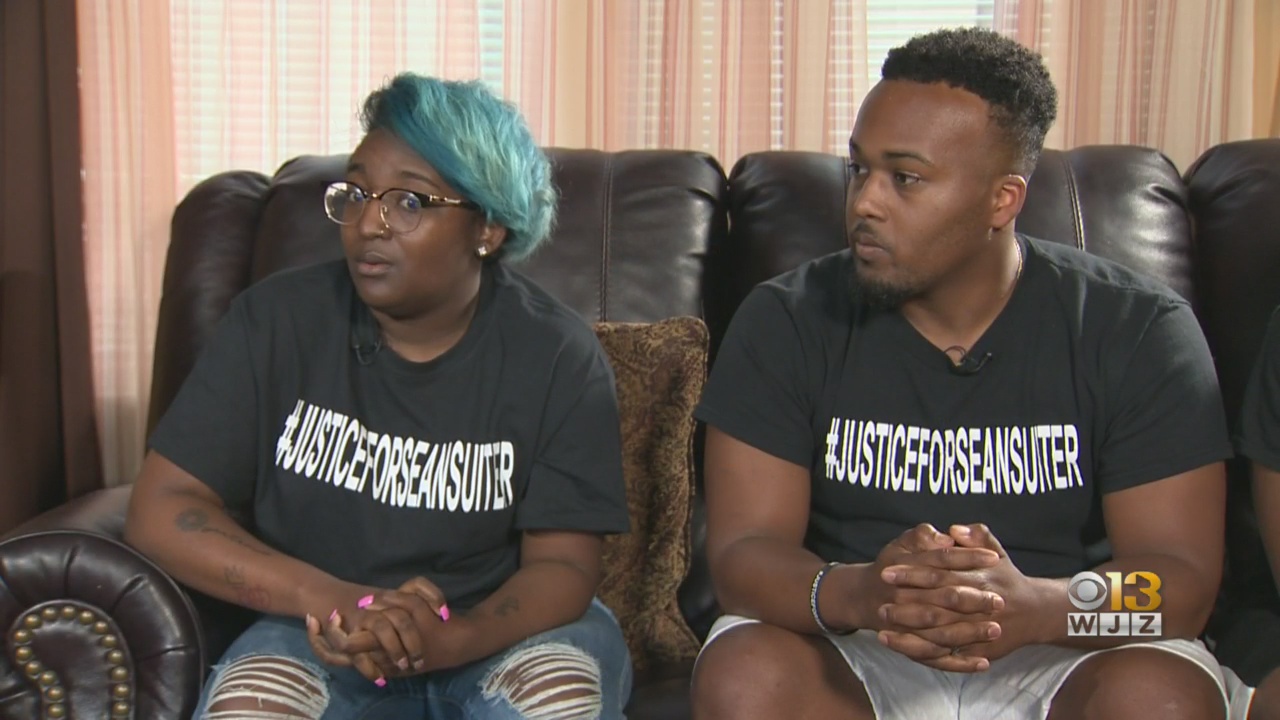 "It's just too much of a coincidence that it happened the day before he was due to testify," said Demyra Suiter, Sean's daughter.

While the opinion of the review board has dominated headlines, the family said the panel overlooked crucial evidence -- considering they were never even interviewed.

"The credibility of that report, just by the fact that they didn't come to the family, falls to the side," said Marquis Suiter, Sean's son.

He added the father of five showed no signs of distress.

"To conclude that, I'd think you'd have to get some feelings or thoughts from his family," Demyra Suiter said. "You'd have to understand what was his mindset that day if they had, they would've known my dad was happy, upbeat, had no reason to take his own life."

Nicole said she even spoke to her husband one hour before he died.

"Sean was happy, I just got off the phone with Sean, laughing and joking, my son just had a wedding in October," Nicole Suiter said.

Nearly a year and a half later, the Suiter family is anxiously waiting on Baltimore city police to complete their open investigation. It's a department that's dealt with sweeping changes at the top and one Nicole claims has not reached out to her.

"We don't even know who's the lead person on this case," Nicole said.

A family who's desperate for answers and now speaking out.

"It seems like an eternity, we expected, especially with a reward so high, we expected something," Demyra said. "I feel like we've been quiet enough. It just seems like to get answers this is what we have to do."

An 18-year legacy of serving and protecting Baltimore city, tarnished by swirling questions and rumors surrounding his death.

"He gave the city better then what they're giving us, He solved murders and things like that and I feel like they owe it to us," Suiter's daughter added.

Nicole Suiter said her family, that's had their hearts shattered in every way, deserves more.

"Sean deserves better. He gave them 18 years of his life and his lifeThey just said. The heck with em," she said.

"The Baltimore Police Department has devoted significant resources to finding out exactly what caused Det. Suiter's tragic death. To that end, we have thoroughly investigated every lead in the case and will continue to investigate leads if and when they come in.  The case remains an open homicide investigation but, at this time, there are simply no new leads to pursue. Other than Det. Suiter's family, nobody wants this case solved more than the members of the Baltimore Police Department.

From the very beginning of the case, we assigned a homicide detective as a contact person for the Suiter family. That detective spoke with the family as recently as this weekend."

Hear more from Rick Ritter about his interview with the family: