McGee, a Tuskegee Airman, earned his wings in 1943 and flew a total of 409 aerial fighter combat missions during his 30 years of service. 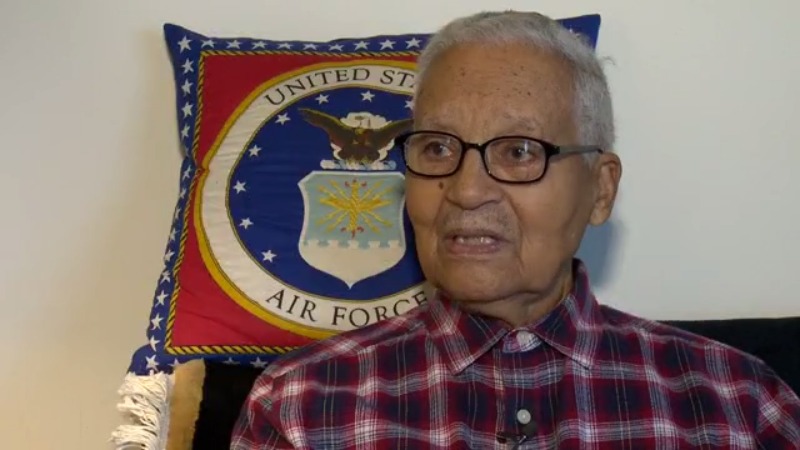 The General, from Bethesda, Maryland, recently participated in the coin toss at the Super Bowl.

McGee was given three standing ovations during Trump's speech. The veteran's 13-year-old great-grandson Iain Lanphier was also recognized for wanting to be on Trump's Space Force team.

"I salute Brigadier General Charles McGee for his extraordinary service to our country. I am proud to have teamed up with Representative Anthony Brown to pass this legislation and to provide Colonel McGee with this honorary promotion to Brigadier General. Thank you, General, for your sacrifice to our nation, and again, happy 100th birthday!" Van Hollen said in a statement late Tuesday night.