ANNAPOLIS (WJZ/AP) -- Five people were killed and two others were injured after a gunman opened fire inside the building that houses the Capital Gazette Thursday.

The gunman has been identified as Jarrod W. Ramos, a 38-year-old Laurel resident. Court documents show he has been charged with five counts of first degree murder, and that he will have a bail review Friday at 10:30 a.m. 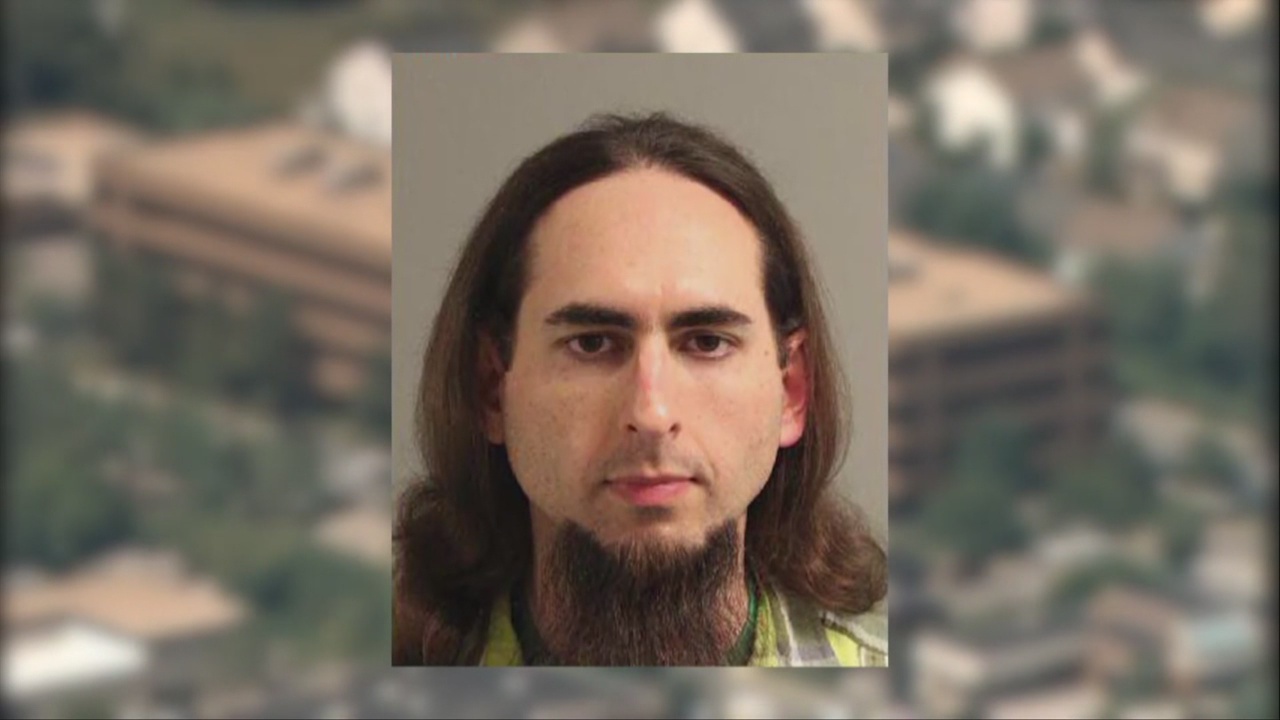 Ramos has had a longstanding feud with the newspaper, including filing a defamation suit against the paper, a former reporter and a former publisher in 2012. In 2015, Maryland's second-highest court upheld a ruling in favor of the Capital Gazette.

Ramos also made numerous threats against the newspaper via social media for several years.

Authorities said he would not cooperate during interrogations and did not have identification on him. Ramos also damaged his fingertips in an effort to avoid identification.

Police were at the suspect's home in Laurel Thursday night.

Anne Arundel County Police Department spokesman Lt. Ryan Frashure said the suspect was armed with what was described as a "long gun" but did not give any further details on the weapon used in this shooting. CBS News reports that Ramos had fake grenades and flashbangs on him when he was arrested. Police say he used smoke canisters as he entered the building.

There was no gunfire exchanged between the suspect and officers when they took him into custody, Frashure said.

According to police, first shots were reported at 2:40 p.m. after Ramos entered the building, which houses the Capital Gazette and dozens of other businesses.

The building was immediately evacuated when police arrived on scene, and officers searched the building to secure the scene. More than 170 people were evacuated from the building.

SWAT and bomb squad members went through the building. Authorities recovered what they thought was a possible explosive device, but that device was "taken care of" and bomb squad cleared the scene.

Authorities said they were on the scene about 60 seconds after receiving the report. Anne Arundel County Executive Steve Schuh credited units that first responded to the scene, as they immediately went into the building to stop the shooting.

Frashure said they don't believe this to be a "mass casualty" incident.

Authorities believe there was only one shooter, but are still investigating.

"Everyone has came here to make sure we get as many people safe as quickly as possible. So we're asking family and friends to meet at the Annapolis Mall. If you need to meet up with a friend or a loved one who was inside that building, our reunification center has been set up inside the Lord & Taylor inside Annapolis Mall," said Frashure.

A phone line has been set up for those seeking information about their family and friends involved in this situation at 410-768-5522.

Officials said Thursday night there was no further threat to the community.

The Anne Arundel County Medical Center confirms two victims related to this incident were admitted, but they were suffering from "lacerations" not gunshot wounds.

Those working in the building tweeted out their experiences as this shooting happened.

Anthony Messenger, an intern at the Capital Gazette, was one of the first people to tweet about the shooting, saying "Active shooter 888 Bestgate please help us."

Phil Davis, a crime reporter for the newspaper, tweeted that the gunman had shot through a glass door in the office. "There is nothing more terrifying than hearing multiple people get shot while you're under your desk and then hear the gunman reload."

In an interview with The Baltimore Sun, which owns the Capital Gazette, Davis said it "was like a war zone" inside the newspaper's offices. He added it's a situation that would be "hard to describe for a while."

"I'm a police reporter. I write about this stuff — not necessarily to this extent, but shootings and death — all the time," Davis said. "But as much as I'm going to try to articulate how traumatizing it is to be hiding under your desk, you don't know until you're there and you feel helpless."

ATF Baltimore and other Maryland agencies are on scene assisting the Anne Arundel County Police Department with this investigation.

Law enforcement is asking people to avoid the area. Defense Highway and Generals Highway are closed at this time. 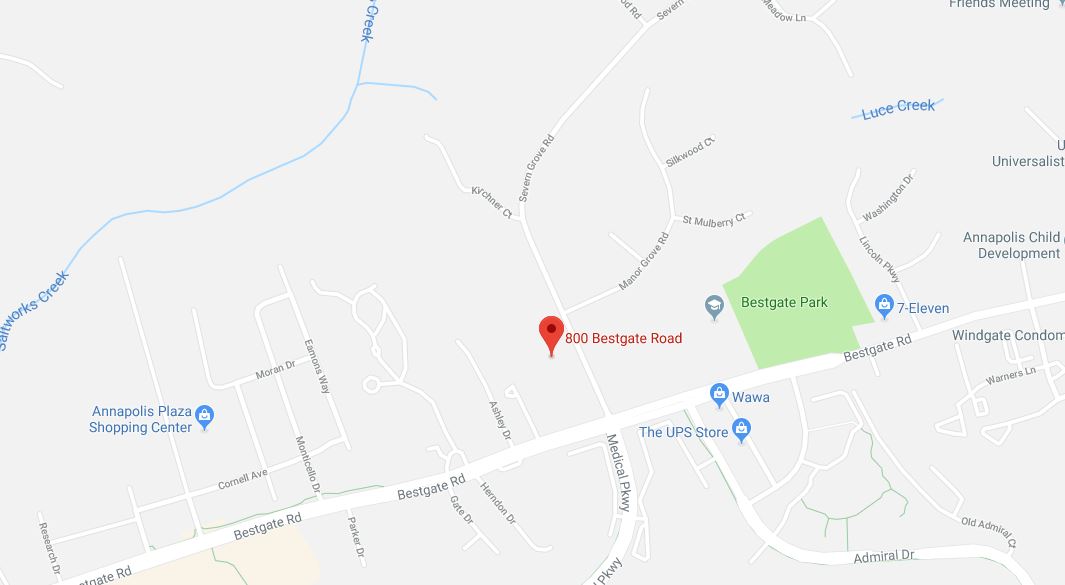 WJZ's Rick Ritter said a SWAT team arrived at the Baltimore Sun after a call had initially come into police claiming there was an active shooter there.

Baltimore City police said there was some confusion, possibly because of The Sun and the Capital Gazette's relationship.

Maryland Gov. Larry Hogan was at the scene Thursday afternoon and released the following statement:

"We are terribly saddened by the loss of five members of our community in today's heinous shooting. The First Lady and I are praying for the victims, those who were injured, and their families, friends, and loved ones in this time of tragedy.

"I am deeply grateful to the first responders who arrived at the scene within moments and saved more lives from being lost. The state will continue to provide any and all resources necessary to assist in the ongoing investigation, and support our community as we work together to recover.

"The Capital Gazette is my hometown paper, and I have the greatest respect for the fine journalists, and all the men and women, who work there. They serve each day to shine light on the world around us so that we might see with more clarity and greater understanding.

"There is no place in our society for this kind of hatred and violence, and the individual responsible for this horrendous crime must be prosecuted to the fullest extent of the law."

CBS News reports White House spokeswoman Lindsay Walters says President Trump has been briefed on the shooting and "our thoughts and prayers are with all that are affected."

Deputy Commissioner for Counterterrorism and Intelligence John Miller told the Associated Press that the deployments are not based on any specific threats, but out of an abundance of caution.

"The Late Show with Stephen Colbert" opened with a message for the victims and families of the tragic shooting. 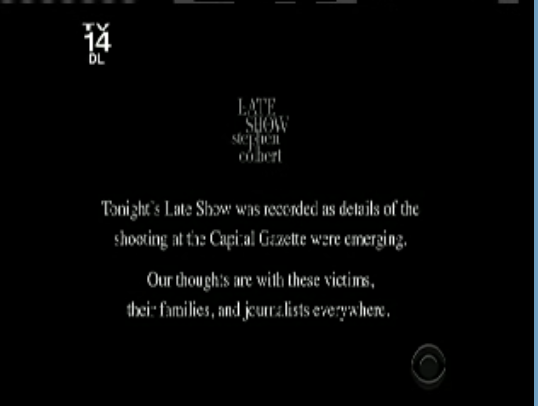