BALTIMORE (WJZ) -- The NFL regular season officially kicks off Thursday night, but it appears a Pittsburgh Steelers fan is already in mid-season form with their hacking skills.

Someone has listed the Steelers' quarterback Ben Roethlisberger as the owner of the Baltimore Ravens on the team's Google search page. 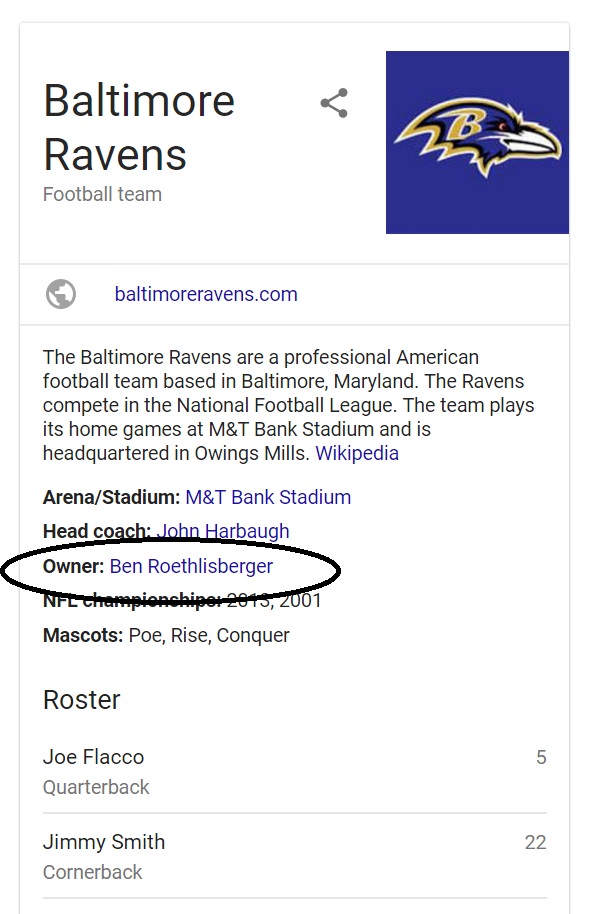 It is not known when the change was made.

Roethlisberger and the Steelers eliminated the Ravens from playoff contention last year after beating the Ravens 31-27 in week 16.

The Ravens and Steelers will have their first meeting of the 2017 season on October 1, at M&T Bank Stadium.