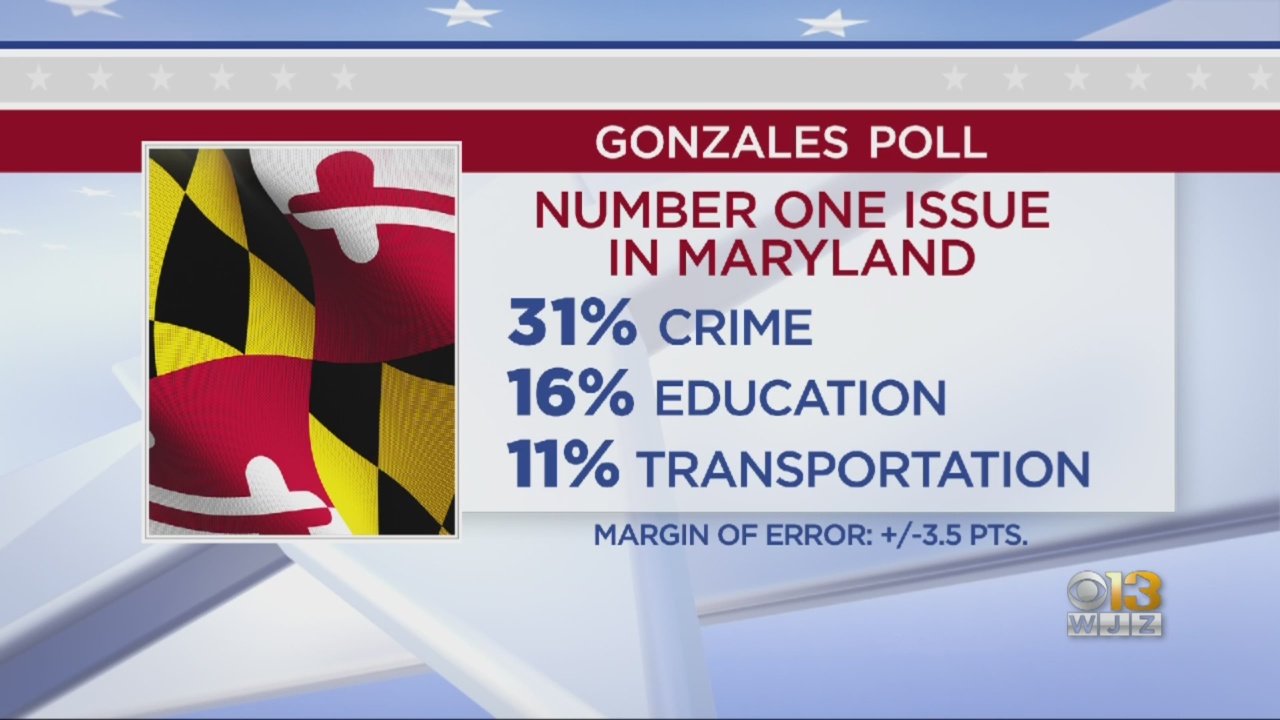 Thirty-one percent of respondents said crime is the number one issue in Maryland, followed by education at 16 percent and transportation at 11 percent. Crime was the top issue among both Democrats and Republicans.

When it comes to recreational marijuana use, nearly 57 percent of respondents supported its legalization, while 38 percent opposed it and five percent did not answer.

Democrats and unaffiliated voters supported marijuana legalization at 65.5 percent and 59 percent respectively, while Republicans oppose it. More than 56 percent of Republicans said they oppose legalization, while 39 percent support it. 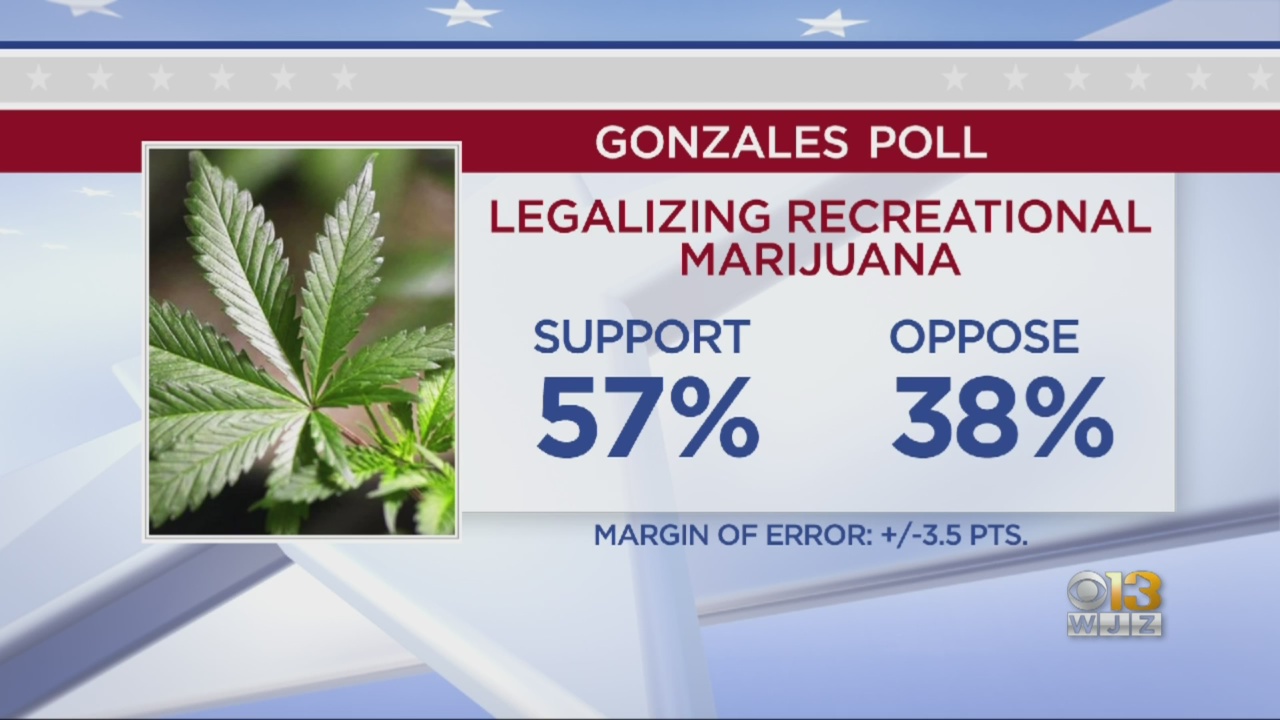 Those under 50 overwhelmingly support legalization, while a slim majority of those 50 or older oppose it.

Hogan's support is strong not only among Republicans but also Democrats and unaffiliated voters.

Earlier this year, a Morning Consult poll found Hogan was the second-most popular governor in the country behind fellow Republican Gov. Charlie Baker of Massachusetts. 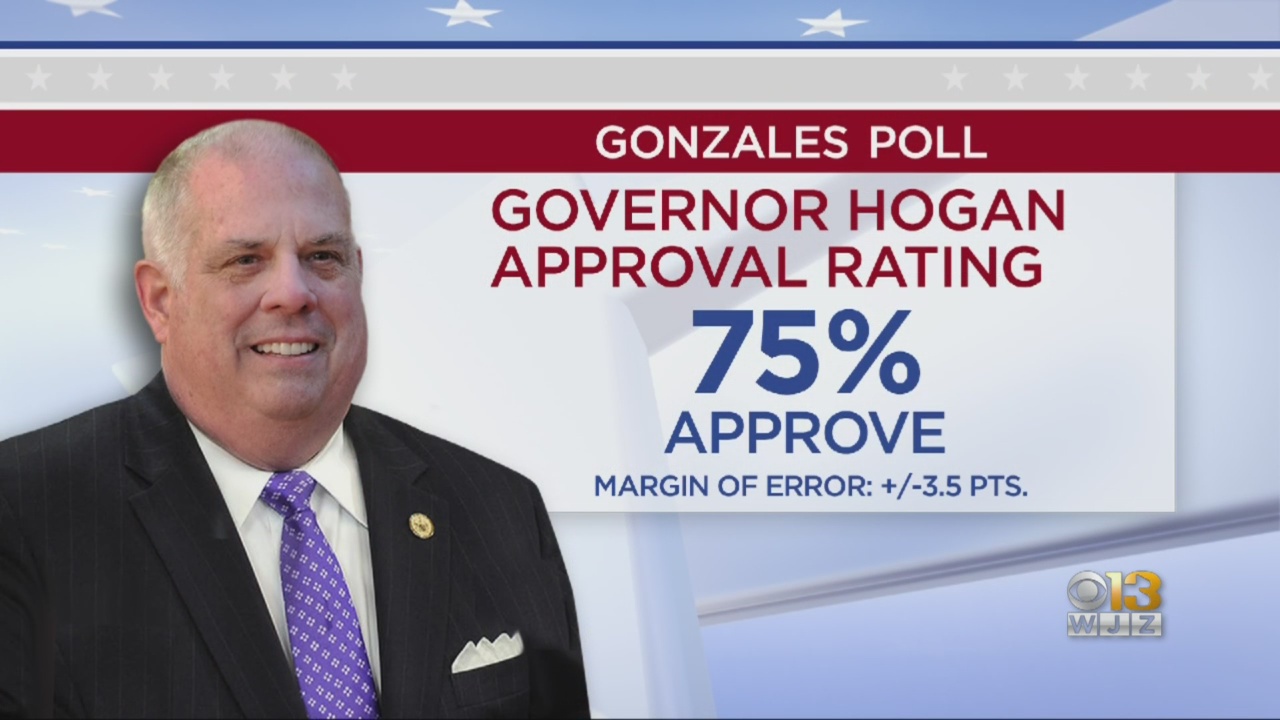 President Donald Trump's approval rating, however, is at just 37 percent in the state. More than 61 percent of respondents in the Gonzales poll disapproved of the way the president is doing his job, 53 percent of whom said they strongly disapprove.

Unlike Hogan's approval rating, Trump's is split along party lines; 85 percent of Republicans approve of Trump's job performance while 85 percent of Democrats oppose it.

Sixty percent of unaffiliated voters disapprove of the president while 32 percent said they approve.

The president has the weakest approval rating in the Washington, D.C., metro area, while in rural Maryland a majority of voters approve of the way he's doing his job. Nearly 62 percent of Baltimore-area residents disapprove of the president's performance. 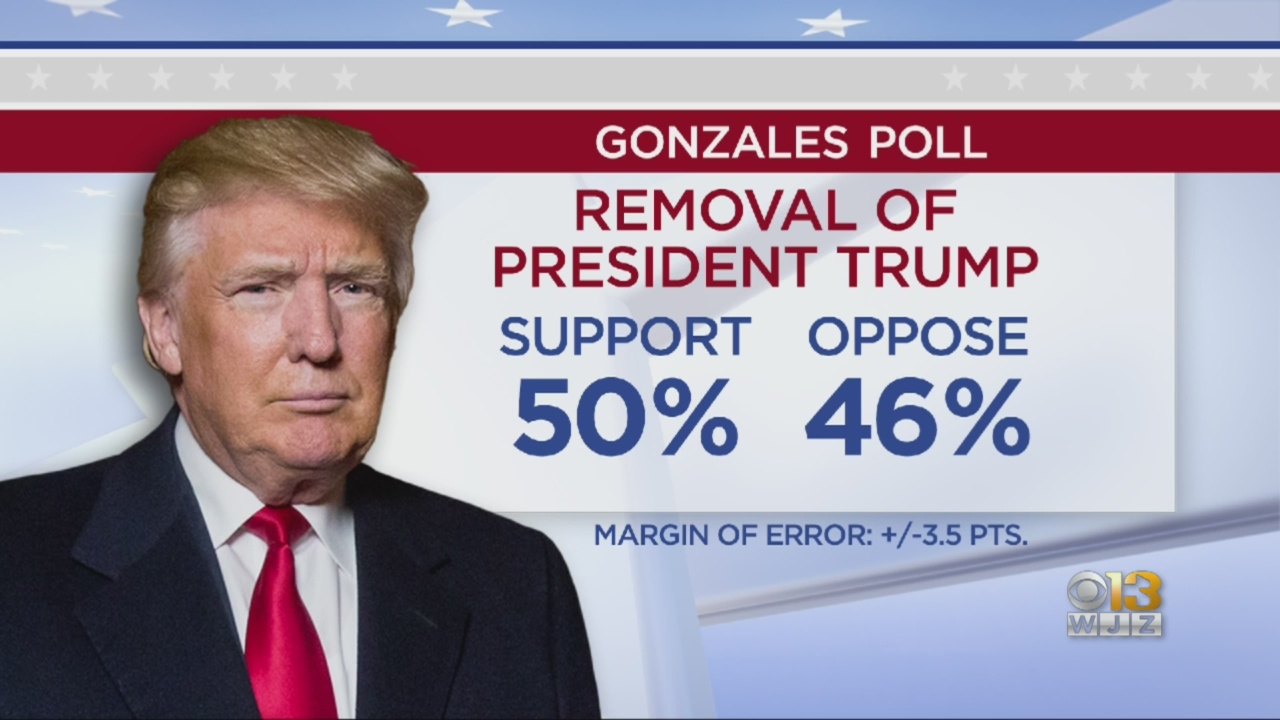 When it comes to impeachment, a slight majority of respondents -- 50.2 percent -- supported removing President Trump from office, while 45.6 percent opposed it.

More than 71 percent of Democrats supported removal while nearly 94 percent opposed it.

Around 55 percent of unaffiliated voters supported removing Trump from office.

Support for removing the president was greatest among African-Americans, women and those under 50.

Maryland's Economy and the Future

Responses were similar across political parties, genders and age groups.

Similarly, 56 percent of respondents said they think economic conditions are excellent or good in the state, while nearly 41 percent said they were fair or poor.

The poll was conducted between December 23 and January 4 and included 838 registered voters who said they're likely to vote in the 2020 general election.