Back on August 25, 2015, 24-year-old Karlyn Serane Ramirez, an active member of the U.S. Army stationed at Fort Meade, was found shot to death inside her Severn townhome.

Alex DeMetrick has more on the search for her killer.

On the GoFundMe page, donations are being sought for Karlyn Ramirez's 5-month-old daughter, who was found next to Ramierez's body.

Now, a $20,000 reward is being offered for information leading to an arrest ion this cold case. 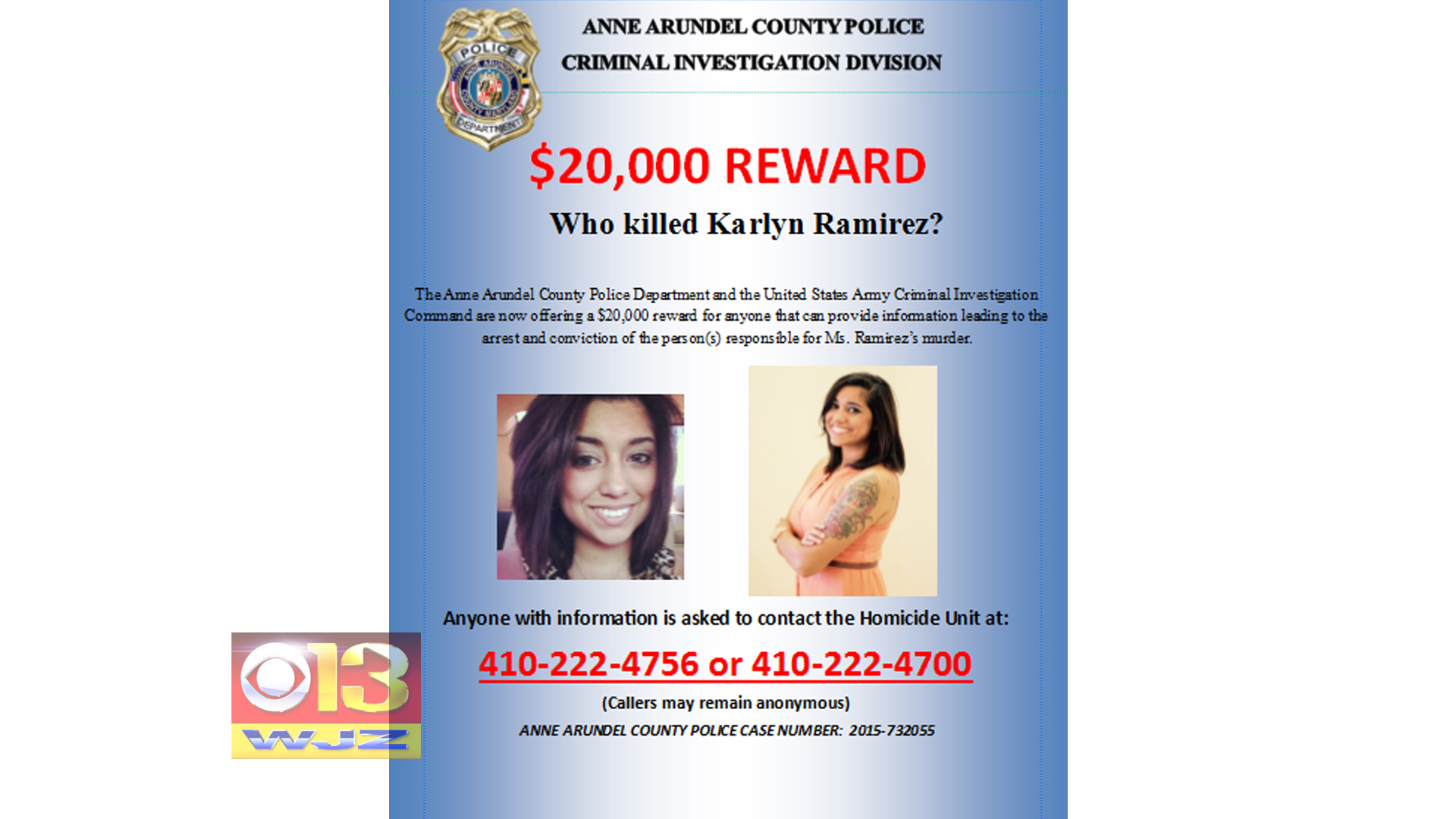 "Anyone who may have seen anything out of place that day, noticed anything or even heard anything since the time of the incident," said Anne Arundel Coutny Police Sgt. John Poole.

Neighbors say they saw Ramirez's dog running loose, and chased it to an open sliding door.

Police were called to her Severn home and found her shot to death.

Her husband, an Army sergeant, was stationed out of state at the time of the murder.

Police believe Ramirez was deliberately targeted.  By whom is unknown. The reward is to help offer cover to an informant.

"$20,000 is enough to help with a new start. $20,000 is enough to move you away from whatever you're afraid of talking to," Anne Arundel County Police Chief Chief Tim Altomare. "And it's a chance at a new beginning someplace else. Let us know what they know and help us bring the killer in this case to justice.'

Anyone with any information is asked to call police. Callers may remain anonymous.