(CNN) -- Today, the dwarf planet Pluto orbits the sun from the edge of our solar system and its surface temperature is an inhospitable negative 378 to negative 396 degrees Fahrenheit. But a new study suggests that wasn't always the case.

Researchers have long thought that Pluto began as an icy sphere when it formed in the Kuiper Belt, a home to cold, dark objects on the edge of our solar system.

Some scientists also believe there is a liquid ocean beneath Pluto's ice shell that is estimated to be 249 miles thick. But they thought it formed later in Pluto's history as radioactive elements were heated near the dwarf planet's rocky core and decayed. This heat could have been enough to melt ice and form a subsurface ocean. 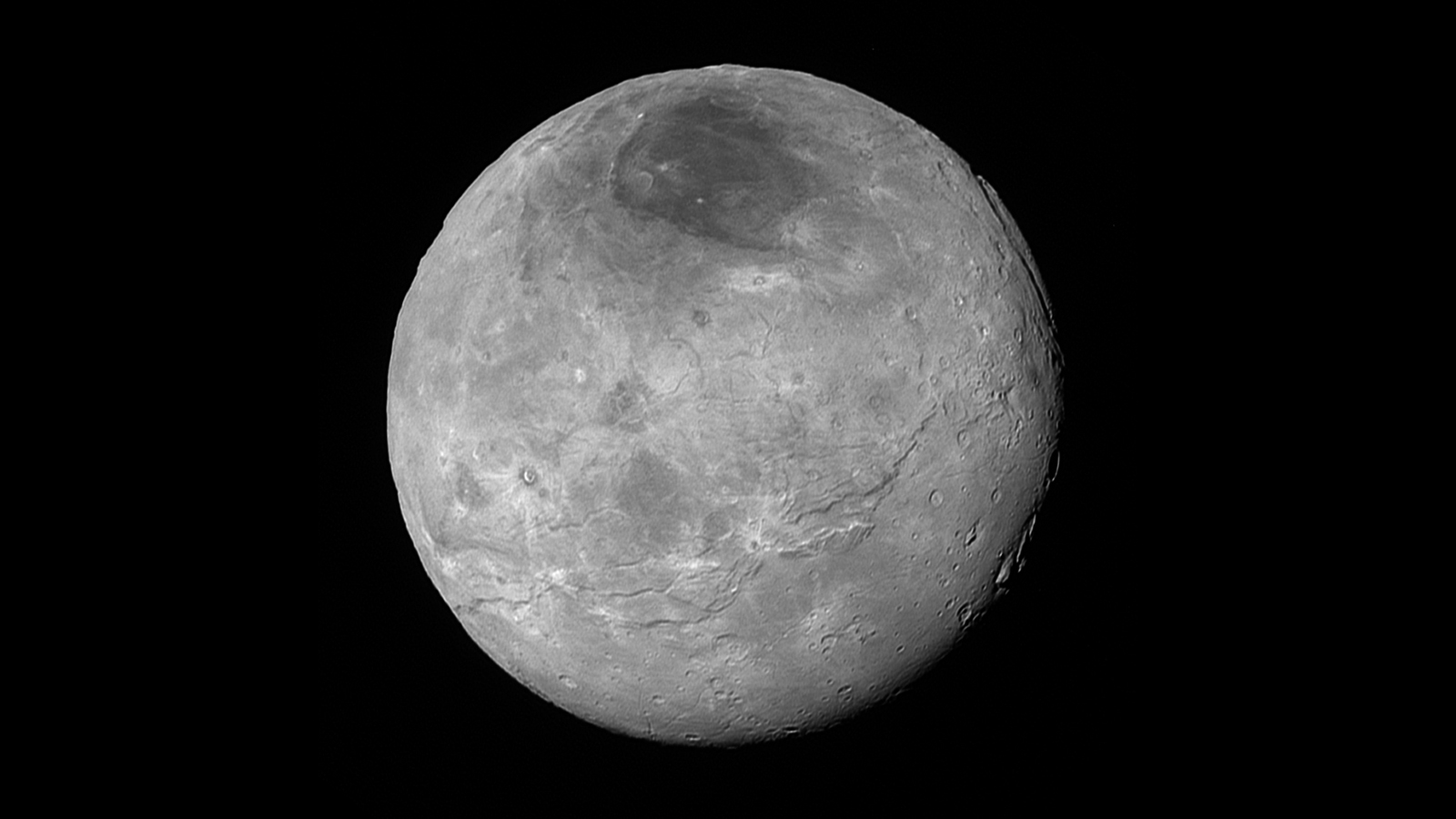 When NASA's New Horizons spacecraft flew by Pluto and its moons in 2015, the mission provided detailed images and data that challenged scientific assumptions.

"The most exciting part of this research to me is that we can use the geology we observe on Pluto today to peer back in time and learn about what Pluto was like shortly after its formation," said Carver Bierson, first study author and recent PhD graduate from the University of California, Santa Cruz.

"Planetary science is similar to trying to read a story where most of the pages are missing and some have other stories written on top of them. This always makes it exciting when we can piece together what was happening in the first few pages of solar system history."

In that scenario, the liquid ocean would slowly freeze over time, although not completely, and cause the extensional faults seen by New Horizons in Pluto's icy crust.

"If it started cold and the ice melted internally, Pluto would have contracted and we should see compression features on its surface, whereas if it started hot it should have expanded as the ocean froze and we should see extension features on the surface," Bierson said. "We see lots of evidence of expansion, but we don't see any evidence of compression, so the observations are more consistent with Pluto starting with a liquid ocean."

The study published Monday in the journal Nature Geoscience.

This long, slow freeze of the subsurface ocean could also explain the mix of features on Pluto's surface because expansion would occur throughout the history of the dwarf planet.

"The oldest surface features on Pluto are harder to figure out, but it looks like there was both ancient and modern extension of the surface," said Francis Nimmo, study coauthor and professor of Earth and planetary sciences at the University of California, Santa Cruz.

But what caused an ocean to form in the first place? The researchers believe that not only was Pluto hot, but it formed quickly.

"As Pluto was forming, material was repeatedly coming in and impacting the surface," Bierson said. "Each of those impacts is like an explosion that will warm the surface where it hit. If Pluto formed slowly the surface can cool off before the next impact. However if Pluto formed quickly you have impact on top of impact, repeatedly warming the surface until you get warm enough that an ocean can form. We calculate that Pluto would have had to form in less than about 30,000 years for this to form an ocean."

Regardless of how Pluto formed, today its ocean is maintained by the heat of radioactive decay at the dwarf planet's rocky core and the thick ice shell insulates the ocean beneath, Bierson said.

These findings also suggest that other large dwarf planets in the icy Kuiper Belt formed in a similar fashion and also had subsurface oceans in the beginning -- some of which could still exist on dwarf planets Eris and Makemake. This means that those subsurface oceans could have interacted with rocky materials and could even hint at past potential habitability or unique ocean chemistry in their history -- but there are no findings to support that yet.

"We don't know the recipe for life or even what ingredients you need." Bierson said. "We suspect (based on the Earth) that liquid water is an important ingredient. This work suggests that liquid water has always been around on Pluto buried under the cold ice shell. This also means that water could have been interacting chemically with the rocky core beneath the ocean giving you more chemical ingredients to work with. Are those the right ingredients? We don't know. We need to learn more about how life forms, or how life could form, to find these answers."

In addition to flying by Pluto and its moons in 2015, the New Horizons spacecraft also flew by a distant Kuiper Belt Object now named Arrokoth in early 2019. The spacecraft is continuing to fly through the edge of our solar system and researchers are using data from its flyby of Arrokoth to learn about these distant, cold objects that act like time capsules from the birth of our solar system.

Bierson said if he could send a spacecraft to another Kuiper Belt Object, it would be Haumea.

"Haumea is large enough that it might have formed with a subsurface ocean but small enough that it likely froze out a few billion years ago," Bierson said. "That refreezing process may still be recorded on its surface. Haumea also has a ring of material around it and is rotating so quickly that it has an elongated football-like shape. This is a truly strange world and it would be amazing to see what history is recorded on its surface."