BALTIMORE (WJZ) -- More than a year after Freddie Gray died as the result of an injury he sustained inside a Baltimore City Police van, the department is set to roll out newly configured vans with camera systems both inside and out.

The new vehicles have straps and seat belts for six seats in back, instead of eight, and there is now a more open space in back -- no dividers as there have been in the past. The allows more room for officers to safely move around and seatbelt someone inside. 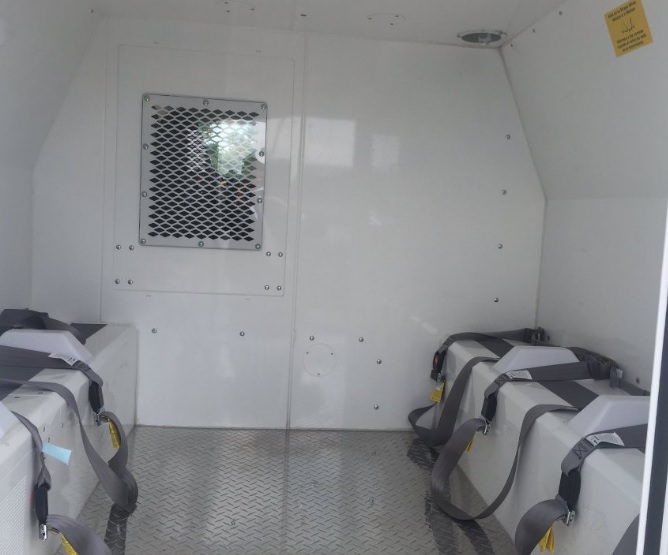 There are 10 new vans, and 13 older ones will also be outfitted.

"We've gotten calls from jurisdictions around the country to see how we've reconfigured our vans," says department spokesman T.J. Smith.

Police wont talk about what lead to the new configuration, even though all eyes were on the city a year ago when Gray sustained his life-ending injury while being transported in the back of one of the department's vans. It was later revealed that he was not belted into the seat.

And Gray's is not the only noteworthy injury that has occurred inside one of the department's vans.

A man named Dondi Johnson fell and snapped his neck in the back of a van in 2005. He was left a paraplegic.

"Anytime something's changed, you can always look back on and say 'Was that the moment, was that because?'" Smith said. "I'll leave that up to you guys to talk about and to discuss, the thing is we're moving forward."

The Baltimore Fraternal Order of Police, however, praised the upgrades, pointing out specifically that the new camera systems will prevent unanswered questions like those that still surround Gray's death.

Every police van should be configured in the new way by the end of July.