BALTIMORE (WJZ) -- Areas west of Baltimore, including parts of Carroll, Frederick and Howard counties, are under a freeze warning for the early morning hours of Saturday morning.

The National Weather Service issued a freeze warning from midnight to 10 a.m. Saturday for all or part of Baltimore, Carroll, Frederick, Howard, Montgomery and Harford counties. A freeze watch is in effect during the same period for central and southeastern portions of Montgomery and Howard counties.

A freeze watch is in effect for parts of the state for late Saturday night into Sunday morning. 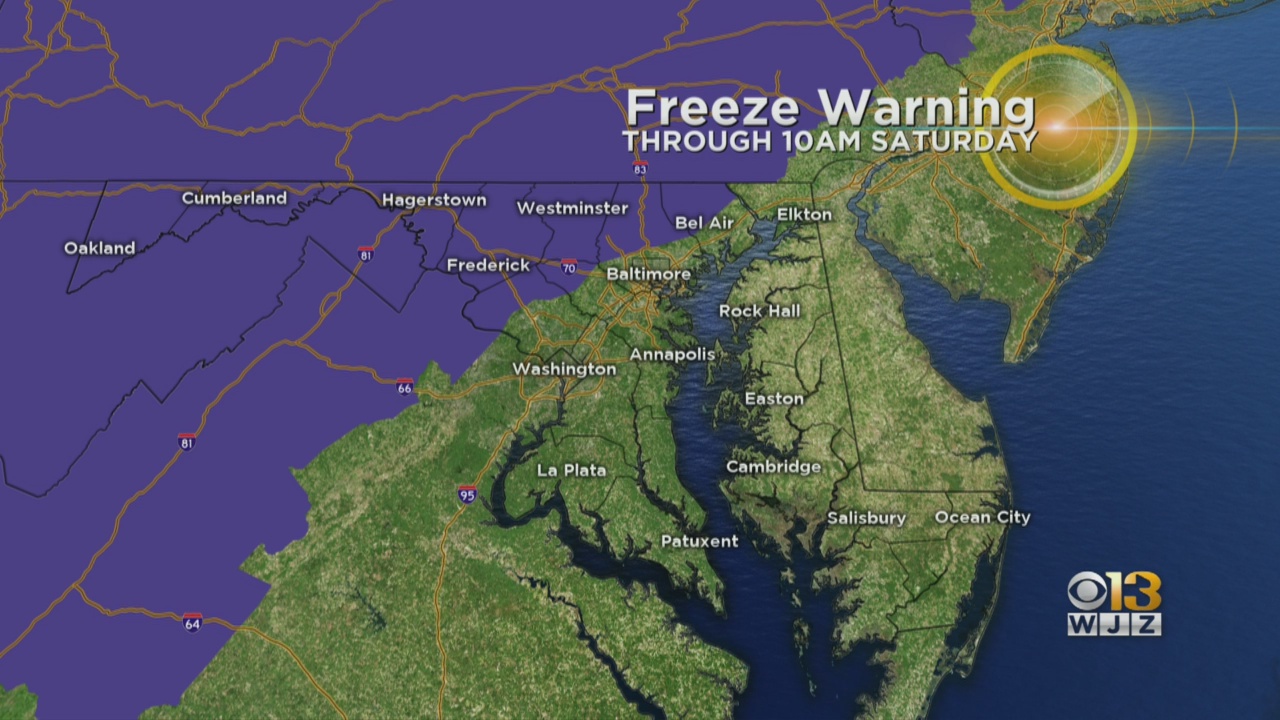 Rain will move across the region Friday afternoon into the early overnight hours. Once the rain stops, the winds will pick up and skies will clear, causing temperatures to drop.

Sub-freezing temperatures as low as 31 degrees are possible for Saturday and Sunday.

The cold temperatures are being brought on by a polar vortex, a massive whirlwind of frigid air that typically circulates around the Arctic Circle. It tends to sink down into the U.S. a few times each winter. But this past winter it did not — instead, the vortex was unusually strong and stationary, keeping cold air locked far north.

To add insult to injury, an intense storm will develop near New York City Friday night, moving up through New England on Saturday.

The storm may develop into a bomb cyclone as it moves up through the Gulf of Maine, bringing 40-60 mph wind gusts over the Northeast.

A bomb cyclone is defined as a storm in which the barometric pressure drops 24 millibars in 24 hours. This storm may very well meet that criteria.