BALTIMORE (WJZ) -- Warnings were issued as the first winter storm of the season arrived in Maryland on Wednesday.

Some parts of Maryland saw up to a foot of snow, but in Baltimore the snow total has been decreased to one to three inches.

Meteorologist Meg McNamara says Baltimore will have more of a freezing rain and wintry mix more than snow now.

Meanwhile, a winter weather advisory has been issued for the following counties Wednesday until 1 a.m. Thursday: Baltimore, Cecil, Harford, Howard, and Montgomery.

In addition, a flood watch has been issued in several counties.

TIMELINE: When Will Snow Arrive In Maryland Wednesday?

When Will The Snow Fall? 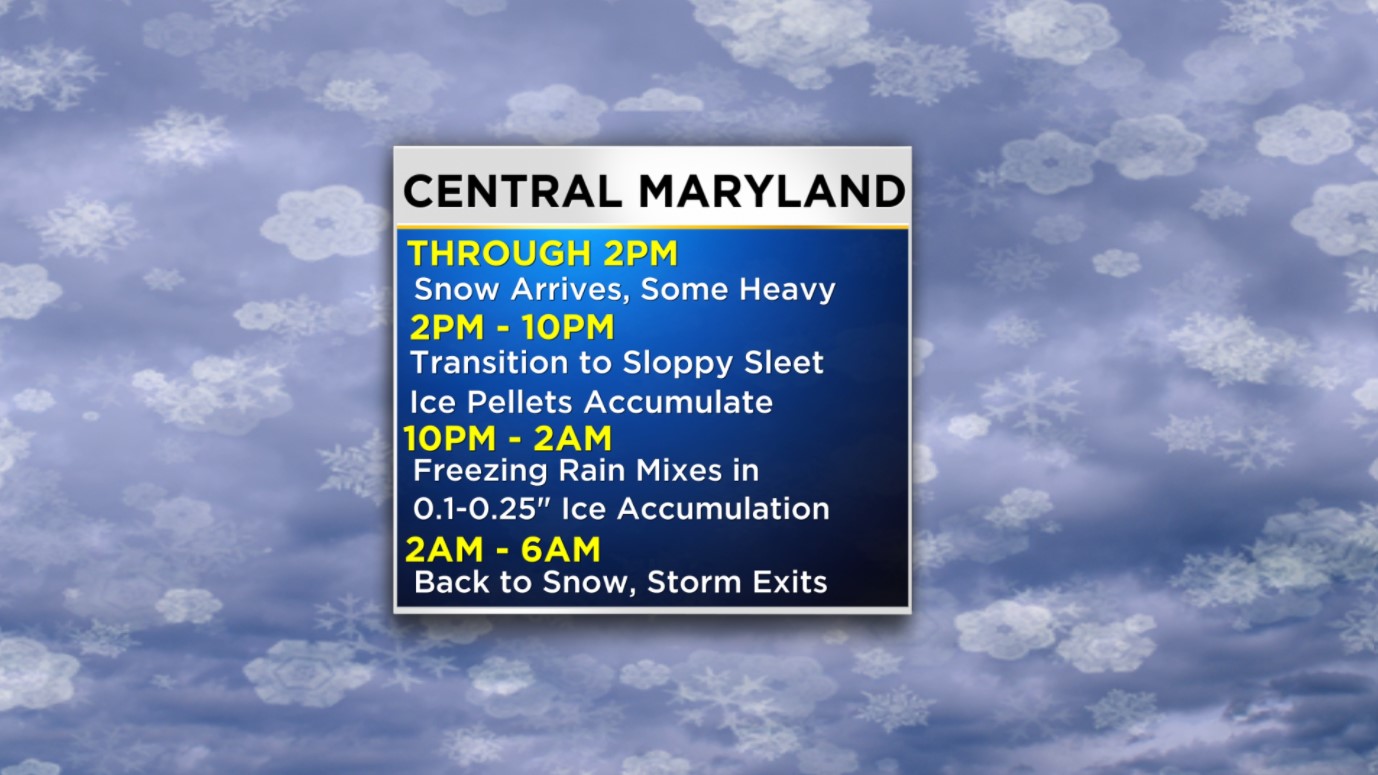 However, during the late afternoon through Wednesday evening, warm air nosed its way in from the Atlantic and a period of sleet, freezing rain, and rain occurred across portions of central Maryland.

Many areas will start and finish as snow, it's what happens in between that will impact the amount of snow you see on the ground Thursday morning.

How Much Snow Will Fall?

There are a few uncertainties we are working on nailing down with the mixing scenario.

Exactly how much warm air gets pulled in, how far west the mixing line moves, and the duration of mixing. This will heavily impact total snowfall accumulation.

Some parts of the state (those north and west) could see up to a foot of snow. While areas just north and west of the city can expect anywhere from 6 to 12 inches of snow. Baltimore City's totals are now expected to be 1-3 inches and areas south and east of the city will mostly see rain.

After a transition period to a wintry mix, most areas will change back over to snow as the temperature drops. Our thinking for storm total snowfall accumulation is significant and will impact travel.

In addition, it will become increasingly windy as the area of low pressure undergoes cyclogenesis and strengthens.

Thus, blowing and drifting snow will likely occur, especially in areas that are cold enough to see snow throughout the entire storm event.

The storm will likely lead to more snow than all of winter 2019-2020; officially, Baltimore saw less than two inches of snow all last winter! 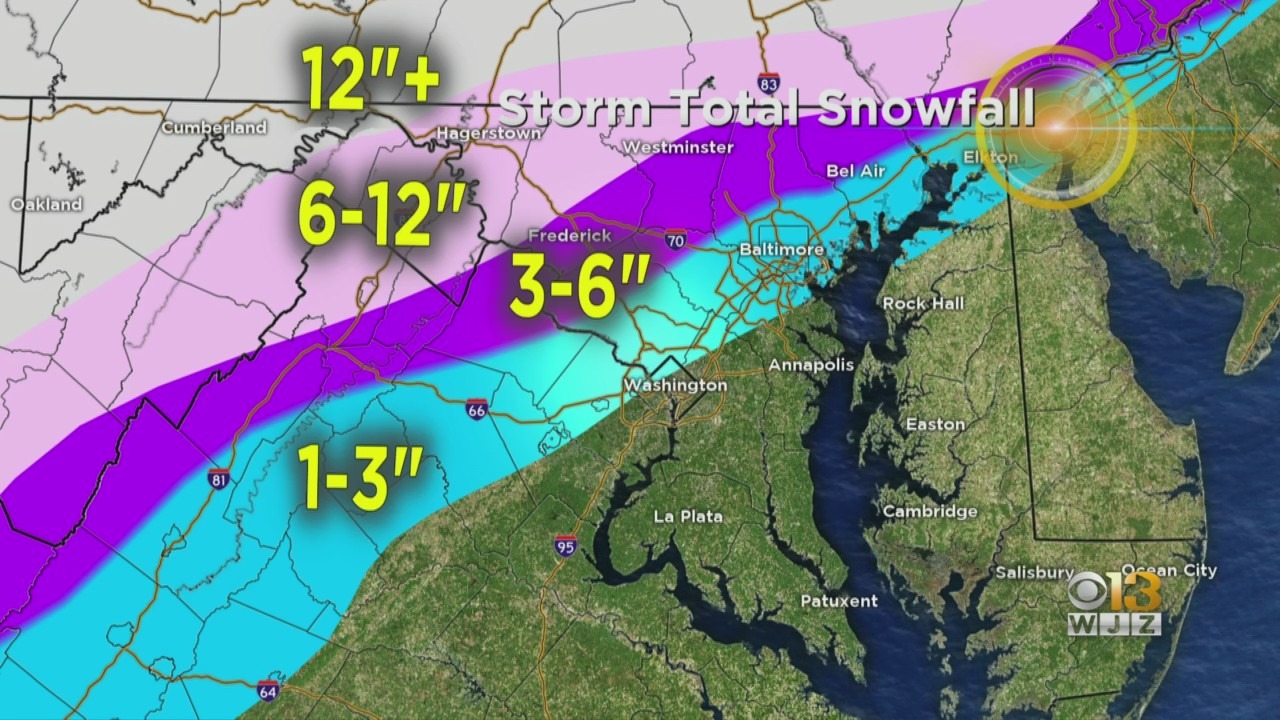 Baltimore City officials provided residents with some tips to get prepared for the storm.

"I want to be very clear, it's not just our team, who is already prepared and ready that needs to prepare, we also need the residents of Baltimore to plan ahead and be ready for snow," Scott said.

He called for residents' "full cooperation" to clear snow from City streets, asking everyone to be a good neighbor.

Baltimore City Could See Snow Wednesday: What You Need To Know

"Shovel your sidewalks, shovel your neighbor's sidewalks, especially those who are seniors, who know might have conditions that prevent them from doing that," Scott said.

Roads could be slick and power outages and water main breaks could be a concern depending on where you live.

Officials ask Marylanders to have water bottles on hand as well as batteries and flash lights.

WJZ's Weather Team continues to track the storm. Stay up-to-date with the latest forecast by downloading the WJZ weather app.