BALTIMORE (WJZ) -- As we deal with some of the coldest temperatures of the year, we are gearing up for one of the biggest snowstorms we have seen in quite some time here in Maryland.

A long-lived winter storm is on the way this weekend and is expected to last from Sunday morning through Monday night. Flurries will likely linger, even into Tuesday.

The snow will accumulate in two rounds. The first round arrives Sunday morning as an area of low pressure crosses east of the Appalachian Mountains. We could easily see 5"+ with this first found.

Expect icy conditions Sunday night into Monday morning with the next round of snow possibly beginning during morning rush hour. The slow-moving storm could last all day.

TIMELINE: When Is Snow Expected In Maryland?

Ahead of the storm, the National Weather Service issued a winter storm watch on Friday afternoon beginning Sunday. Included are: 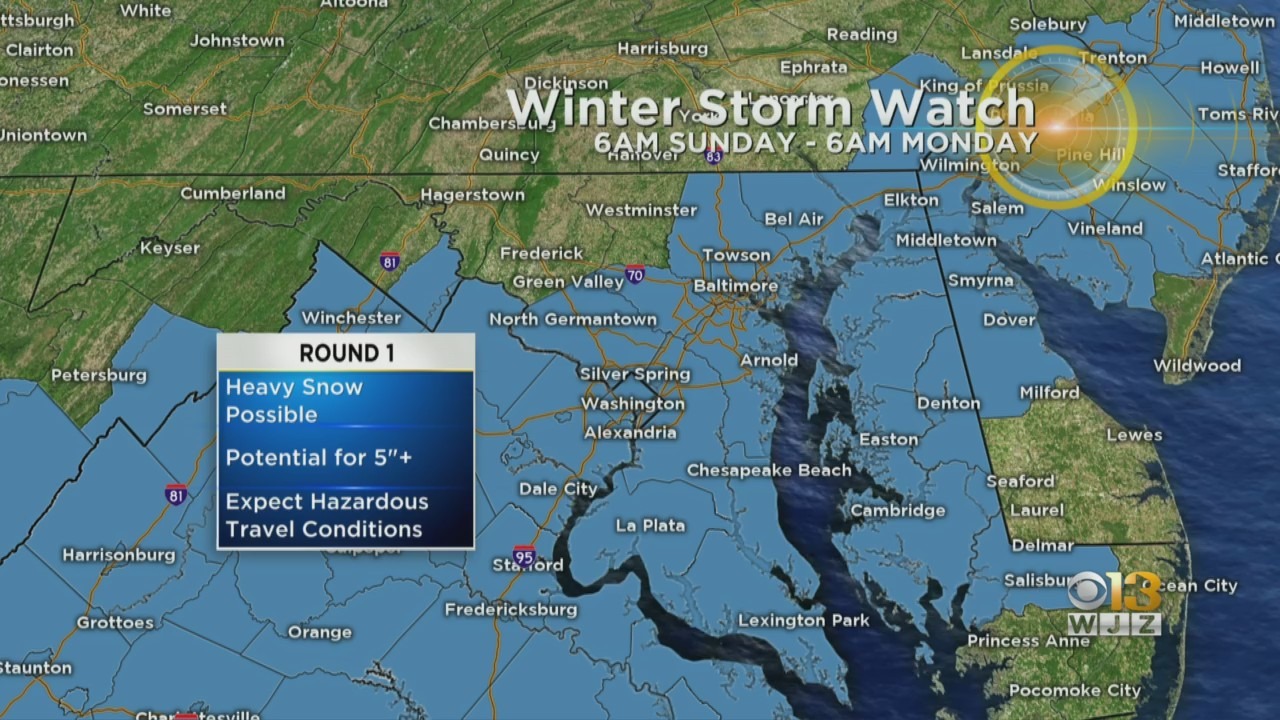 There is still some uncertainty as to where the heaviest axis of snowfall will set up, however, models are converging on the idea that the I-95 corridor will likely be included within this area.

We have created a 'Best Chance' snowfall map to give you an idea of where the highest totals will fall. 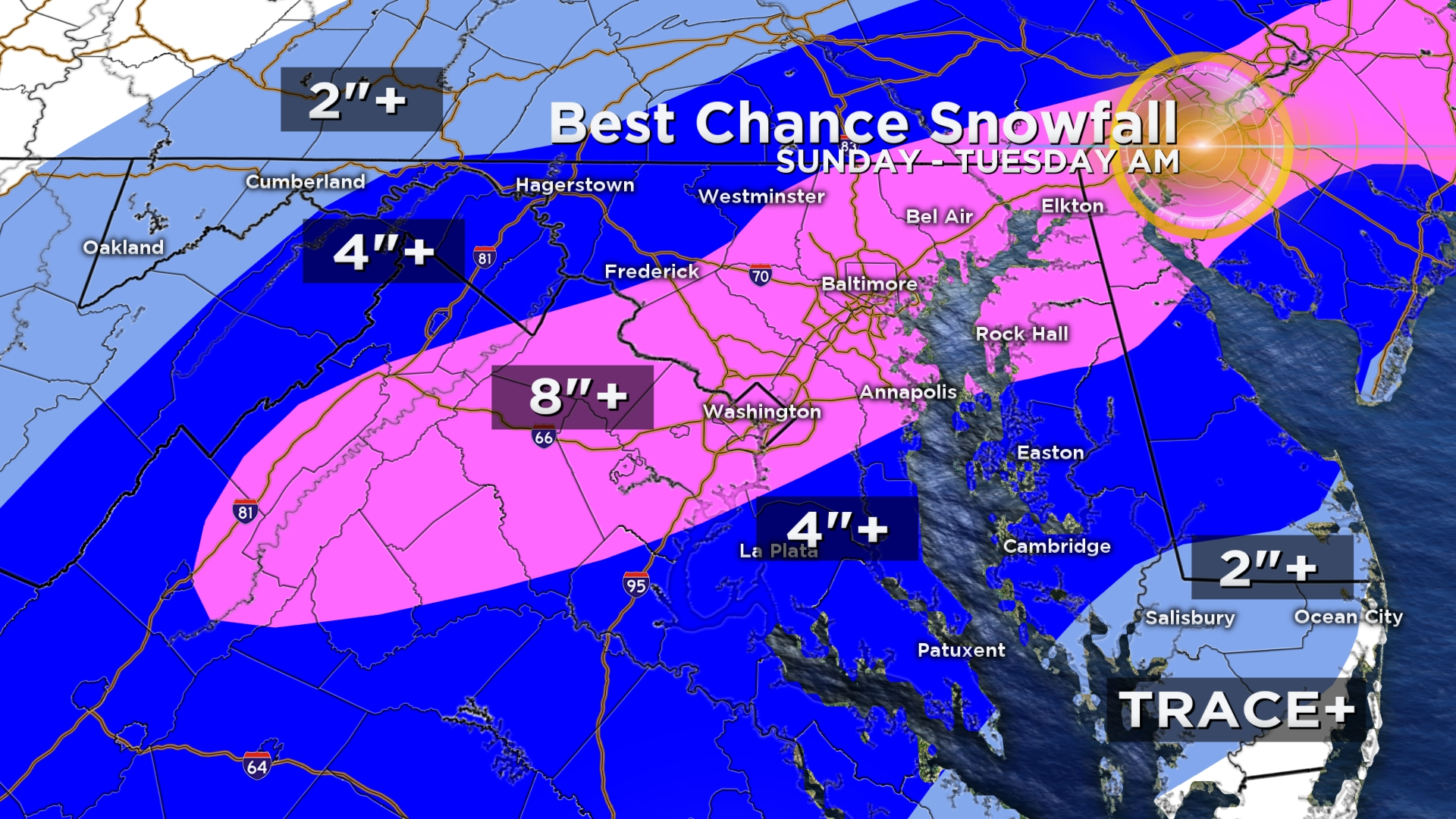 As we near the start of the storm, we will narrow down the numbers. We will likely be talking about shovelable… and even plowable snow for many.