BALTIMORE (WJZ) -- A line of showers moved through the Baltimore region in the noon hour on Monday.

These showers were able to produce some heavy rain in a few locations. 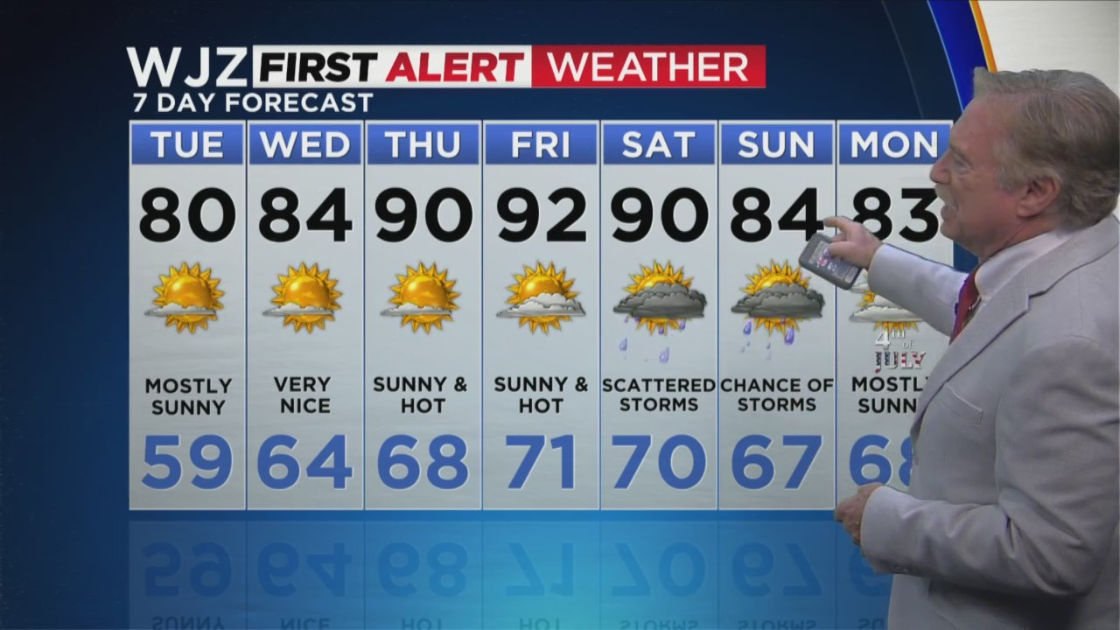 The area around BWI Thurgood Marshall Airport managed to pick up only .01" of rain.

A few spots north of Baltimore had over half an inch of rain.

All those showers were along a cold front, which has passed into the Atlantic Ocean, leaving the state dry late tonight.

Drier, more comfortable air is moving in this direction.

Baltimore and the surrounding region will cool down to the upper 50s overnight.

Tuesday will be the best weather day of the week. It will feature abundant sunshine and cooler, drier conditions with a high near 80 degrees.

A cool Tuesday night will lead to a slightly warmer Wednesday and Thursday.

In fact, temperatures in Baltimore may climb back into the upper 80s to nearly 90 degrees by the end of the week.

For the upcoming holiday weekend, expect a widely scattered shower or thunderstorm on Saturday night and on Sunday night.

Temperature highs will be near 90 on Saturday and the mid- to upper-80s on Sunday.

On the Fourth of July, the region should expect to see sunny skies and a high of 83 degrees. Make some outdoor plans because it's looking very pleasant at this time.