The shooting stemmed from a verbal dispute between the tow truck driver and another driver around 5:45 p.m. on the eastbound side of U.S. Route 50 at Veterans Parkway in Prince George's County, police said.

The tow truck driver and the other driver were arguing when that person fired a round into the tow truck, according to authorities.

An ambulance took the tow truck driver to a local hospital.

Police do not believe that the tow truck driver and gunman knew each other prior to engaging in a verbal dispute. 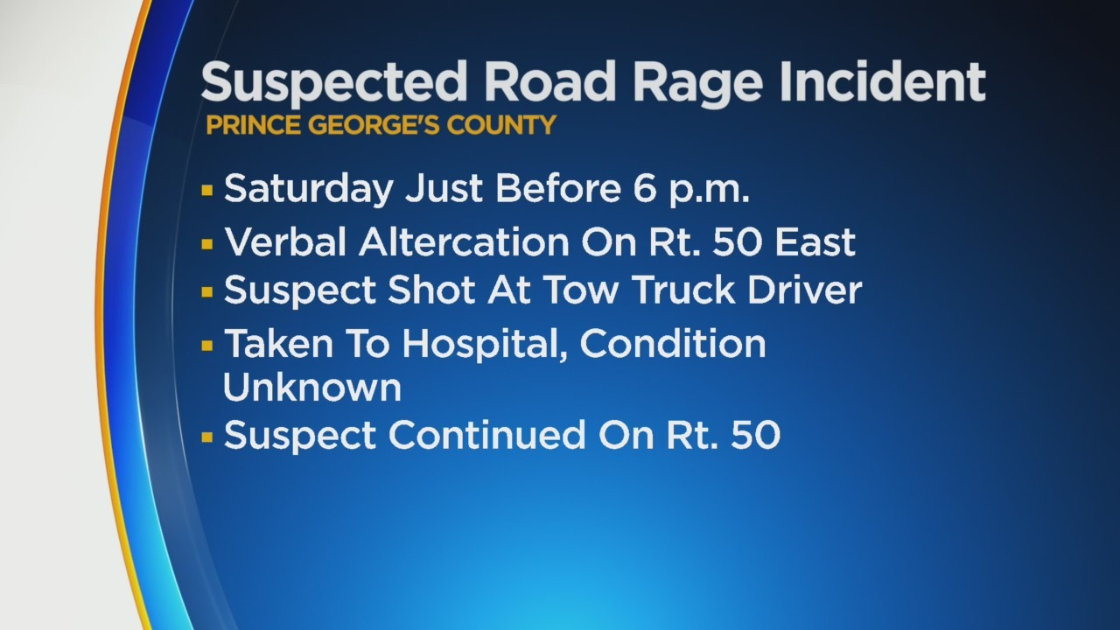 Maryland State Police homicide detectives are leading the investigation. Anyone with information on this case is asked to call the College Park Barrack at 301-345-3101.

The case remains under investigation.