ANNAPOLIS, Md. (WJZ) -- A 41-year-old Annapolis man charged in a shooting over the weekend that sent two children to the hospital says he opened fire following constant harassment from a group of juveniles who kicked open his door.

Upwards of 20 people had gathered outside the suspect's home Saturday night and they were harassing him for several hours, police said.

One of the victims, a 10-year-old girl, was shot in the back and had to go through surgery at Johns Hopkins Hospital.

A 14-year-old boy was also struck and taken to the hospital for treatment.

John Estep is charged with first-degree assault, dangerous weapon with intent to injure and reckless endangerment, among other offenses, Annapolis Police said.

Police said Estep initially called them at 6:07 p.m. saying a group of young people were constantly banging on his door. Officers responded but the juveniles had already left.

"They spoke to Mr. Estep and gave him an incident number, which is normal in that kind of situation," said Capt. Amy Miguez of the Annapolis Police Department.

Then, at 7:12 p.m., a neighbor called and said the juveniles were kicking in Estep's door. Just seven minutes later, officers received a call that shots had been fired.

"He continued firing, he also said, out the window of his residence," said Miguez. "And then he ended up leaving the residence, firing some shots as he was walking to his car, he said, as warning shots into the ground.

According to charging documents WJZ obtained, Estep said he opened fire after someone kicked in his door. Police wrote "he feared for his safety during this time."

"We believe that it rose beyond the level of mere protection of his life," said Miguez. "At the point when his house is being broken into and there's someone at his door coming into his home, he definitely felt a threat. As soon as the shots are fired, the group that was around his home flees, they run away. And at that point, there's no there's no further threat, we believe, to Mr. Estep."

Estep owned the weapon legally and turned himself in less than an hour after the shooting.

"But we definitely want people to call us rather than taking matters into their own hands. I mean, this could have ended much worse," said Miguez.

Estep's home still has bullet holes in the front and side windows. According to court records, he has lived there for seven months. 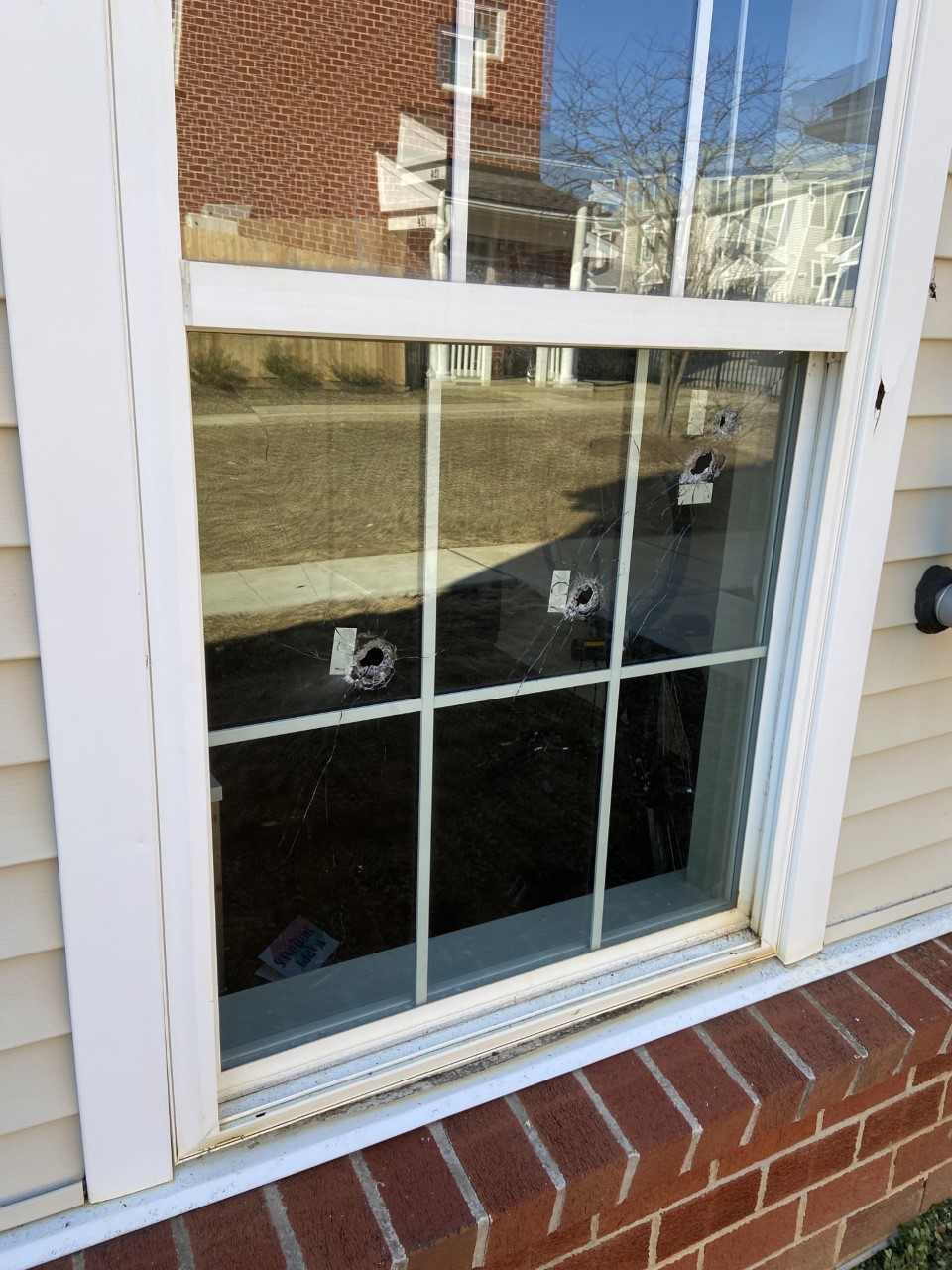 Captain Miguez said surveillance video obtained from the scene "goes to show the danger Mr. Estep felt he was in by the number of people surrounding his home, but also how quickly they dispersed when he started firing."

Several neighbors told WJZ Investigator Mike Hellgren they did not want to comment on the matter because they are fearful of retaliation.

One neighbor who asked not to be identified recalled hearing the shots being fired. She told Hellgren there have been problems with groups of juveniles in the area, and she does not believe the charges against Estep are justified. "We have had trouble with kids breaking into vacant apartments and destroying them. You call the police in, they'll come out here, but the parents still would not control their kids," the neighbor said.

Estep has been released awaiting trial. Court records show he has no prior record. He has been ordered to stay away from his home and not possess weapons.

Estep is scheduled to appear in court next month for a preliminary hearing.