BALTIMORE (WJZ) -- The top doctor in the Maryland Air National Guard is using his unique set of skills to help ensure the COVID-19 vaccine rollout goes as smoothly as possible.

Lt. Col. Dr. Jeff Woolford was born in Baltimore, became a pilot in the Air Force and then became a doctor before combining all of his skills as a flight surgeon. 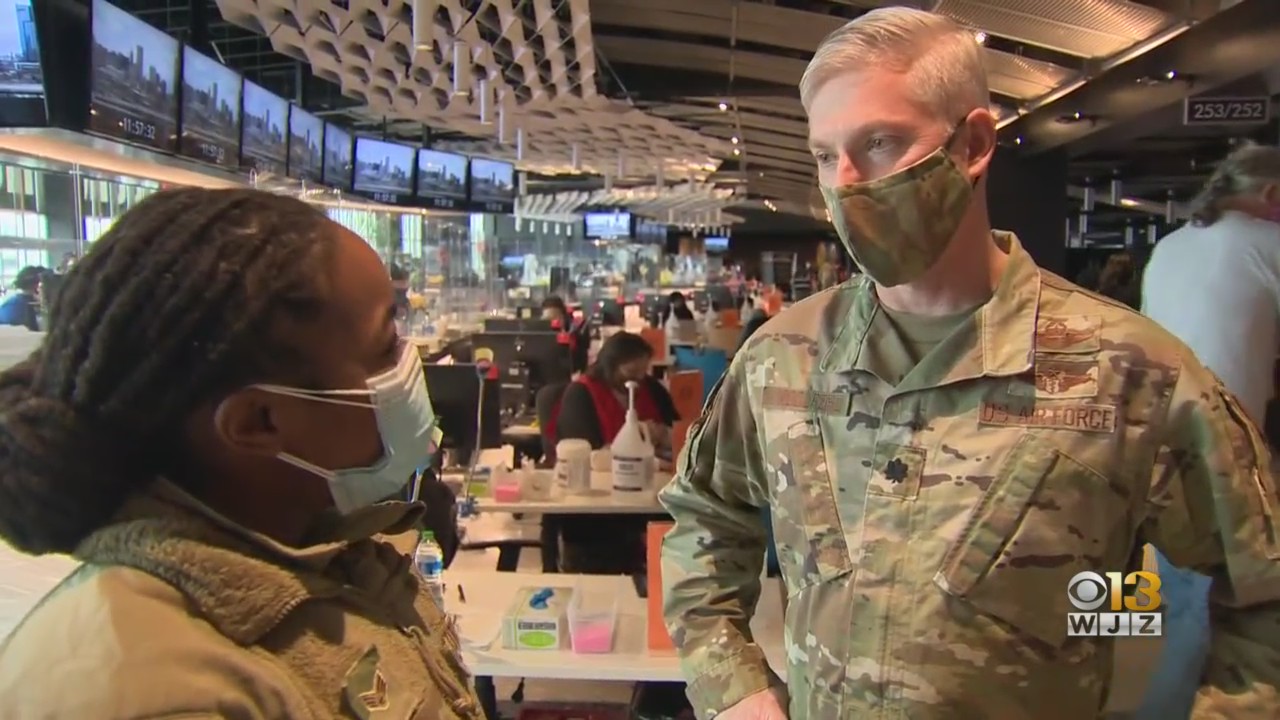 "It's about getting people back to normal, giving them confidence, and restoring hope in the community," he said.

It's a homecoming of sorts for the Baltimore native, who graduated from Westminster High School before enlisting in the Air Force as an aircraft mechanic in 1989.

Eventually, Woolford earned his wings as an A10 pilot, and it was during a deployment to Afghanistan he decided he wanted to become a doctor.

"Every other day we were on alert, and what I did is I would watch the medical teams take care of folks, not only Americans but Afghans, and I was inspired to come home and maybe, maybe learn a new trick," he said.

Woolford has lent his experience to a number of vaccination sites as well as to mobile vaccination support teams and the Vaccine Equity Task Force.

"On this mission right now sir, he's showing all support, and I truly thank him for that," Airman Johnnie Boggs, III, said.

After all of his missions, Woolford considers his most recent to be the highlight.

"It's really the culmination of everything I've learned as a doctor, as a pilot, as a leader, as an officer, and also it's an opportunity for me to pay back and also, more importantly, I consider it paying it forward," he said.

For the latest information on coronavirus go to the Maryland Health Department's website or call 211. You can find all of WJZ's coverage on coronavirus in Maryland here.