BALTIMORE (WJZ) -- Residents of Claremont Street in Highlandtown are concerned after a gunfight happened on their street Wednesday.

The incident was caught on a doorbell camera. WJZ exclusively obtained the video first. 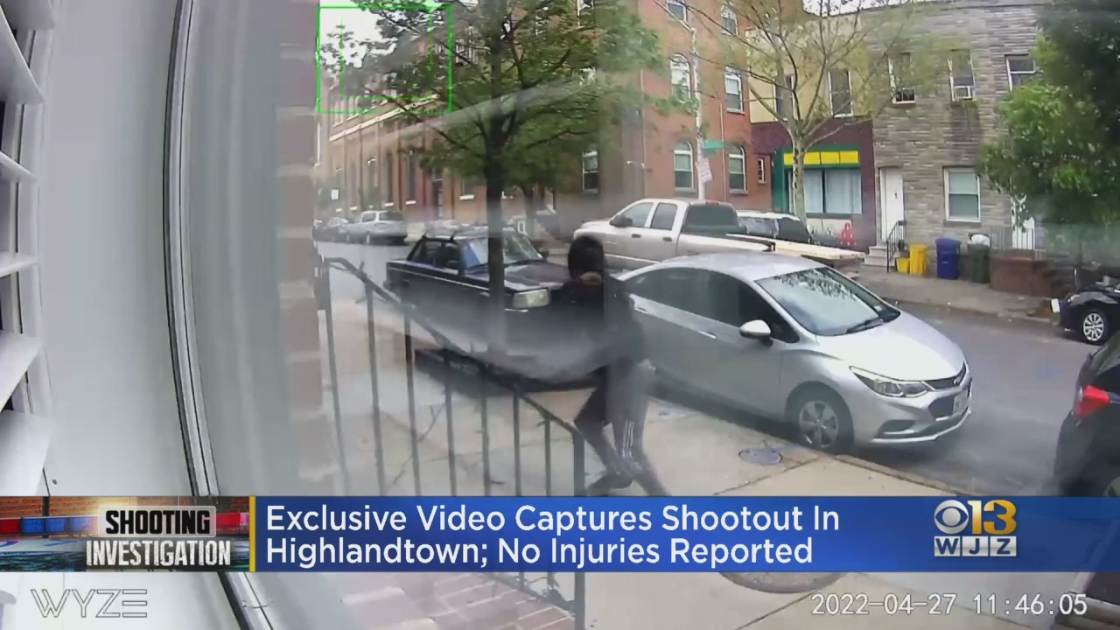 "Lots of shell casings everywhere," Sani, a resident of Highlandtown, said. "It was crazy. Like a TV show."

"I used to go out and sit on the porch and after yesterday," Theresa Landsman of Highlandtown said. "I'm not going to do that anymore."

We spoke with one neighbor through her doorbell camera. Her camera wasn't recording at the time of the shooting, but she has seen the video.

"I'm seriously thinking about moving and I was going to move close to here, but I think I've changed my mind," Landsman said.

Baltimore Police said, luckily, no one got hurt, but bullets hit two cars and a mail truck.

"To see my mail lady in shock and then seeing that bullet wound up there on the truck is terrifying," Sani said.

"This was one of those random things that happened to be on our street, but it wasn't about us," Sani said.

WJZ reached out to the Highlandtown Neighborhood Association, the president said there are concerns about recent illegal activity in the area.

"The police do everything they can," a neighbor who didn't want to be identified said. But if people get arrested and then let out, what are we going to do about that?"

Neighbors are also worried that not enough is being done about crime in other parts of the city. They expressed concern about a theft that led to shots fired in Northwest Baltimore last weekend, which was also caught on camera, and the murder of a Fells Point bouncer early Monday morning.

"I've lived in Baltimore my whole life and I have watched some neighborhoods that have gotten better," Landsman said. "But in return, the other ones have gotten extremely worse."

Meanwhile, the tight-knit Claremont Street community is trying to heal.

No arrests have been made in the shooting yet.