ANNAPOLIS, Md. (WJZ) -- Maryland officials announced that the additional $300 in unemployment benefits from the Federal Government will end on July 3. Meaning, the extra cash of at least $1,200 per month that some people were relying on will end in less than 30 days.

Governor Larry Hogan made the announcement Tuesday and the decision came as a shock to people who were expecting the extra $300 per week at least until September.

"You plan for September and then it's like oh you're about to lose two entire months especially if you're still waiting on money from unemployment you've never been able to catch up, it's like pretty upsetting," said Mallory Thompson.

Thompson has a young daughter and she said it's harder for her to get a job because of the limitations she faces with child care.

A statement from the Governor's office reads:

"Our health and economic recovery continues to outpace the nation, and we have reached the benchmark set by President Biden of vaccinating 70 percent of adults," said Governor Hogan. "While these federal programs provided important temporary relief, vaccines and jobs are now in good supply. And we have a critical problem where businesses across our state are trying to hire more people, but many are facing severe worker shortages. After 12 consecutive months of job growth, we look forward to getting more Marylanders back to work."

"I also find it exceedingly disappointing to hear the news yesterday that Governor Hogan joins a growing list of Republican governors ending a critical economic lifeline to tens of thousands of Marylanders who still through no fault of their own find themselves without a job," said Franchot.

The Governor's office said the state will clear up all existing requests for unemployment. 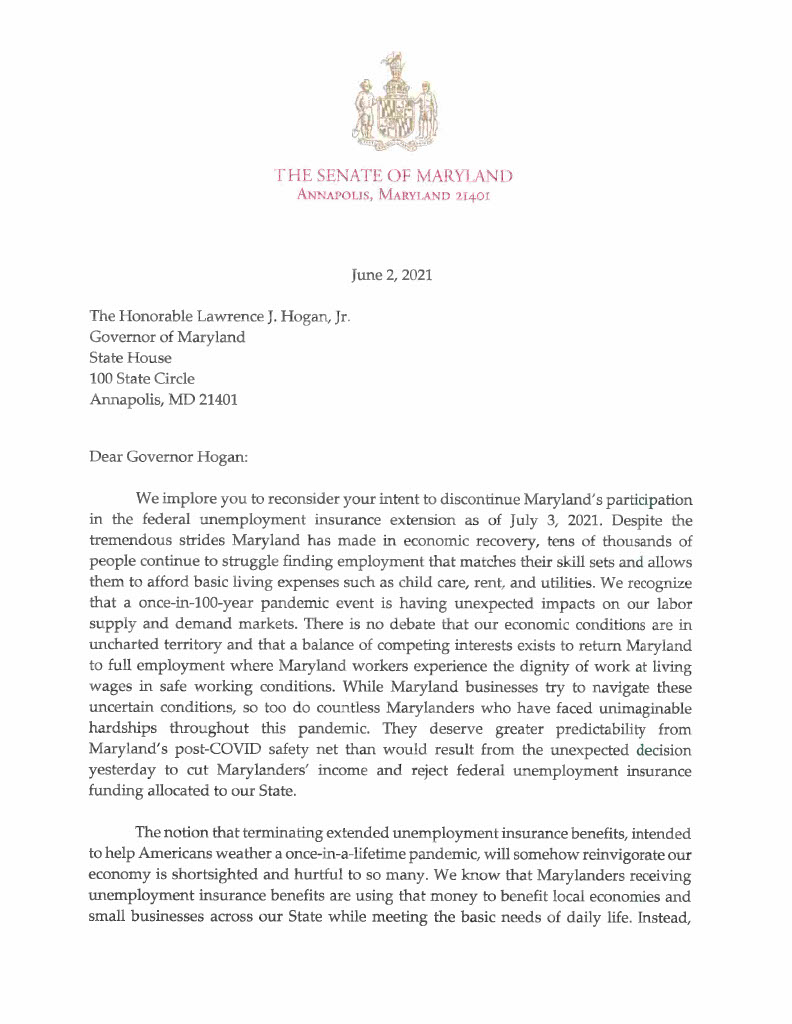 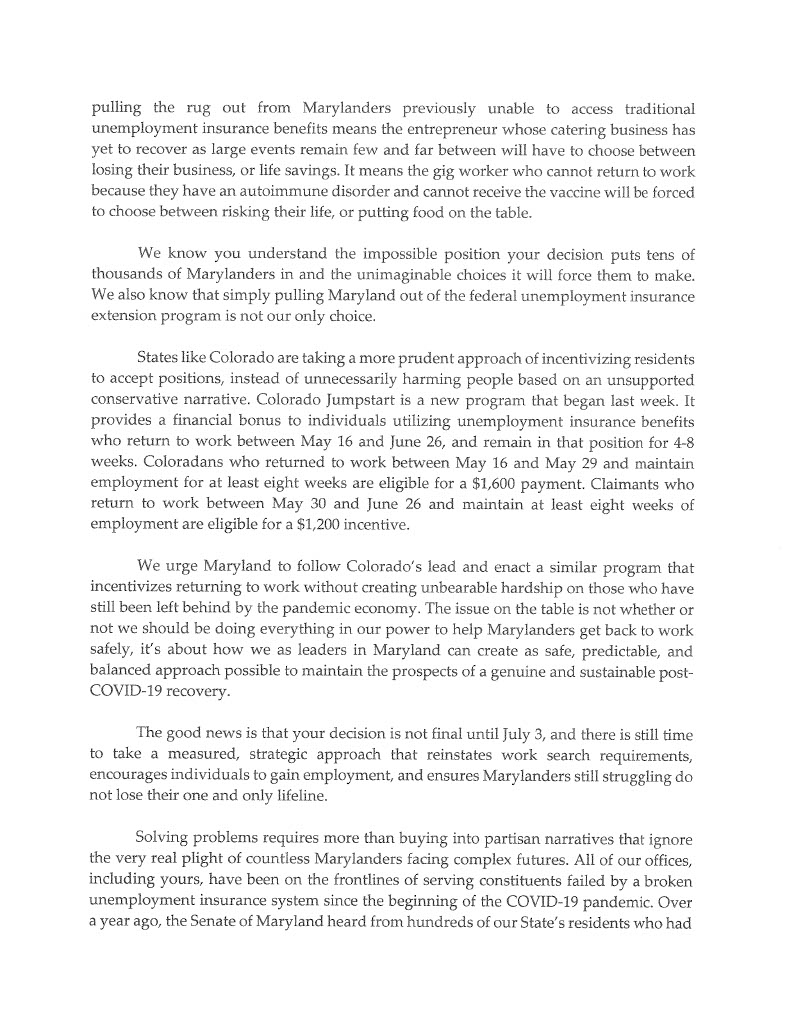