Michael Doerrer, a district spokesman, said Nash was no longer employed with the school system, but he didn't comment on the circumstances.

Nash started working as a web experience coordinator in November. Among her responsibilities was to run the district's social media accounts.

On Jan. 5, a student tweeted to the Twitter account, @FCPSMaryland, asking schools to close "tammarow." Nash reportedly wrote in response from the school Twitter feed: "But then how would you learn how to spell "tomorrow?" :) 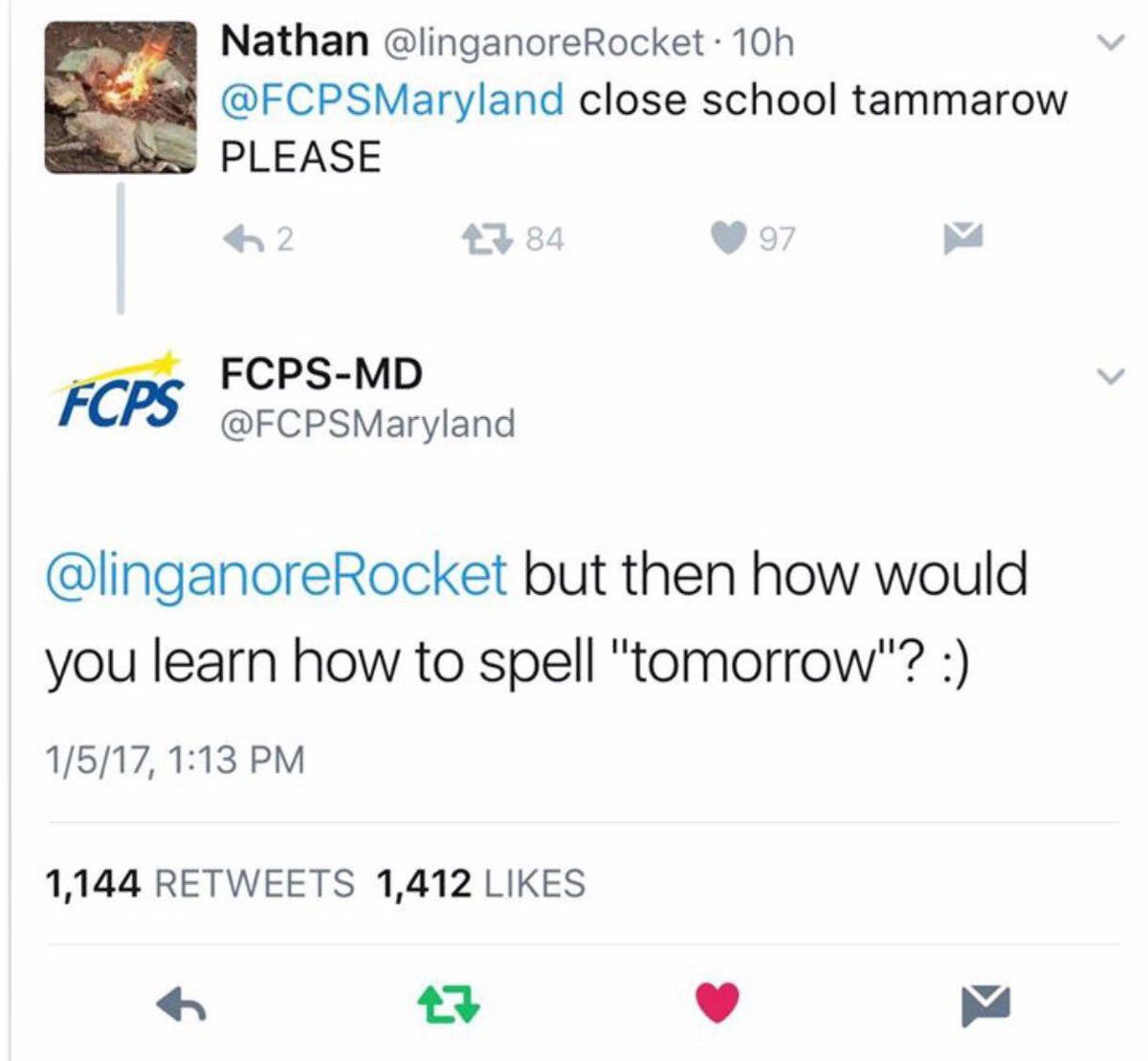 The response from Nash's FCPS tweet received more than 1,000 retweets and 1,000 likes and she became the subject of a hashtag, #KatiefromFCPS. And later #freekatie also appeared in students' Twitter feeds.

The student later wrote that he didn't mind Nash's original reply and didn't take it personally.

Nash said Friday she was told not to tweet anymore after the initial attention, but she still had access to the FCPS Twitter feed. She continued to tweet calendar updates and things that had already been posted through Find Out First, a county schools news alert system.
She was asked at around 2:30 p.m. Friday if she had time for a meeting. She said she was given a letter that she had been terminated from her assignment.