Autumn is a beautiful and exciting time of year in most northeastern states, and Maryland is no exception. Baltimore County, especially, has plenty of great sights and activities worth visiting during the fall season. Here are some of the highlights.

Like most major cities, Baltimore hosts its own version of the world-famous Oktoberfest. This epic celebration of German culture and brewing talents is the highlight of many people's fall season. Come join in the fun on October 11th at the M&T Stadium where tents will be pitched in the expansive parking lots surrounding the stadium and all of the classic Oktoberfest activities will be held. Show up that Saturday and receive a complimentary tasting glass at the door. Then enjoy a drinking tour through the brewing culture of Old World Munich. Guests are encouraged to taste as many beers, wines and schnapps as they want with the provision that they drink responsibly. Show up in authentic German garb and receive a complimentary lanyard. In addition to the beer, enjoy the music and the variety of German foods that will be available in excess.

The Maryland State Fair is a highlight of each year in the Baltimore County area. The fair, which runs from August 22 through September 1, features everything that one expects from a State Fair. There are farm booths, carnival games and rides and loads and loads of booths for fair foods. Practically every day of the Fair features special events. Highlights include the Maryland State Fair Museum, the Slime Lab, the Super Chef Series and the Miss Maryland Agricultural Contest. The Fair also has some pretty impressive musical guests. This year's entertainment features Great Train Robbery, Grand Funk Railroad and Phil Vasser. But the fun doesn't stop with the State Fair. The Maryland Fairgrounds hold events throughout the Fall. Other highlights include a variety of Farmers Markets being held throughout October, a Gun Show, the October 12th Crab Feast and the Irish Festival. This is just a small sampling of a schedule which is crammed full of fun and family-friendly events. Visit the events calendar and look for events happening almost daily.

For nearly 50 years, the beautiful bay-side neighborhood of Fells Point has been holding a large, fun-filled festival during the autumn months. This year, the festival is being held between October 3 and October 5. The Festival includes four separate stage performances by various musical artists, a "Kid Zone" with its own kid-friendly performances and a variety of street performances as well. Vendors and booths for every kind of food product, drink and souvenir will be represented at the fest. Imagine streets lined with range cookers frying up steaks and pit beef and full Italian sausages and brats, tables overflowing with freshly steamed and spiced crabs, and every treat and baked good imaginable. As a long-standing Baltimore tradition of half a century, Charm City residents and sponsors pull out all the stops to make the Fells Point Fest the most memorable fall experience in the county - an excellent reason for you to be there. 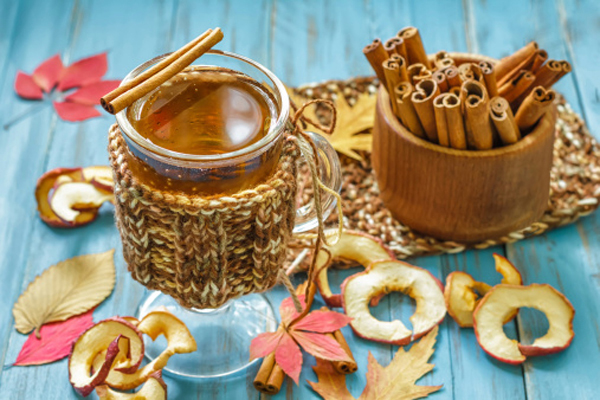 Apples are a big part of the autumn season, at least in the Northeast, and one of the main treats that people crave as the air begins to take on a bit of a nip is apple cider. Having been the oldest cider mill in continuous use in Maryland, Weber's is the natural choice for Baltimore residents to get their fresh-pressed cider, as well as produce and seasonal baked goods. Weber's allows visitors to pick their own berries, peaches, apples and other items or pick up the pre-picked items it happily sells. Weber's has expanded beyond its orchard roots, though. It also offers a variety of farm-fresh meats and produce. Come around to pick up a farm-raised turkey for Thanksgiving, and while there, grab a treat at the on-site baked goods and ice cream shop, then pick up hand-made souvenirs at the gift shop. Weber's doesn't stop its autumn activities with selling all of the fall treats you already love; it offers a variety of activities to any visitor who happens to stop to shop. Enjoy the Pumpkin Palace, hayrides for the whole family, Straw Maze & Mini Maze for the younger ones, Boo Barn & Giant Hillside Slide, Pedal Tractors and Duck Races and Gem Mining and Farm Animals.

The Shindig in Baltimore is the concert that will get the blood pumping of any rock fan. Meeting this year on September 27, the lineup features Jane's Addiction, Rise Against, Clutch, Halestorm and quite a few more. It will also feature a number of local artists such as the Charm City Devils. The Shindig has been going on for a few years now, and Baltimore music fans look forward to it with more anticipation each year as the lineup becomes ever more impressive while still promoting local talent. While The Shindig hosts two separate stages, there are no overlapping music sets. There will be, however, plenty to eat and drink at the adjacent Vending Village in the Woods. Come out and stay all day for some of the best music around in the time of year when it's perfect to be outdoors all day. The tree-shaded park will give visitors just the first hints of the fall foliage of Baltimore City.

Related: Apple A Day: Pick Your Own Orchards Near Baltimore

Joel Furches is a freelance writer and researcher for The Examiner and Logos Software, and also manages his own catalog of writing on Hub Pages. Joel is on the board of directors for Ratio Christi. He has a bachelors in Psychology and a Masters in Education.