BALTIMORE (WJZ) -- Five Baltimore City students found out they're getting a full-ride scholarship to college in the surprise of a lifetime Monday.

WJZ followed McDaniel College representatives and the Green Terror, the school's dragon mascot, as they spread joy from school to school. 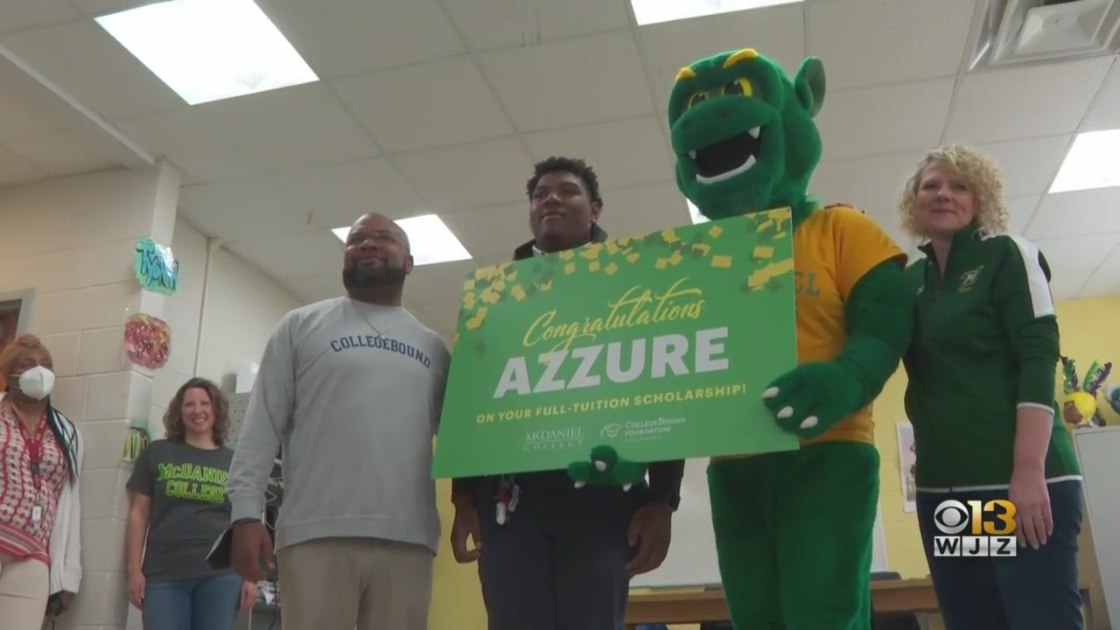 First up was Azzure Brooks, who is ranked third in his class at Coppin Academy and already has 21 college credits from his dual enrollment courses.

"Even when there were days when I didn't want to get up and go to school and still going to school, just paid off," Brooks said. "I plan on majoring in cybersecurity, and I definitely plan to commit to McDaniel now that I have a scholarship."

Jay Artis was up next. She's the valedictorian and vice president of her class at Green Street Academy and plans to major in psychology. 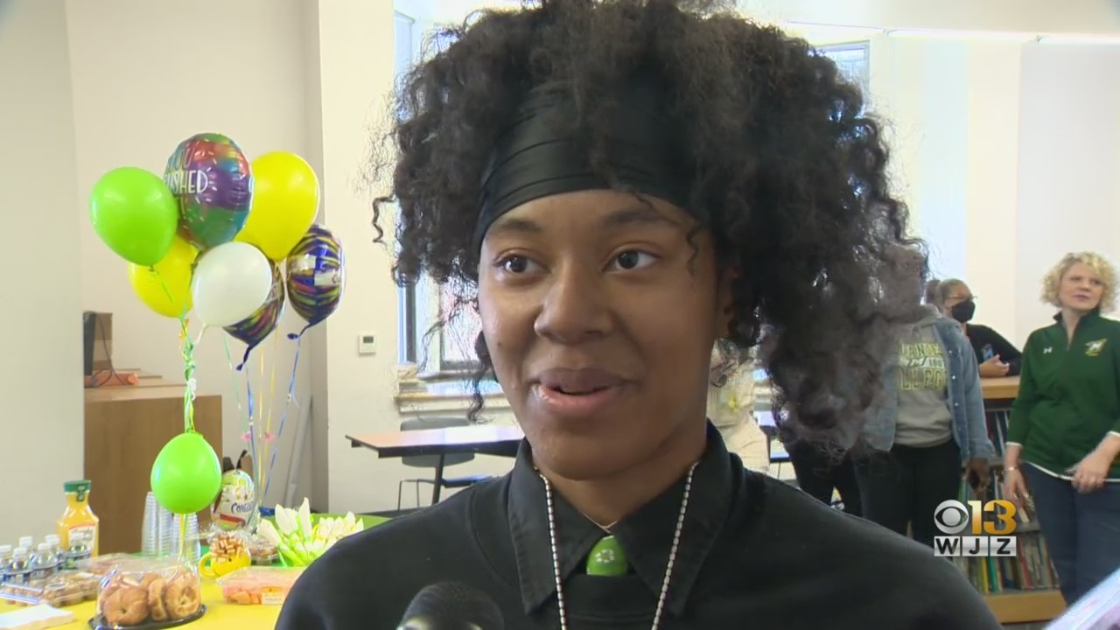 "I was basing my college decision off of money and financial aid and I'm happy that it's possible," Artis said.

Kevin Quintanilla has completed the most rigorous curriculum at the Academy for College and Career Exploration. He works part-time at his church and plays guitar and piano.

The next two honorees are seniors at Baltimore Polytechnic Institute—Whitney Patterson and John Anthony Pitogo. Both have GPAs well above 4.0.

Patterson is the co-section leader of her school's marching band. Pitogo is a drill commander in the Air Force ROTC.

"I'm honestly astonished," Patterson said. "I'm really surprised that I was able to get the scholarship."

"It's extremely exciting because [McDaniel] is one of my top choices so it feels great to, you know, get the scholarship," Pitogo said.