Firefighters determined that the blaze was electrically fueled, so personnel were evacuated and Baltimore Gas Electric was called.

The fire was extinguished once BGE de-energized power to the structure.

Authorities say the fire was caused by an electrical malfunction. 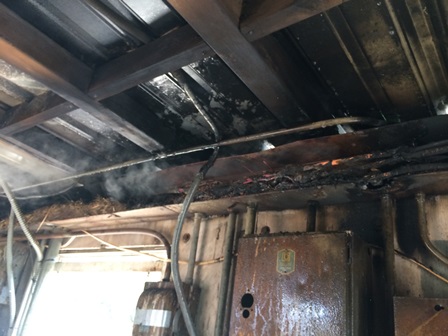