BALTIMORE (WJZ) -- As many as 600 people gathered in Baltimore Thursday night to protest president-elect Donald Trump.

It started around 6 p.m. Thursday in the 2000 block of North Charles Street, with only a few dozen people.

By 8:30 p.m., hundreds were outside M&T Bank Stadium, where the Ravens were playing the Cleveland Browns.

The protests did not conclude until about 10:30 p.m.

The group was mostly peaceful. Two people were detained, according to Baltimore police. No one has been charged.

At about 7 p.m., hundreds of people blocked the roadway at the Washington Monument. 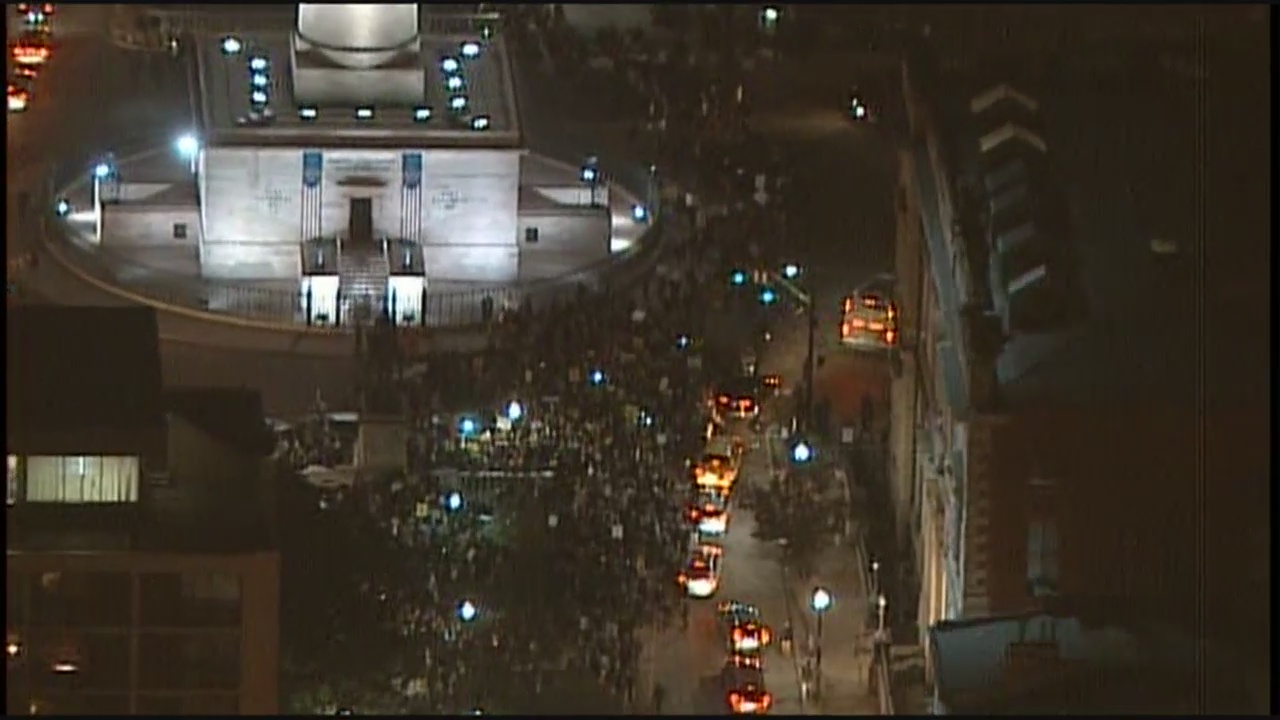 By 7:30 p.m., the group had marched to the ice rink in Baltimore's Inner Harbor.

Protesters tell WJZ they will not support a Trump presidency, even though he is the president-elect.

This is a developing story. Stay with WJZ and CBSBaltimore.com for the latest.