The Washington Animal Rescue League says three four-month old pit bull puppies were seized back on April 13, after they were found living in unfit conditions.

Veterinarians say all three dogs--Chase, Klondike and Haagen Dazs—were found suffering from chronic medical conditions that would have had to have gone months untreated to reach the level of severity that they observed upon admission.

Chase, was the most severely affected and needed emergency care. 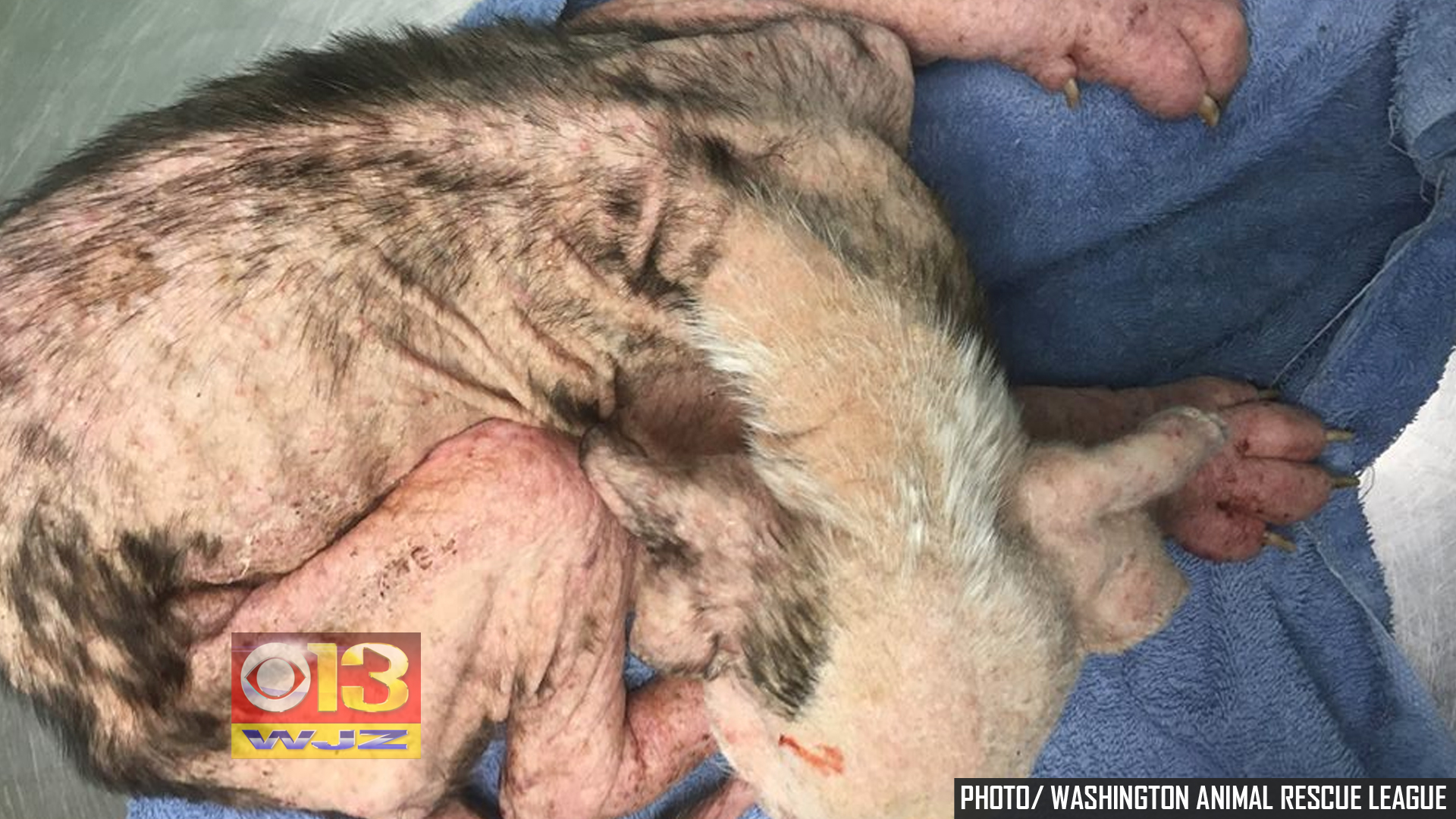 Vets say he was found to be suffering from demodectic mange over his entire body with a massive secondary skin infection. He was also emaciated, dehydrated, hypoglycemic (low blood sugar), hypothermic (low body temperature), anemic, hypoalbuminemic (low blood protein) and very weak – unable to walk under his own power for well over the first week at the hospital.

The baby pit bull was hospitalized for 12 days where his conditions are now improving.

"By the age of four months, Chase and his two siblings had experienced more suffering than any living being should be subjected to in a lifetime," said Lisa LaFontaine, President and CEO of WHS/WARL. "Cruelty to animals in any form can never be tolerated and the people of our community should know that we will relentlessly pursue those that commit these crimes."

The Washington Animal Rescue League says Klondike is currently in foster care, Haagen Dazs has been adopted and Chase continues to receive treatment.

The three puppies have received more than $9,000 in medical treatment.