BALTIMORE (WJZ) -- Crisis counselors on Friday made their rounds in the Barclay neighborhood, offering support to the neighbors of a couple killed in a drive-by the night before.

The counselors from the Mayor's Office of Neighborhood Safety and Engagement (MONSE) went door-to-door along East 23rd Street in hopes of providing comfort to those who knew the victims or lived nearby.

Angel Smith, a 38-year-old mother who was seven months pregnant, and her fiancé were shot about 8 p.m. in what authorities described as a drive-by shooting. Neither survived, but Smith gave birth to a newborn girl, who is listed in critical condition.

"They were just going around letting us know, like people were checking in on neighbors," said one neighbor who did not wish to be identified. "They gave us a phone number to call and said that other people might be checking in."

Shantay Jackson, director of MONSE, said the agency mobilized teams of counselors on Friday to perform mental health and trauma checks. Jackson said these checks are part of Mayor Brandon Scott's strategy to reduce violent crime in the city. 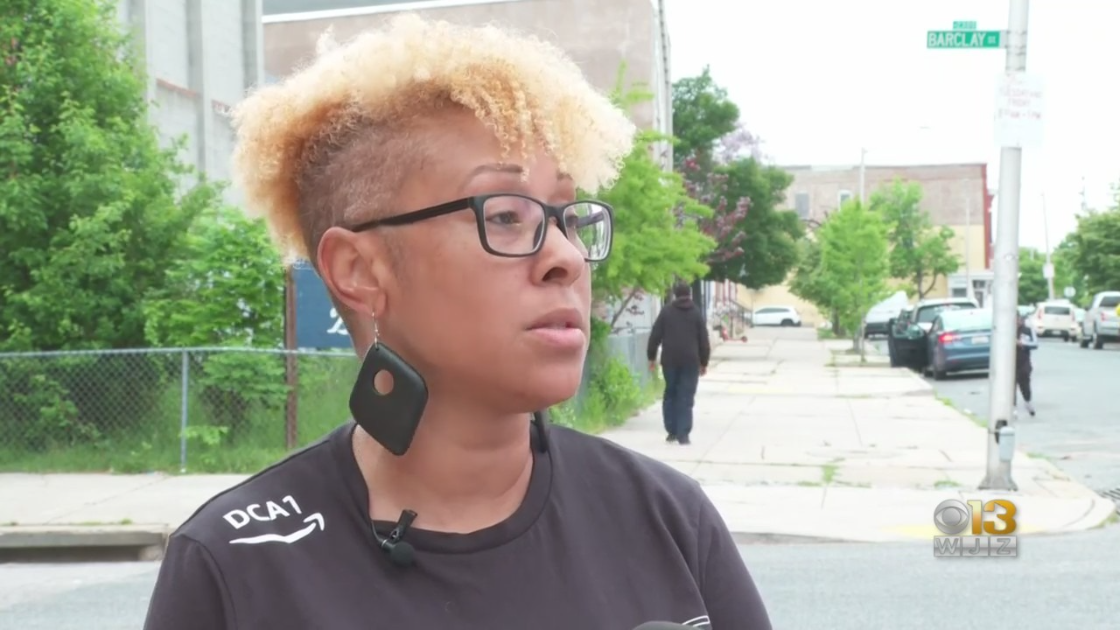 She said the street where Smith and her fiancé were shot is normally quiet.

Checking on residents immediately after a shooting is important because the violence can be triggering, she said.

"We spoke with a neighbor who has a past history of gun violence," Jackson told WJZ. "This brought those memories back up in a very re-traumatizing way that made her feel like she was being revictimized over again."

After the counselors left East 23rd Street, they visited two other locations in the city that were rattled by gunfire this week.

"It was nice to have someone check in," a neighbor said. "Just that reassurance was welcomed."

Jackson, the director of MONSE, said some of the neighbors counselors spoke with expressed a desire to move. She said the agency does offer relocation assistance to those directly impacted by gun violence.