BALTIMORE (WJZ) -- Federal prosecutors are fighting back against a former Baltimore police officer's attempts to get his conviction vacated.

Prosecutors said Daniel Hersl admitted to stealing from citizens despite his claims he was a clean cop. In a new court filing, prosecutors revealed for the first time an August 2017 "proffer" interview Hersl granted them and the FBI where he said he took money six times. It was never used against him at his trial.

Hersl was a member of the notorious Gun Trace Task Force, which was at the center of the largest corruption scandal in Baltimore police history.

Hersl is serving an 18-year prison sentence for crimes committed while part of the GTTF and has always maintained his innocence.

In the August 2017 interview, Hersl admitted taking money from one victim at Penn and North and using it to buy lunch for fellow officers.

According to the interview, he also stole money from a police fund used to pay confidential informants and covered for GTTF ringleader Sgt. Wayne Jenkins who was stealing massive amounts of drugs.

In the interview, he admitted taking a Chanel purse while exercising a search warrant on Boston Street.

Prosecutors wrote, "Hersl is lying when he tells the court that 'The defendant did not admit to taking money from any of the victims portrayed at the trial.' He did over and over again during his second interview with the government."

Hersl previously wrote letters from prison that he was a "good cop working with bad cops." He repeatedly said he never stole from anyone. Hersl was one of two officers charged in the scandal to go to trial instead of taking a plea deal.

Hersl is also currently being sued by Baltimore rapper Young Moose, Kevron Evans, who says the officer repeatedly harassed him and planted drugs on him.

"Whenever Mr. Evans would ask, 'Why are you doing this to me?' Officer Hersl would point to his badge and say, 'Because I can,'" said Mandy Miliman, a lawyer for Evans, in an interview with WJZ in March.

You can read Hersl's proffer interview with federal prosecutors here: 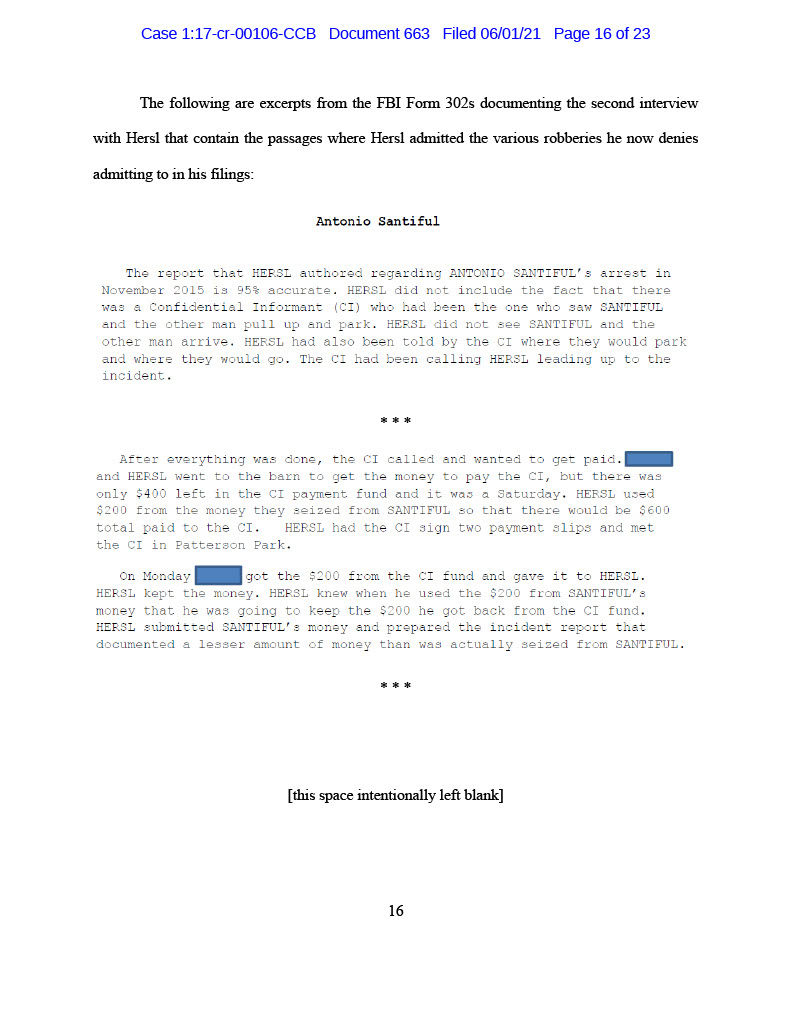 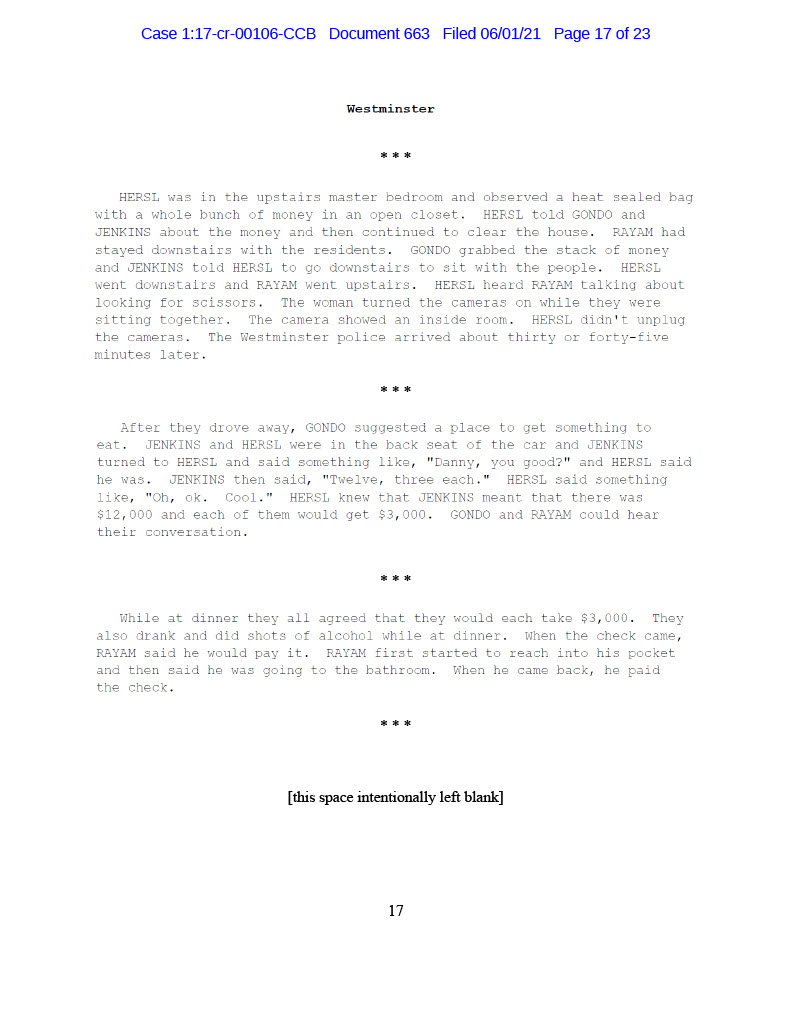 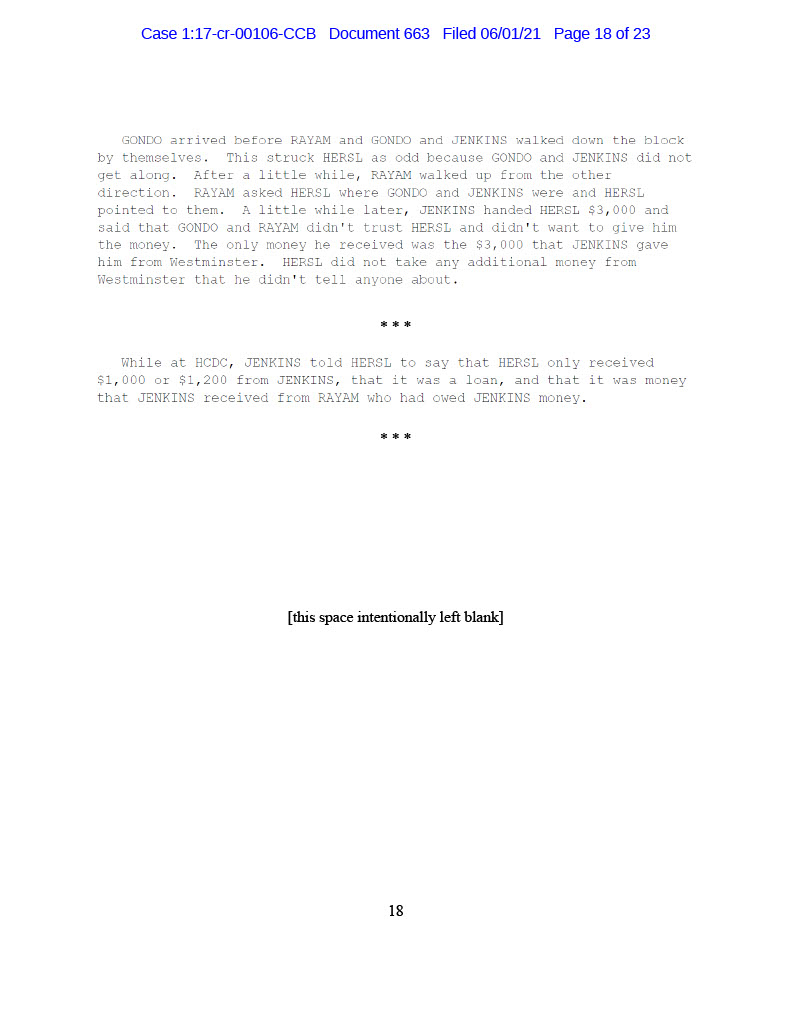 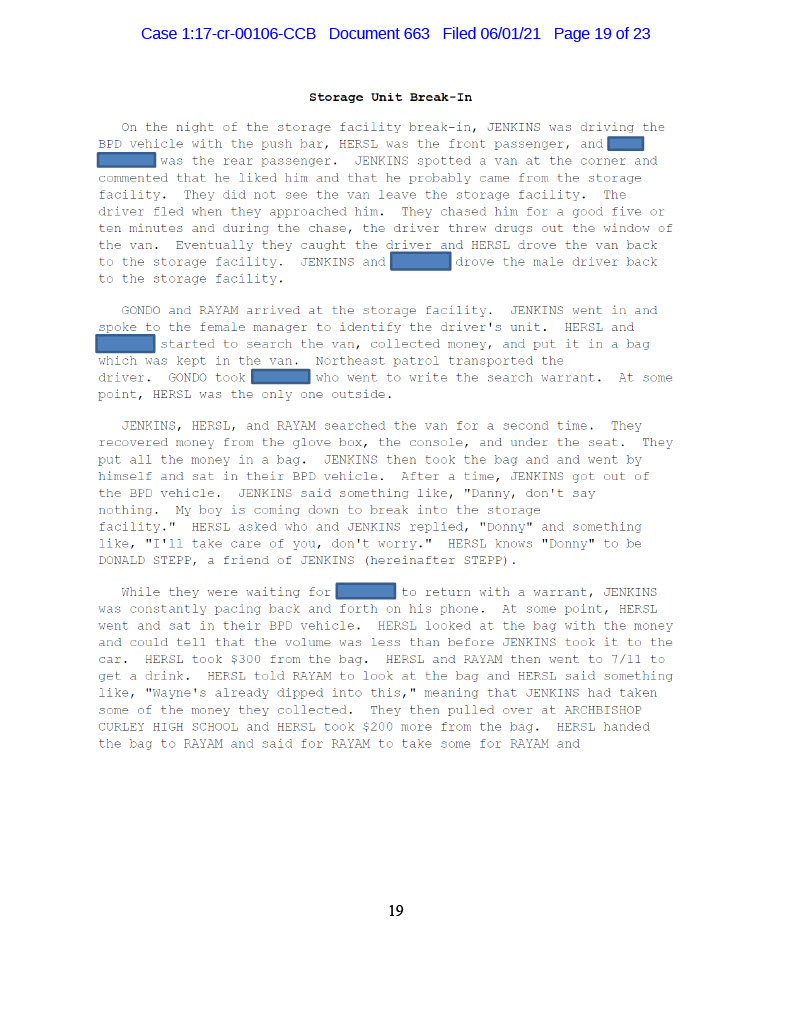 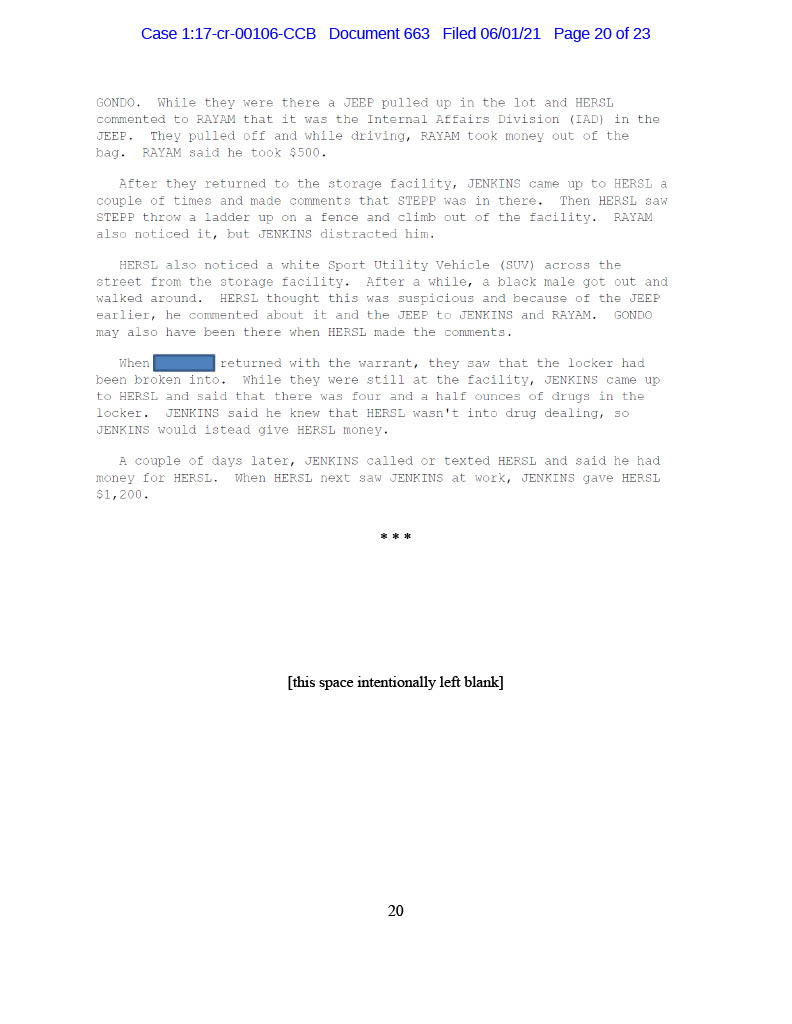 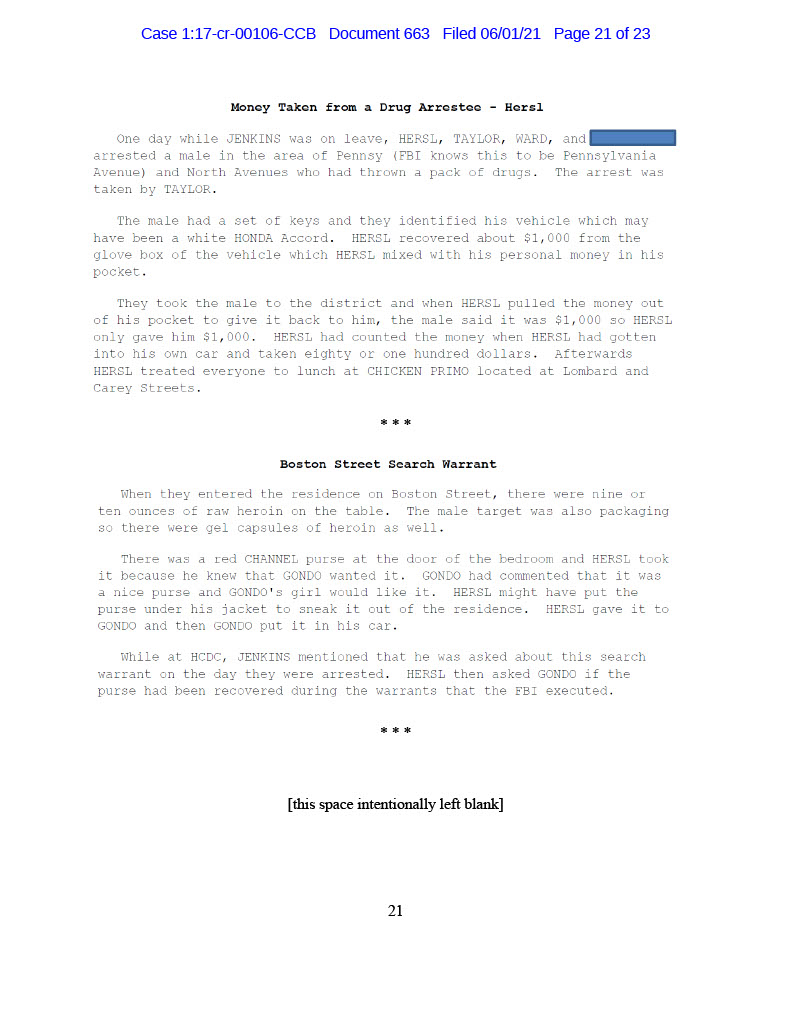 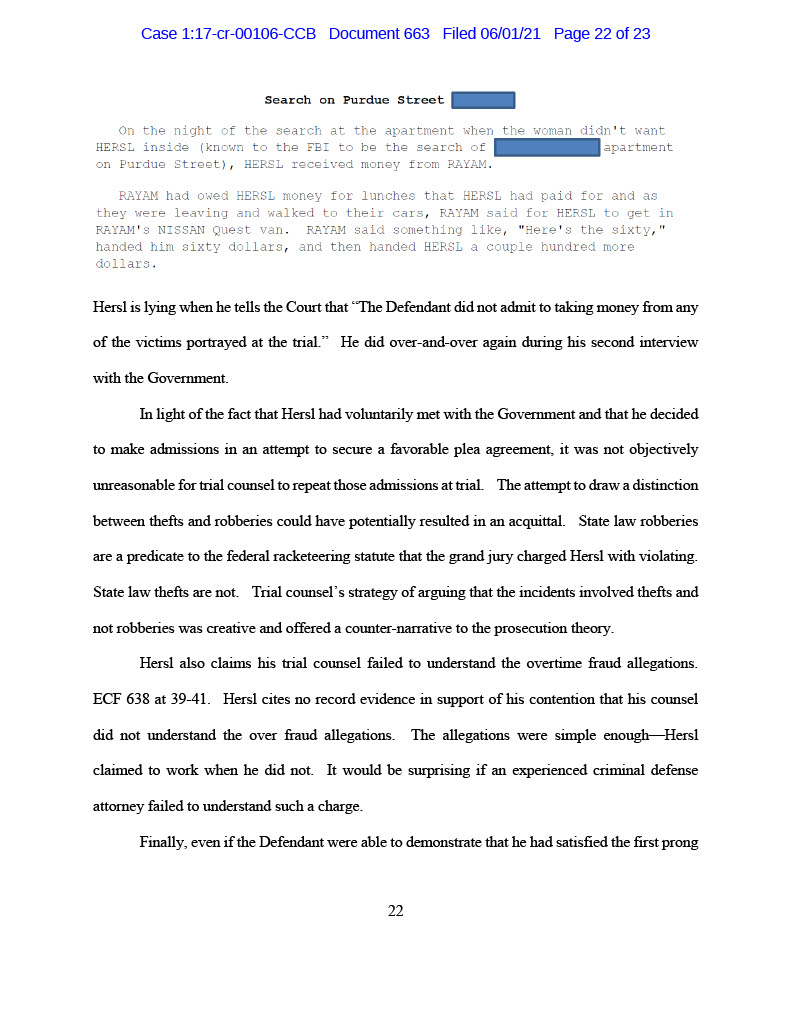 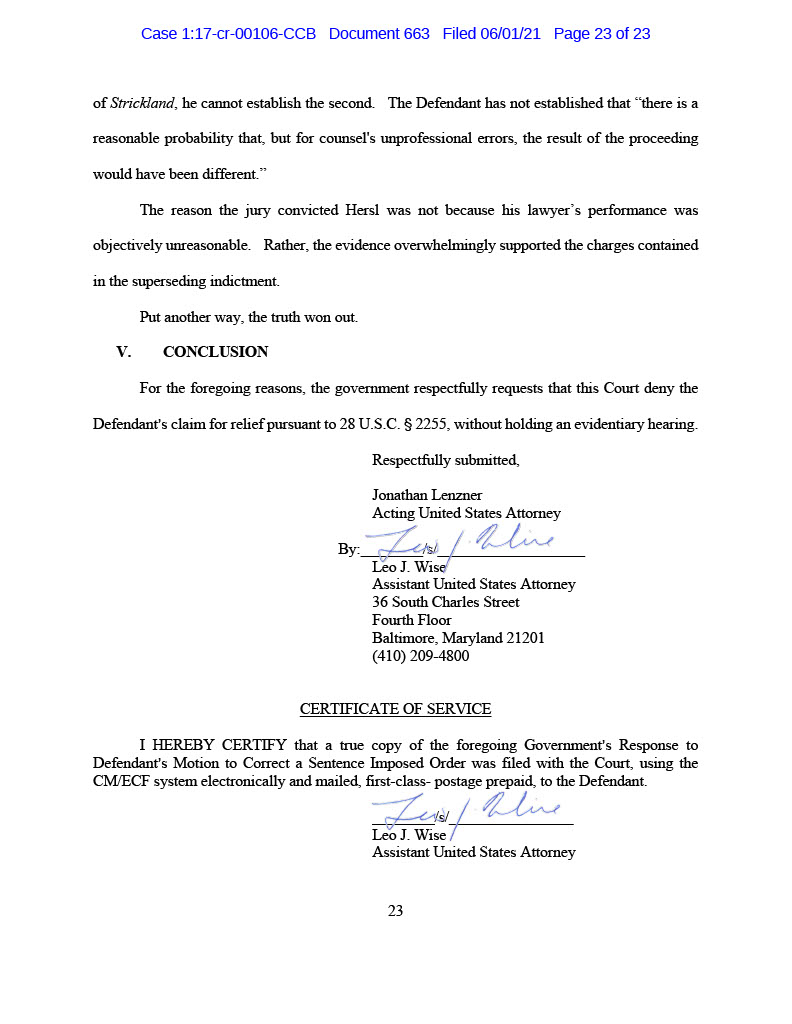