BALTIMORE (WJZ) -- Baltimore police shot a 13-year-old boy Wednesday. They say he was brandishing what appeared to be a semi-automatic pistol and then ran from officers. It turned out to be a replica gun.

Rick Ritter with more on what happened.

Just after 4 p.m. Wednesday, shots rang out near the McKim Community Center in Northeast Baltimore.

The 13-year-old was shot by police in the leg and the arm, suffering non life-threatening injuries. The police commissioner says the fake handgun he was holding was a dead ringer for a real Beretta handgun. 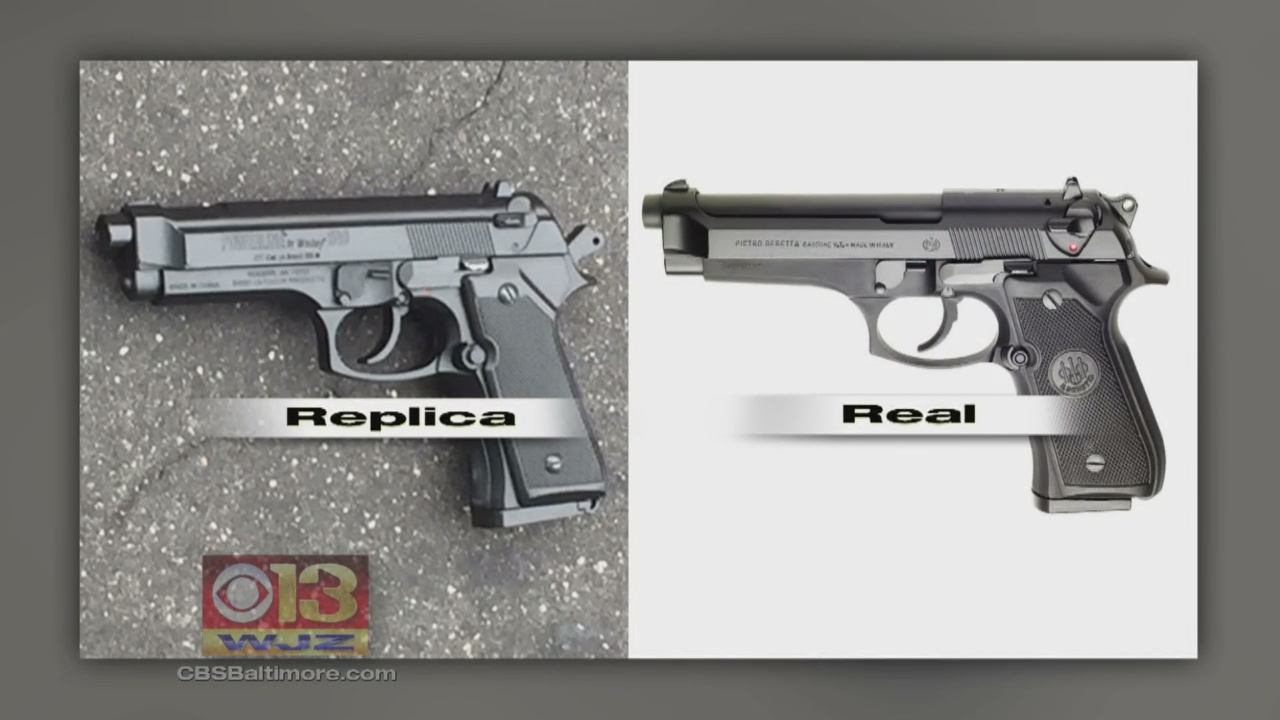 Police say it all started when two detectives were driving in the area and noticed the teen.

"They identified themselves as police officers to this young man. The young man took off on foot with the gun in his hand," said Commissioner Kevin Davis.

Police say he never dropped the gun during a foot chase that lasted more than 150 yards.

"One of our two police officers discharged his firearm at the young man, striking him non-fatally," said Davis.

In the end, a fake semi-automatic pistol was recovered.

Commissioner Davis says he has no reason to believe his officers acted inappropriately.

"I stood right over top of the gun -- and I've been a police officer for 25 years -- and there's no way on this Earth that I could tell you from looking at that gun that it wasn't real," he said.

Police say the boy's mother knew he left the house with what she called a BB gun. She is being questioned by police.

Carolyn Hines lives on the street of the shooting.

"I'm glad the child is OK, but I hope he learns a lesson from it and don't do it no more," Hines said.

A wild turn of events that's left both police and the community searching for more answers.

Police say they're unsure if the boy ever pointed the gun at anyone. The investigation is ongoing.

This comes just days after it was announced that the city of Cleveland will pay $6 million to settle the lawsuit filed by the family of 12-year-old Tamir Rice, who was shot and killed by an officer in that city in 2014. Rice was playing with a pellet gun at the time.

Wednesday also marked one year since Freddie Gray's funeral was held in Baltimore and riots erupted in the city.