BALTIMORE (WJZ) -- Two bulls that wreaked havoc in West Baltimore early Friday morning after breaking loose from their enclosure have been corralled.

The animals escaped from a slaughterhouse and were later spotted at the Penn Square apartment complex across the street, near the intersection of North and Pennsylvania avenues. They spent most of their time there grazing on the grass. 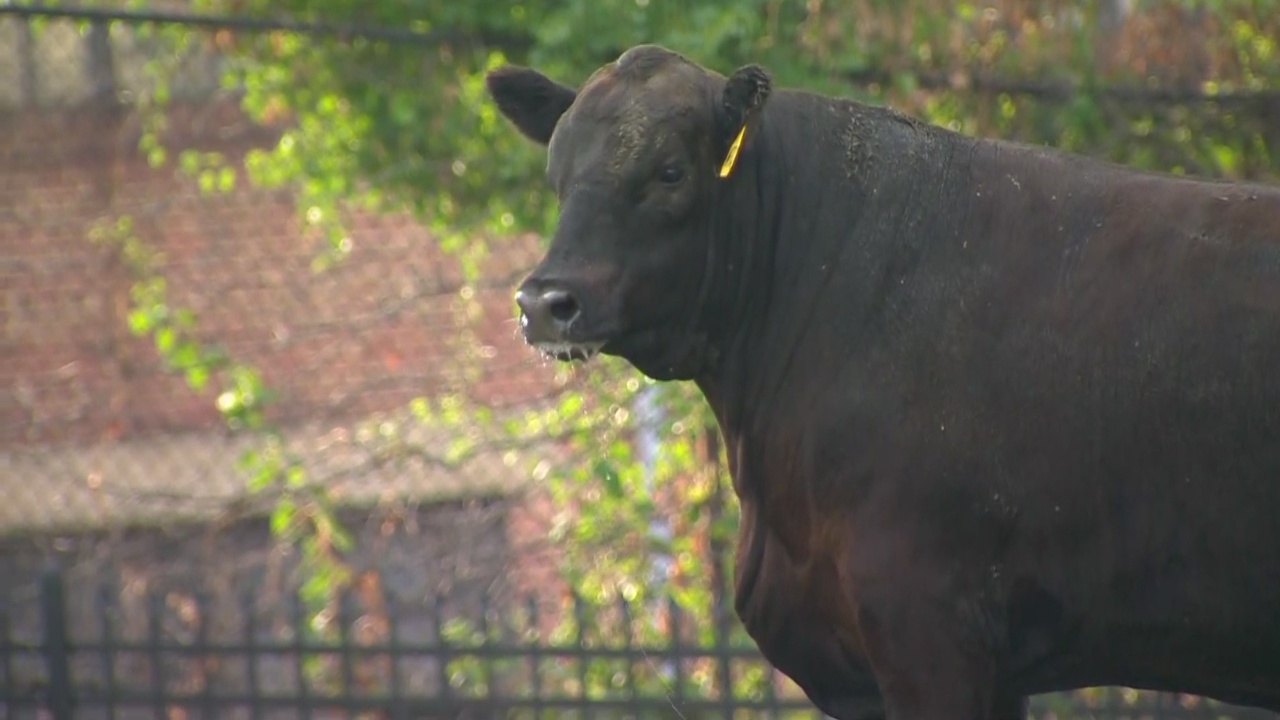 People from the slaughterhouse they escaped from, police and helpers from the Maryland Zoo were able to contain them in a gated area there, and eventually got them loaded into an animal transport vehicle.

"[The bulls] ended up on a path back there, where it's like playground behind the apartment complex, and they were able to get some fences over there to fence them in," Baltimore Police spokesman T.J. Smith said.

"The problem is those fences weren't secure, so we had to cordon off the area, a lot of members of the community came out. But again, this could have been a serious situation because they were running down the streets of Baltimore at one point. But luckily, we were able to get them cordoned off, officers did a great job getting the people back, and the slaughterhouse who had custody of these bulls were able to get them contained after a couple hours... no one was hurt, the kids had a good time seeing the bulls running in their community this morning." 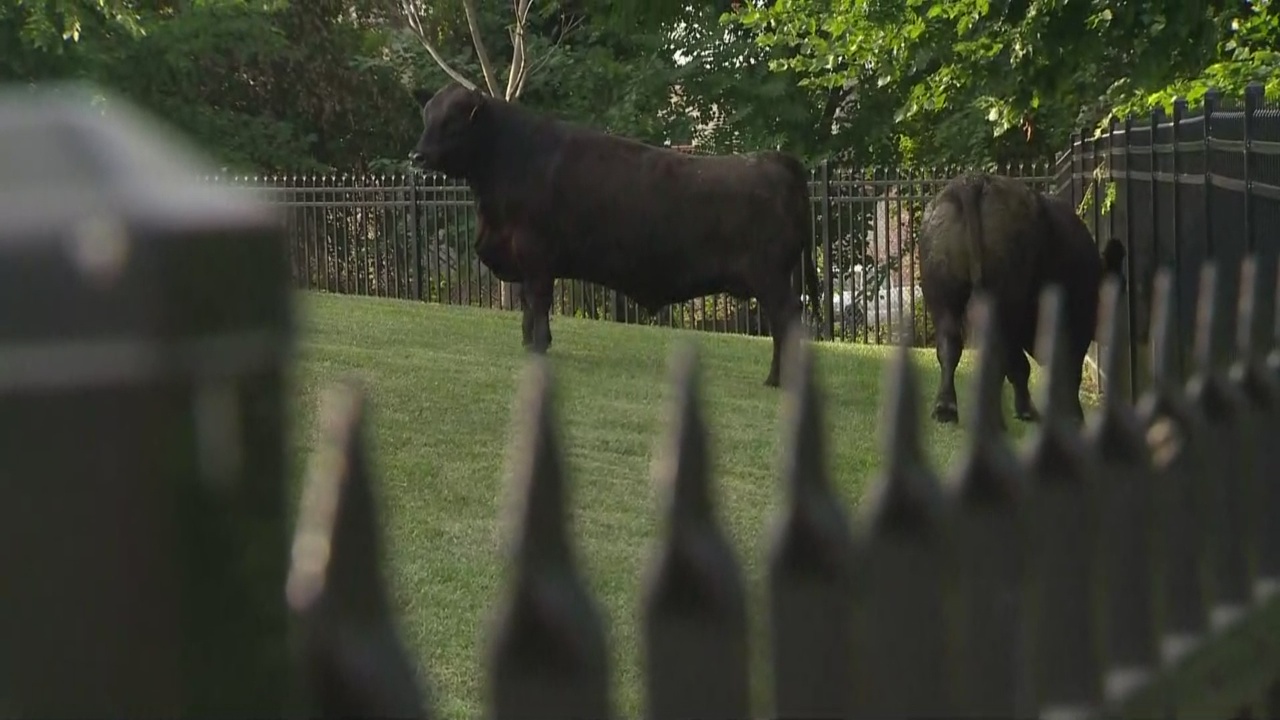 "It's been a strange week, I mean, we have people chasing Pokemon in cars and we have bulls running down the streets of Baltimore," Smith went on to say.

Oddly enough, this isn't the first time that a bull has escaped in the city. It also happened in 2014. In that incident, the bull was shot and killed by city police.

"Hopefully this is it for 'Running of the Bulls: Baltimore Edition,'" Smith said.