BALTIMORE (WJZ) -- Stop the presses. That's what the Newsboys Strike of 1899 did and crippled an entire industry. Now there's a Broadway hit musical at the Hippodrome retelling the real life movement.

Gigi Barnett went behind the scenes as an honorary newsie.

It's a true tale of David versus Goliath. Disney's smash musical Newsies tells the real life story of poor, hard working newsboys in 1899 going up against the powerful news industry for better working conditions and pay.

Now in 2014, the story continues on the Hippodrome stage.

"Every now and then on stage we'll have these moments where we realize that this is a real story, this really did happen. And it puts it into total perspective," said Josh Assor, cast member.

Also in perspective, the hours of practice that make each piece of choreography pop.

"Every move that we do has a meaning and story behind it. So there's something specific behind everything we do in the show," said Jack Sippel, cast member.

After watching the rehearsal, it was time for Gigi Barnett's chance to be an honorary newsie. 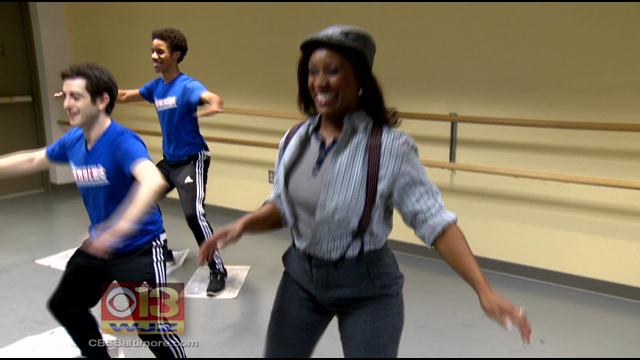 "You did a great job!" said DeMarius Copes, cast member. "Because with the 15 or so of us who do it on stage every night, as far as placement goes, everyone sliding, we have to end up in a specific place."

The last time to catch Newsies on stage is Dec. 7 at the Hippodrome. After that, they're headed to the Windy City.

Newsies opened on Broadway back in 2011. Since then, the show received several theatrical nominations, including eight Tony award nods.