It's been said that Maryland does crab cakes and football, but we also do books.   Some write fiction, some nonfiction.  Some are award-winners and some are best sellers.  It was impossible to narrow down the best authors to five, so there are some bonus Best Authors for you.

Bell has written 13 novels and two collections of short stories.  He also wrote the nonfiction book "Charm City: A Walk Through Baltimore."  His novel "Doctor Sleep" became the movie "Close Your Eyes."

Blau's first novel, "The Summer of Naked Swim Parties" was named one of the 50 best books of 2008 by the San Francisco Chronicle.  Her second book, "Drinking Closer To Home," will be released in 2011 by Harper Collins.

Branch wrote a trilogy on the United States during the civil rights era.  The first book, "Parting the Waters," won the Pulitzer Prize.  His fourth book is on the Clinton presidency and is called "The Clinton Tapes."

Tom Clancy is a New York Times bestselling author.  His spy thrillers have earned him a large and loyal fanbase.  Popular novels include "The Hunt For Red October" and "Patriot Games."

Doyle has written two books.  The first, "I Love You, Beth Cooper" became the movie of the same name.  His second book is "Go Mutants."  He also wrote episodes of "The Simpsons," including one of the popular Treehouse of Horrors episodes.  In addition, he wrote for "Beavis and Butthead." 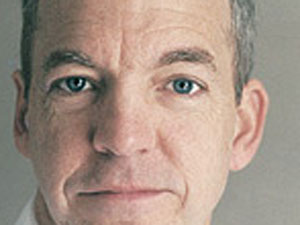 Fesperman has written seven novels.  He has been compared to John le Carre.  His most recent novel is "Layover in Dubai." His novel "Legacy of Ashes" will be turned into a series by HBO and David Simon (known for "The Wire" is attached).  Fesperman used to work for our media partner, The Baltimore Sun.

Hunter has written 16 novels, including the most recent, "I, Sniper."  His next book will be released at the end of the year and is called "Dead Zero."  Hunter writes the popular Bob Lee Swagger series.  He has also published two books of film criticism.

Lippman is a New York Times-bestselling author.  She's written 10 Tess Monaghan novels, five standalones and a book of short stories.  She also edited a book called "Baltimore Noir."  Her novel "Every Secret Thing" will be made into a movie starring Diane Lane. 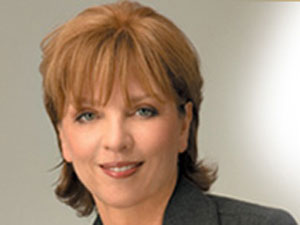 Nora Roberts has written over 160 books, both under her own name and under the pen name J.R. Robb.  Her romance and suspense novels have earned her fans all over the country.  When not writing, she operates a bed and breakfast in Boonsboro.

Tyler has written 18 novels, six of which have been made into movies.  Her novel "Breathing Lessons" won the Pulitzer Prize and "The Accidental Tourist" and "Dinner at the Homesick Restaurant" were both finalists for the Pulitzer.

Weissman has written two middle-grade novels, "Standing For Socks" and "The Trouble With Mark Hopper."   A third, "Nerd Camp," will be released next year.  She teaches courses at The University of Baltimore and Towson University and also runs writing workshops.