BALTIMORE (WJZ) -- The Baltimore City Fire Department's largest boat could be used to rescue a cargo ship that has been stuck in the Chesapeake Bay since mid-March, according to the local firefighters' union.

The Baltimore Firefighters IAFF Local 734 said in a social media post on Sunday that the fireboat has the ability to help with operations to safely remove the Hong Kong-flagged ship Ever Forward from the bay.

The cargo ship hasn't been moving forward ever since it ran aground 24 feet deep into the mud. It was initially headed from the Port of Baltimore to Norfolk Virginia.

"The #BCFDFireBoat, a regional response vessel, is part of the @portofbalt fire plan and will be ready to assist if needed," the union said on Twitter.

The Evergreen Shipping Agency made a special announcement about rescue efforts on its website on March 18.

It noted that Donjon Smit, the appointed salvor, had conducted several underwater inspections of Ever Forward.

The data collected during the inspections has been analyzed and an effective refloating plan has been designed—but only after it has received approval from authorities, the shipping company said.

"After sufficient mud is excavated the refloating operation will begin using both the tugboats and the power of her main engine," according to the statement.

The Baltimore City Fire Department's fireboat has special equipment for salvage missions in the Chesapeake Bay, especially those that require a hazardous material response, Rich Langford told WJZ in a statement.

The 87-foot-long fireboat—known as the John R. Frazier—is a designated "regional response vessel" that can assist with operations along the Chesapeake Bay, Langford said.

It is "the only marine unit on the Chesapeake Bay with dedicated staffing 24 hours a day, 7 days a week, 365 days a year," Langford said in a statement. "It is often called upon to assist Baltimore and Anne Arundel Counties since their units are volunteer or personnel from fire engines must be sent to marinas to staff a boat."

The potential for a hazardous material leak is what prompted the Maryland Department of the Environment to monitor recovery efforts. After all, the Ever Forward is carrying 2200 tons of fuel onboard.

Officials said on March 18 that the ship may be stuck in the bay until the end of the month due to the rare, complex mission required to free it.

"You think of something that's 1100 feet long and around 160 feet wide . . . it's just massive," said Geoffrey Donahue, Director for the Office of Emergency Preparedness and response for the Maryland Department of the Environment.

The last time something like this happened was last year a ship owned by the same company got stuck and blocked the Suez Canal in Egypt, and that disrupted billions of dollars a day in global trade.

The Baltimore City Fire Department's $6.9 million fireboat is stationed at Fort McHenry. It carries the combined equipment of a fire engine, a hook and ladder truck, a heavy rescue truck, a medic unit, and a chief's command unit, he said. 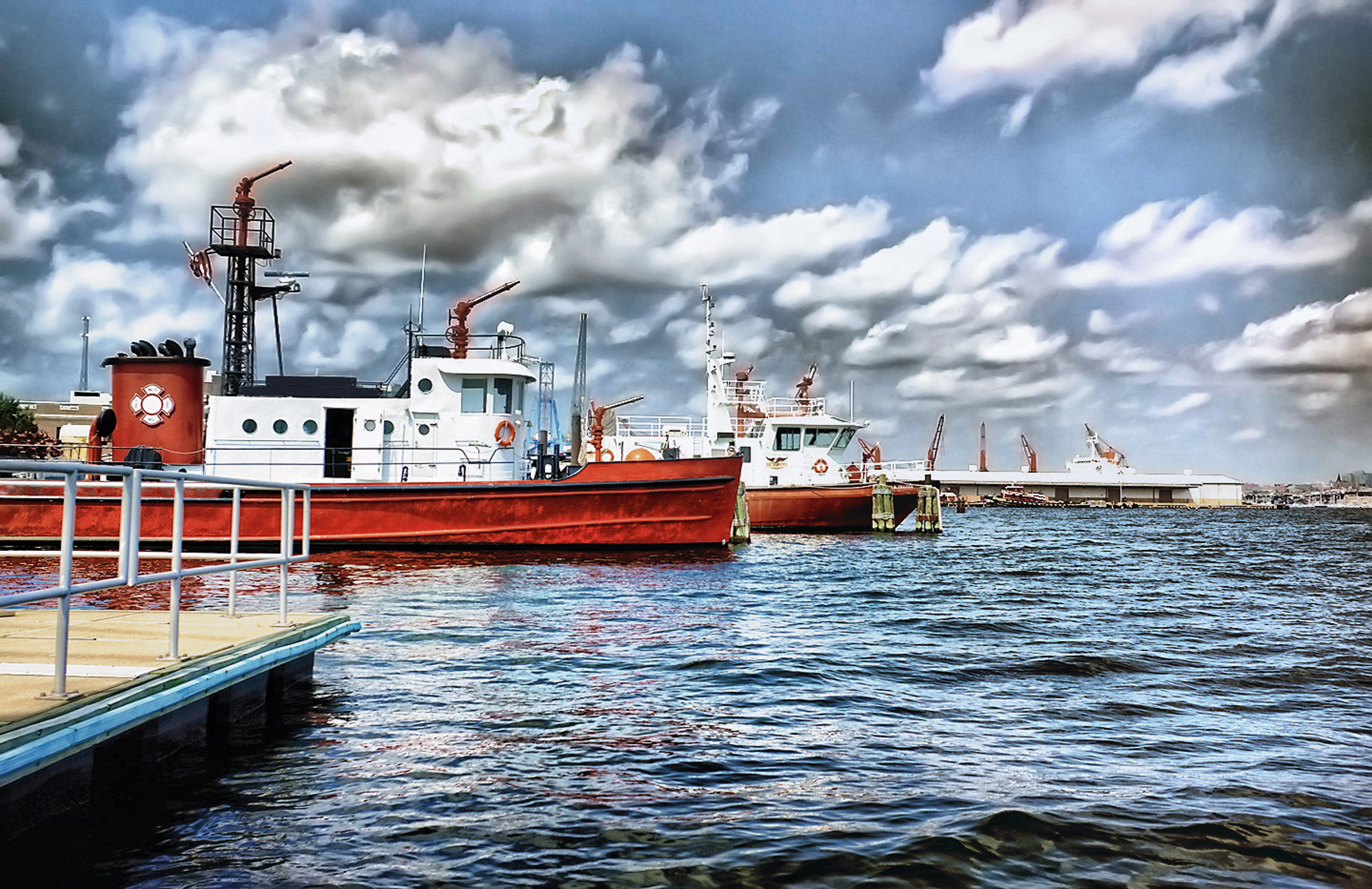 The next closest fireboat to its size is in Philadelphia, Langford said.