BALTIMORE (WJZ)-- City police are attempting to identify a suspect wanted for the rape of a 40-year-old woman.

Detectives say around 7:45 a.m. Saturday, the unidentified suspect sexually assaulted the woman in the rear of 1923 Saint Paul Street.

Before the incident, the victim said she met the suspect in the unit block of West North Avenue in front of Red Emma's Bookstore/Coffee Shop.

The suspect reportedly lured the victim to the rear of the 1900 block of Saint Paul Street. 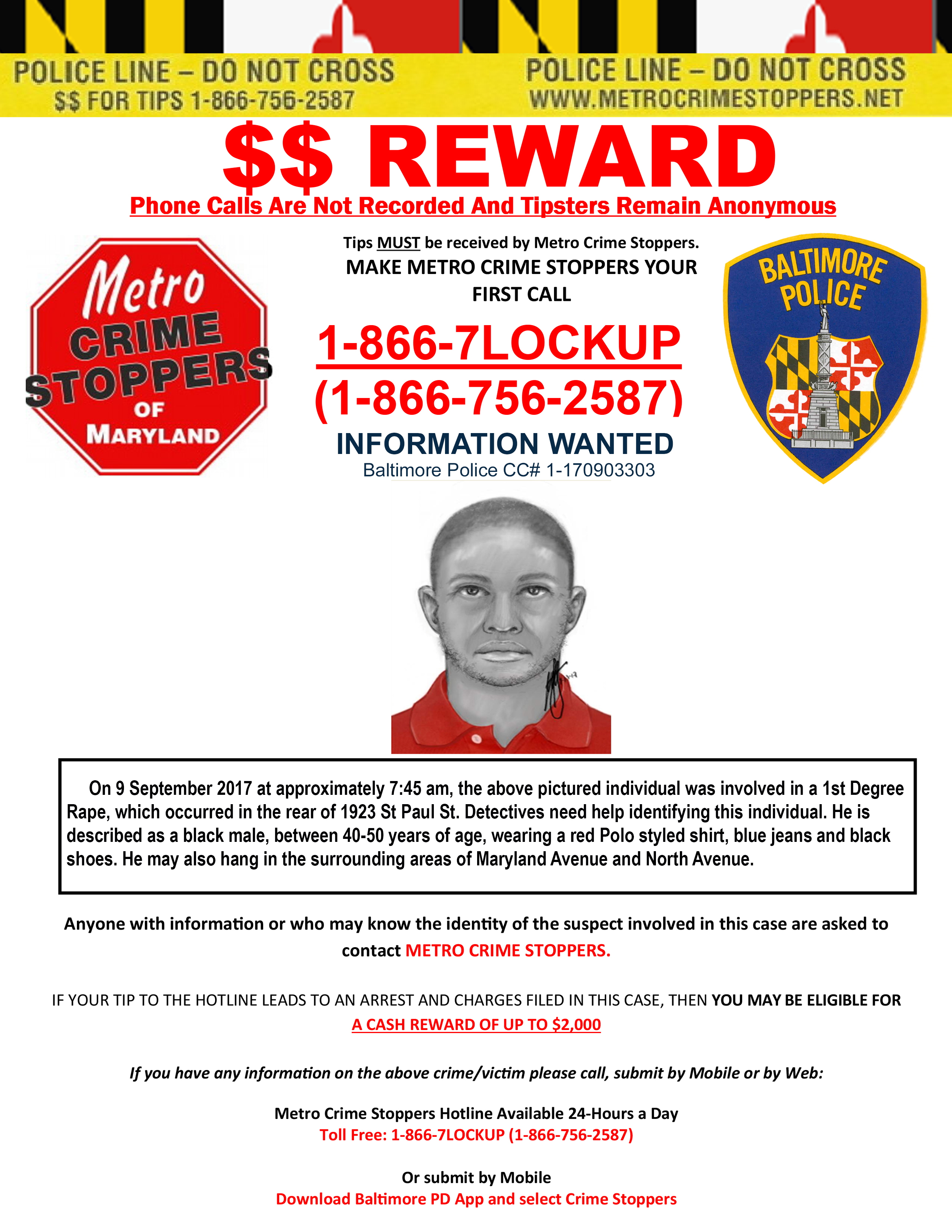