BALTIMORE (WJZ) -- One day ahead of what would have been the 69th birthday of the late Rep. Elijah Cummings, Baltimore Mayor Bernard C. "Jack" Young unveiled the design of a new plaque to be placed at the city's Courthouse East in memory of the longtime congressman.

At a ceremony on Friday morning, Cummings' widow Maya Rockeymoore Cummings thanked the city for the designation.

"He worked hard every day to make sure that he was doing everything he could to bring relief, to bring scholarships and opportunity and certainly anything that the federal government could provide to address the needs of the city," she said.

Cummings' career as a lawyer began at Courthouse East, Rockeymoore Cummings said. He died in October at age 68.

Rockeymoore Cummings is one of nearly three dozen candidates hoping to take her late husband's place in the House of Representatives. 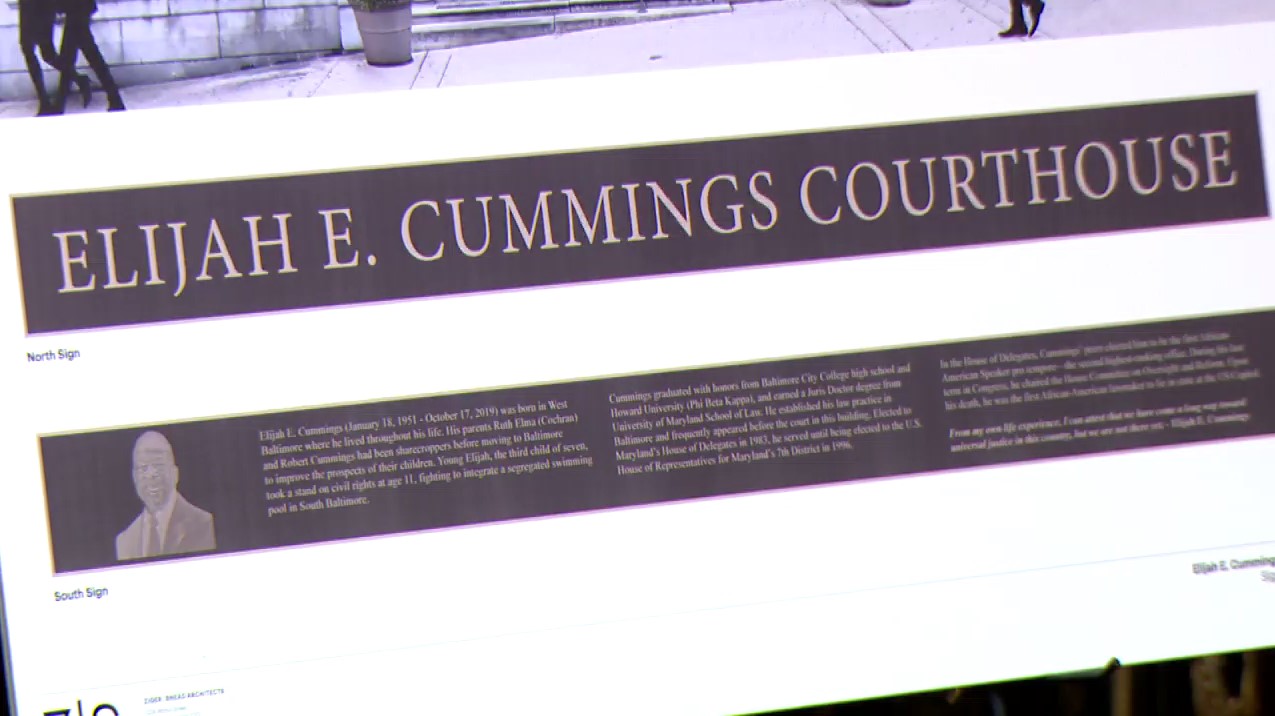 Once the permanent plaque is finished, the city plans to hold an official ceremony for its placement, Young said.