The latest weather forecasting models show the city could get anywhere from three to six inches Tuesday with areas north and west getting up to a foot. 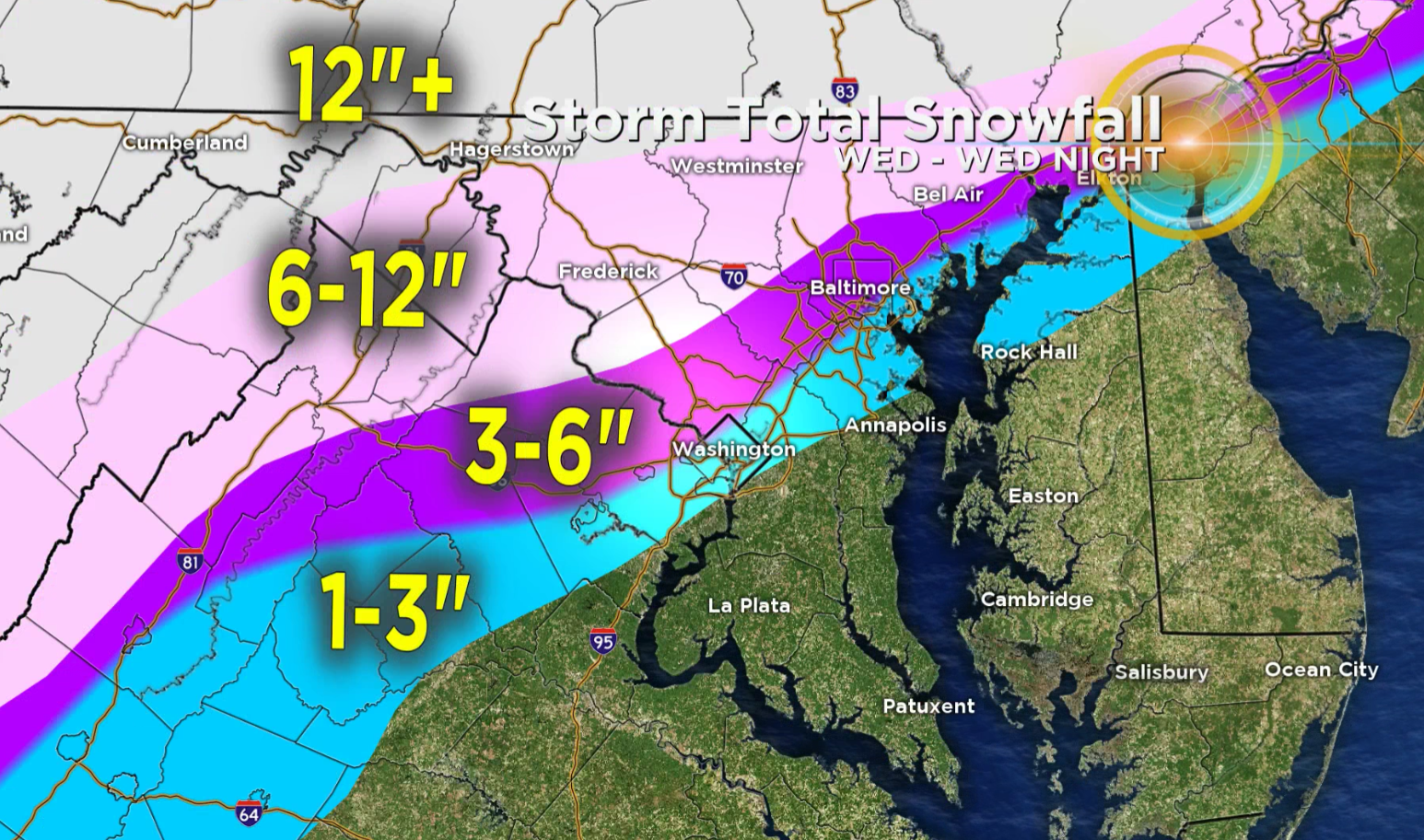 "With a snow budget of $6.7 million, the City snow preps include 300 essential personnel, 294 pieces of equipment and over 300 pieces of contractor equipment ready to hit the streets of Baltimore City," Scott said.

Maryland Weather: Winter Storm Warnings Issued As Some Parts Of State Could See Up To 1 Foot Of Snow

"I want to be very clear, it's not just our team, who is already prepared and ready that needs to prepare, we also need the residents of Baltimore to plan ahead and be ready for snow," he added.

Scott called for residents' "full cooperation" to clear snow from City streets, asking everyone to be a good neighbor.

"Shovel your sidewalks, shovel your neighbor's sidewalks, especially those who are seniors, who know might have conditions that prevent them from doing that," Scott said.

Be careful on the roads

Baltimore's Department of Transportation director Steve Sharkey said their snow team is ready for the upcoming storm, with much of their snow operations going virtual this year.

They will pre-treat salt city gateways with salt brine throughout the day.

"Our snow team will activate early Wednesday to monitor road conditions. We are fully prepared for whatever mother nature brings," he said.

He encouraged everyone to drive with caution if you have to drive at all.

Shantee Felix, with the State Highway Administration, said people need to give crews space to work, but in the best-case scenario, there will be very few cars on the roads.

"Please stay indoors if you don't have to be on the road, let our crews do the work for you," she urged residents.

Baltimore resident Noah Tunis said his family has not been out much anyway due to the pandemic.

"We're going to be inside anyway. We're kind of inside all day so I think it'll be nice to connect with the family and watch movies. I've been meaning to," he said.

James Spigner said he's retired and will likely be home.

"There's not much traffic out here because of a pandemic so I suggest they stay home," he said.

Watch out for pipe and water issues

Matt Karbach, acting director of the Department of Public Works, urged residents to be prepared for the winter weather, which could cause pipe and water issues.

"When winters are exceptionally cold, water mains break and water services can freeze," he said.

He laid out some tips for Baltimore residents: