The archbishop came to the church Sunday as a show of solidarity to the local Ukrainian community.

"To express oneness, to pray for peace, the end of the invasion," Archbishop Lori said.

Several parishioners described having family and friends in Ukraine. Wendy Bozel lit candles today for friends whose sons are in the military.

"It's just a disregard for human life and I'm just begging, 'Please, dear Lord, please come to some solution that's not military, that's not fighting'," Bozel said. "Seeing the videos of people kneeling in the snow and praying that…their country won't be invaded. I just feel like it's a little thing I can do—just to pray."

St. Michael the Archangel Ukrainian Catholic Church announced Sunday it can no longer take orders for pierogi sales "due to the overwhelming response and outpouring of support." The church is still collecting money for Ukraine.

Baltimore County Police are investigating vandalism at the church's cemetery in Dundalk, where dozens of headstones were damaged over the weekend. 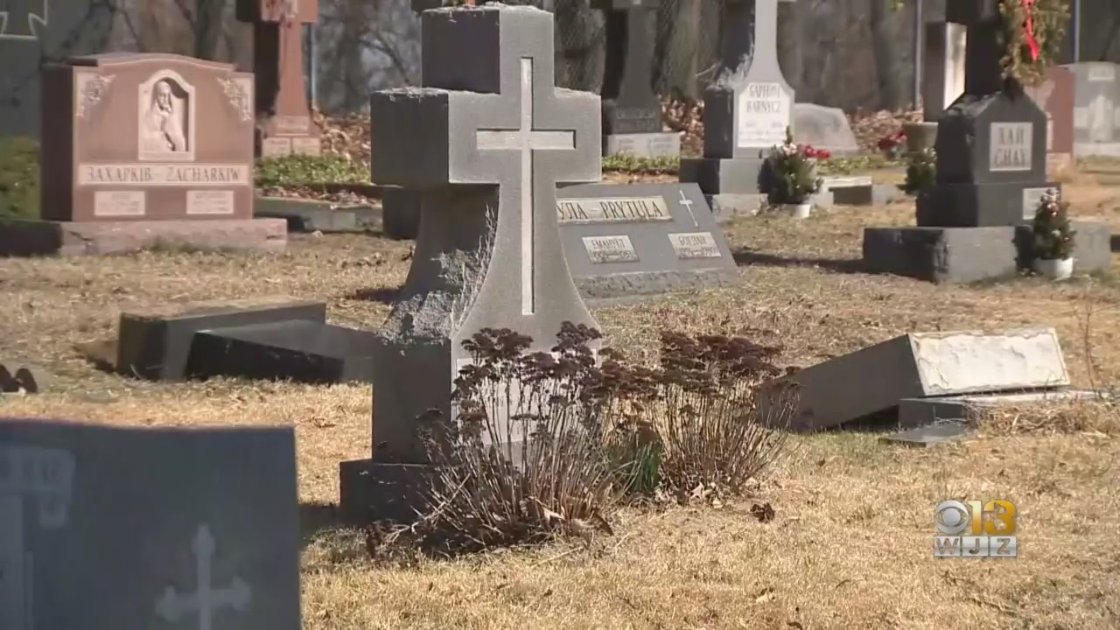 "It's heartbreaking and I can not understand why we can not let the dead rest in peace," Lori said.

George Zubritski's grandparents are buried at St. Michael Ukrainian Catholic Church Cemetery. He told WJZ Sunday there is no worse time for this type of vandalism.

"It's beyond belief," Zubritski said. "It's just really sad what's going on in Russia, what they're doing to the Ukrainians. God knows what's going to happen the next two to three weeks."