WOODLAWN, Md. (WJZ) -- Once you reach a certain age -- an age that's different for each person -- a birthday isn't as important as it once was.

Art Green, though, is very aware of how many times he's blown out the candles.

During a recent stop at AMF Woodlawn Lanes, Green was easily the most experienced bowler in the place.

"Everybody in here like's Mr. Art," said Phillip Smith. "It's kinda like he's our dad."

Sure Green knows how to keep the ball between the gutters, but it's not his bowling that brought WJZ's camera to the bowling alley -- it was his birthday.

"I watched Mr. Art bowl, he throws that ball down there like he's 50 years old," Smith said.

That's funny considering Green is a lot older than that.

Rosalee Glover has known him for 61 years. But's he's much older than 61.

Just how old is he? Look at his birthday card. 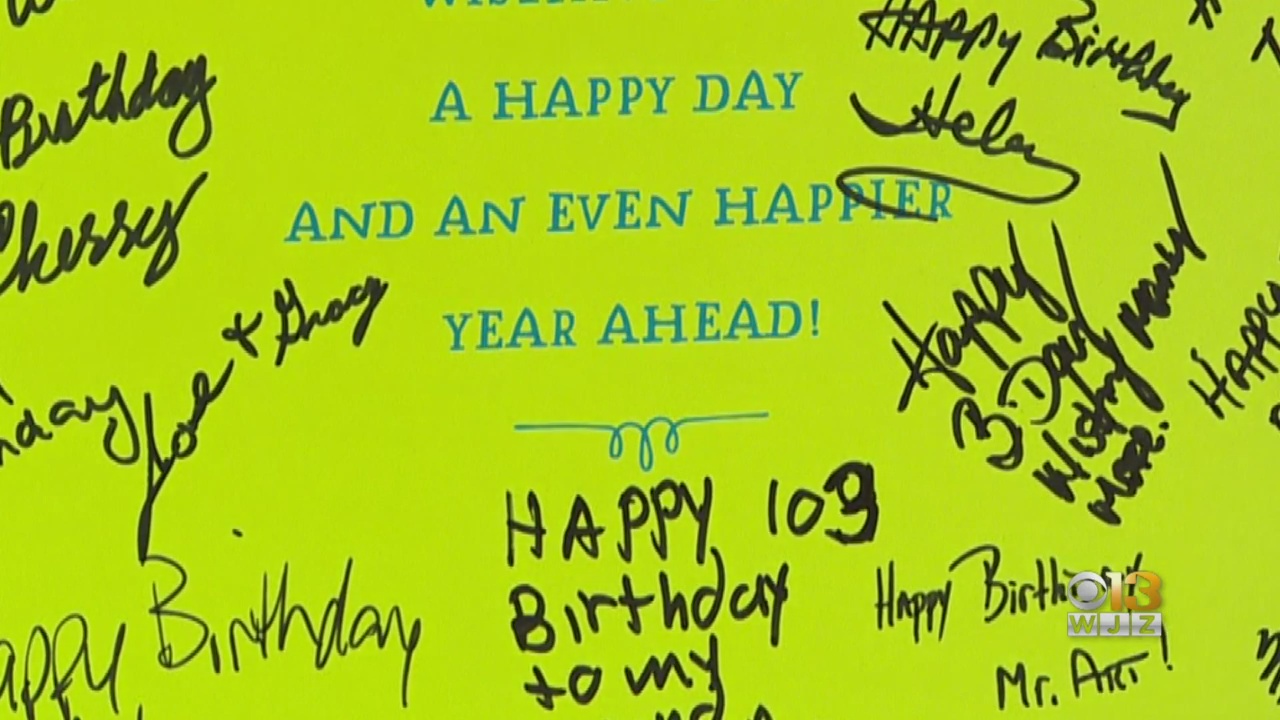 That's not a misprint -- there should be 103 candles on his cake.

Mercifully, there's only a single candle per decade and three for each additional year: otherwise, blowing them all out could take until he turns 104!

Green drinks milk every day, knows his way around a casino and is unsure why he's been blessed with such a long life.

Clearly being active has helped not just him but his mother and three aunts all live past 100.

He doesn't know where it will end -- few of us do -- but he still bowls well beyond his age.

"I never thought about it," he said. "I just got up every morning and one day I looked around and I was 103. How I got there I don't know."

Mr. Art's 37,600-plus days on this earth are an inspiration to all, including those at the bowling alley.