SEVERN, Md. (WJZ) -- Two Anne Arundel County officers are being hailed as heroes after rescuing a family of four from a car that crashed into a Severn pond.

On Friday, Lt. Dion Tilghman was on duty near the Severn-Danza Park at 9:15 p.m. when he heard a crash in the area.

"I started to drive around and as I got closer, I could see a van partially submerged in the water," Tilghman said.

Police said the vehicle veered off Donaldson Avenue and into a drainage pond in the park. 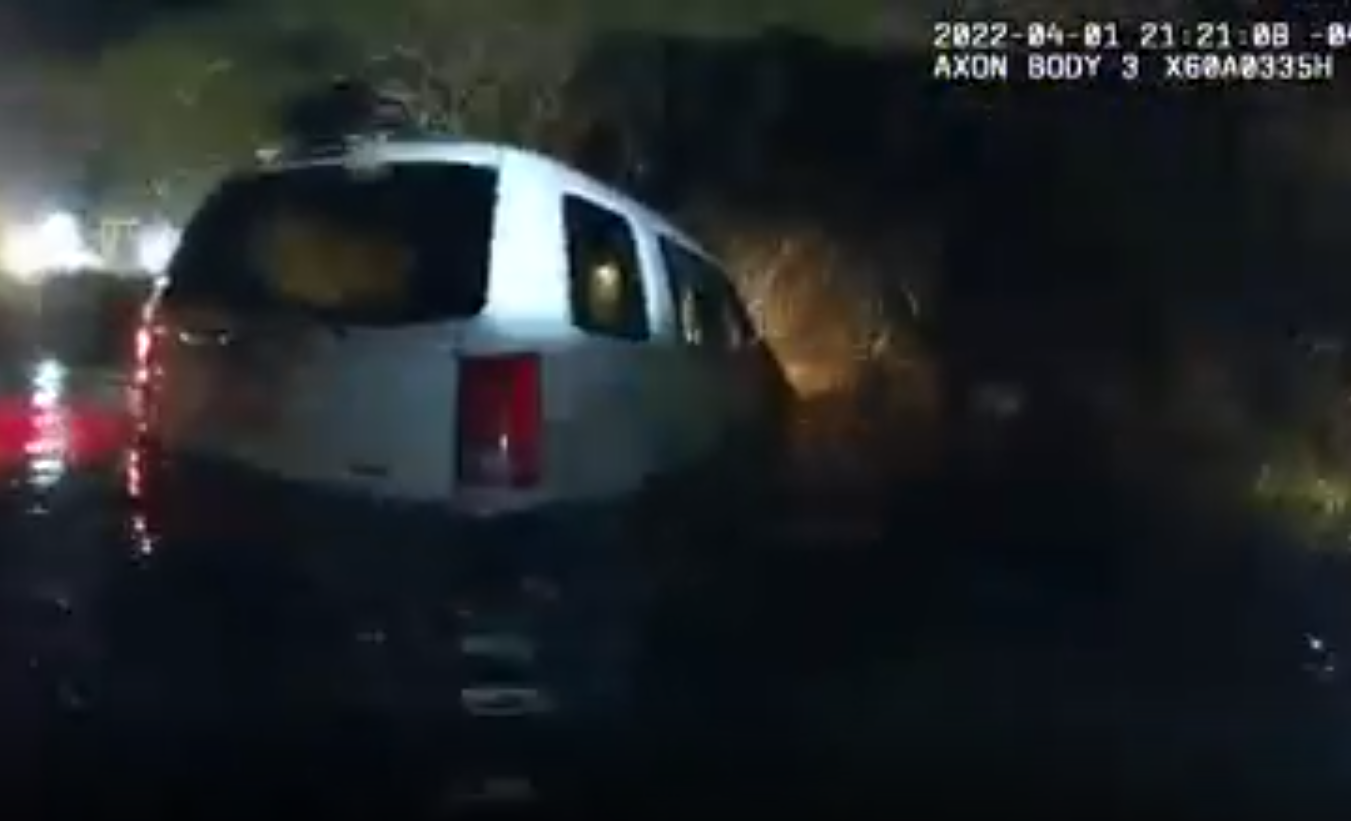 Tilghman, who has more than two decades of experience as an officer, called for backup.

"At that point in time, when we saw the babies in the vehicle and the fact that the van was taking on water, we decided we needed to go in and rescue them," Tilghman said.

Officer Seth Ballard arrived to assist him in the rescue.

The two men used a sledgehammer to break open two windows of the van.

"I told mom to close the baby's eyes and close her eyes," Ballard said. "I took a swing and luckily it broke on the first try. Nobody got hurt."

The officers were able to pull out a 9-month-old baby and a three-year-old child from the sinking van.

On land, Tilghman and Ballard handed the toddler and infant to bystanders who kept the children warm and brought them over to EMS to be checked out.

"I'm really glad that they were there to help us out because if they weren't, we would have been by ourselves," Ballard said.

Lastly, the parents were rescued from the van.

The Anne Arundel County Police Department said the driver of the van, 27-year-old Oswaldo Ramirez-Lopez, did not have a driver's license. Police arrested him due to outstanding warrants.

No one was hurt in the crash or rescue.

"At the end of the day, it was just a regular Friday night just doing my job," Ballard said. "And I promise you any other police officer would do the same exact thing."