BALTIMORE (WJZ)—Twenty-four people have been indicted in a racketeering conspiracy involving their participation in gang activities of Murdaland Mafia Piru (MMP), which allegedly operated in Northwest Baltimore and Baltimore County.

WJZ's Rick Ritter was allowed rare access early Tuesday morning as ATF agents raided the homes of some of the alleged gang members.

During a press conference on Tuesday,United States Attorney for the District of Maryland Rod J. Rosenstein announced the 2 dozen indictments, saying MMP members engaged in criminal activities in furtherance of the gang, including narcotics trafficking, murder, attempted murder, assault, extortion, obstruction of justice, witness intimidation and retaliation, and money laundering.

According to the indictment, MMP, also known as the "Mob" or "Mobsters," operated on the streets and in correctional facilities in Maryland and elsewhere. For many years, MMP--a violent subset of the Bloods gang-- has controlled the drug trade in large swaths of Northwest Baltimore City and neighboring Baltimore County, including Forest Park, Windsor Mill, Gwynn Oak, Howard Park, Woodlawn, and Walbrook Junction.

"Most shootings in Baltimore are committed by drug dealers, and conspiracy cases get their attention," said Rosenstein. "We can reduce violence by prosecuting members of gangs that foment violence."

According to the indictment, members and associates of MMP operated street-level drug distribution "shops" in various locations in Baltimore City and distributed heroin, cocaine, and crack cocaine, among other controlled substances. 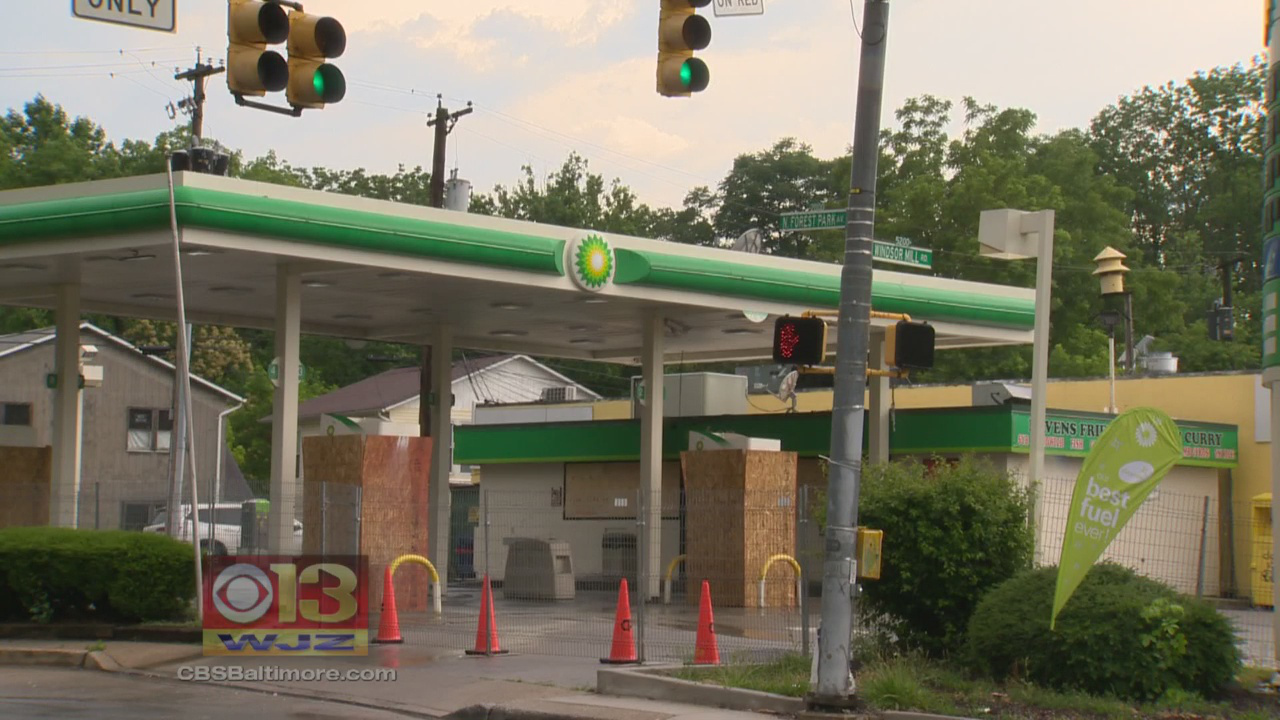 MMP's primary drug shops were located at a BP gas station in the 5200 block of Windsor Mill Road--which MMP considered to be its headquarters--and at the intersection of Gwynn Oak Avenue and Liberty Heights Avenue.  The drug shop in the 5200 block of Windsor Mill Road was particularly lucrative due to its close proximity to Interstate 70, which made it easily accessible to drug customers driving from western Maryland and neighboring states.

Rosenstein  says it was not unusual for MMP members and associates to sell over a kilogram of drugs per week at this location, which could translate to over $100,000 in drug revenue per week.

"Specific to them today, we're talking at least 12 homicides, at least 12 other separate not fatal shootings," said Board. "They didn't just control drug trafficking, they controlled good people's business, they would literally go in and shut down people's businesses to traffic their narcotics."

Dante Bailey, known as "the Don," was the ring leader of the MMP. 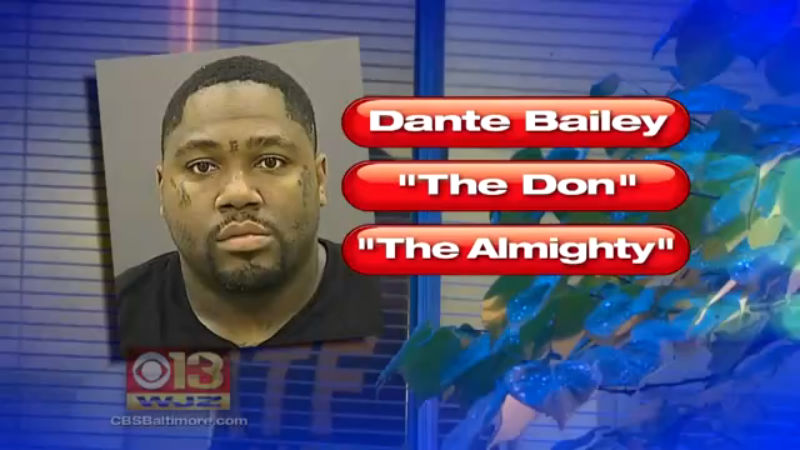 MMP members enhance their status within the gang by carrying out acts of violence against rivals; for instance, members can earn a "lightning bolt" tattoo for "killing for the Mob."  Prospective members of MMP were required to successfully complete an initiation process and recite an oath of loyalty called the "Omerta Code."  MMP members were required to pay dues to the gang consisting of a portion of the proceeds of their criminal activities, and they were subject to reprisal for failing to do so.

Authorities say MMP members and associates use gang-related terminology, symbols, and tattoos.  They frequently identify with the letter "M," which is the first letter of "Murdaland," "Mafia," and "Mob"; with the color red, which is the color of the Bloods gang; and with the number "5200," which is a reference to the 5200 block of Windsor Mill Road.

The indictment charges the following defendants in the racketeering conspiracy:

ATF agents say they are still looking for 7 of the 24 individuals wanted for their alleged involvement with the MMP.