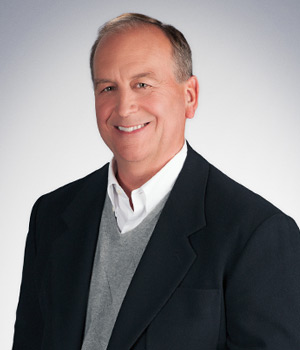 Later, while attending Fresno State, John took a 3-week summer job at a local TV station filling in for a graphic artist…who never returned from vacation. Suddenly working full-time in television, he quickly moved from graphics to photography and spent many years covering news in the Fresno area.

John's career took a turn in 1995 when he was conned into taking an assignment to create a weekly news magazine show, for which he would be the sole photographer and editor. Defying all logic, the show succeeded and John ended up winning a regional Emmy Award, a national Iris Award for Television Programming, an Edward R. Murrow Award and was named Associated Press Editor of the Year two years in a row.

That's when he met Ann, his future wife. She was also working in Fresno, but wanted to move back to the Bay Area to be near family. John tagged along, taking a job at KPIX in 2003, working mainly in the Oakland/Contra Costa areas.

In 2011, John was asked to become a "Multi-Media Journalist" or MMJ, meaning he must produce, shoot, write and edit his own stories under daily deadline pressure…all while working out of a van. It's not for the faint of heart. Nevertheless, John has developed a reputation for telling thoughtful, human stories, often with a hint of irreverence. He loves to find the humor in situations while, at the same time, respecting the viewpoints of others.

"I try to be fair in expressing people's positions…even it I don't happen to agree with them." he says. "But I'm also not afraid to point out when something just doesn't seem to make much sense."

It's been a fun, fascinating, challenging career for a guy who never really planned anything in his life. But, you know, things tend to work out OK…if you just have a little faith.

John lives in Concord with Ann and their two smart-alecky daughters.