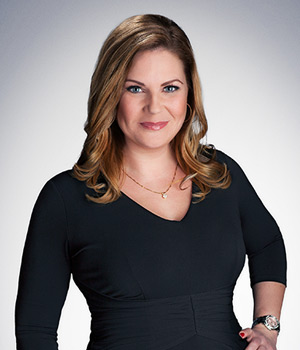 Anne Makovec is the Breaking News Anchor for the KPIX 5 Morning News. She covers developing news all over the Bay Area and the world from the Live News Desk every weekday and files reports from Bay Area neighborhoods for later KPIX broadcasts.

Anne has been covering Northern California news as a reporter and anchor since 2004 in the Monterey Bay, Sacramento, and San Francisco Bay Area. She started her career at her hometown radio station in Wisconsin before she was even finished with high school and hasn't stopped chasing news since.

Anne has spent much of her journalism career covering politics and breaking news, but always loves to hear about good news in our communities. Please reach out if you have a tip.

In her free time, Anne volunteers with several local organizations including the Boys and Girls Club of Oakland, Muttville Senior Pet Rescue, and Glide Memorial Homeless Services in San Francisco.

Anne lives in downtown San Francisco with her former shelter pets: Poochie the poodle and Winston the cat.