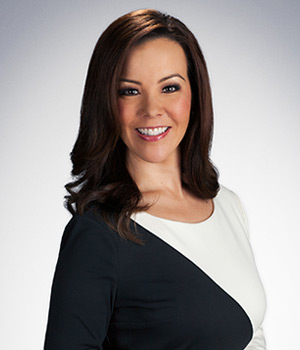 Andrea Nakano joined KPIX 5 in January of 2014 as a sports anchor and reporter.

She is thrilled to be back in the Bay Area after working in some of the most beautiful cities along the west coast.

Prior to KPIX 5, Andrea was a sports anchor and reporter at KING 5 in Seattle.

Andrea's on air career began in Eureka, California at KIEM-TV covering news. She also worked at KRCR-TV in Redding, KION-TV in Monterey and San Diego. It was in San Diego, where she made the switch to pursue her career in sports after more than 3 years at KFMB-TV.

At XETV, she extensively covered the San Diego Padres and Chargers. She received multiple Emmy awards for sports reporting during her time there.

Andrea Nakano has a wealth of world experience. Born in Honolulu, Hawaii, Andrea has also lived in Japan, Belgium, and England. She eventually made her way back to California where she graduated from San Francisco State University with a degree in broadcast and electronic communication arts.

Andrea and her family live in Novato.