OAKLAND (CBS SF) -- A 42-year-old Oakland woman was killed early Sunday morning when her car was struck at the intersection Grand Ave and Macarthur Blvd by a driver who fled the scene, authorities said.

Oakland police said officers responded to reports of a crash at 1:09 a.m. 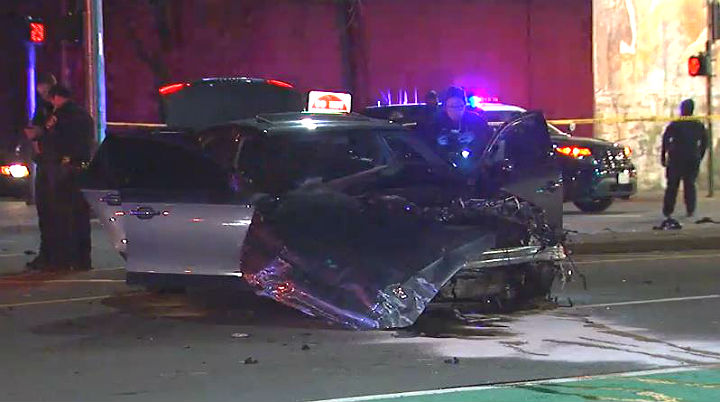 Upon arrival, officers discovered that a 2014 Audi was traveling southbound on Grand Ave, approaching the intersection at Macarthur Blvd when it collided with a 2002 Subaru Outback.

The force of the crash sheared off the front of one of the vehicles and left the other badly damaged.

Emergency responders treated the Subaru driver at the scene, she was then transported to Highland Hospital where she succumbed to her injuries.

Police said the male driver of the Audi fled along with two of his passengers. At this time it is unknown if alcohol or drugs are a factor in the collision.

The crash remained under investigation. Anyone with information is asked to contact the Oakland Police Department Traffic Investigation Unit at (510) 777-8570.