SAN FRANCISCO (KPIX) -- Thursday's massive storm could be the biggest since 2008, possibly the biggest since 1998 with wind gusts over 100 miles per hour screaming over the top of the Sierra, and rainfall amounts forecast above 8 inches for coastal mountains. The key is WHEN it all hits, and that's where the KPIX FutureCast forecast comes in.

The following images break down the predicted rainfall amounts, hour by hour from 12 a.m. Thursday morning through the evening.

The purple areas indicate torrential rainfall of over 1 inch of rain per hour, leading to flash floods and extremely dangerous driving conditions.
'STORM OF THE CENTURY' 'WEATHER BOMB': Britain's Got It Worse
CLEAR YOUR OWN DRAINS: SF asks citizens to help rake leaves from storm drains
In the 6 a.m. freeze frame, a massive band of rain is seen hitting Santa Rosa and moving south as the times progress.  Notice the clock on the upper right corner of the image.

The worst appears to hit the biggest commutes around 8 a.m.

Notice where the purple areas of heaviest rainfall are hitting each hour, to see how your commute will be affected. 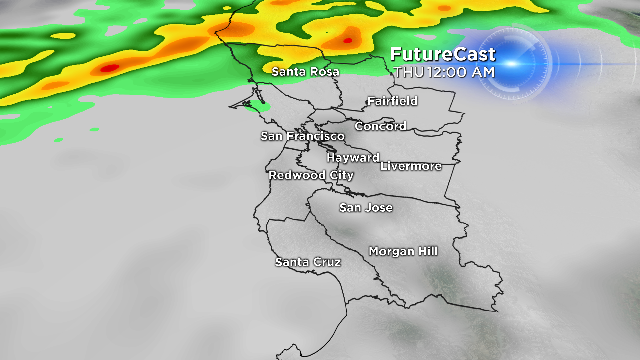 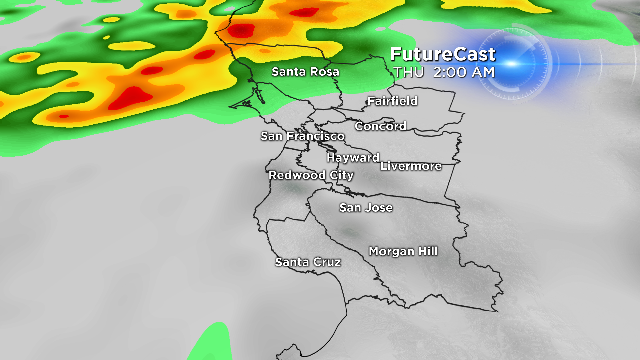 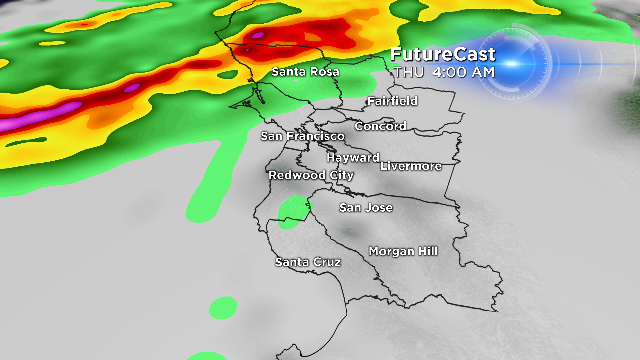 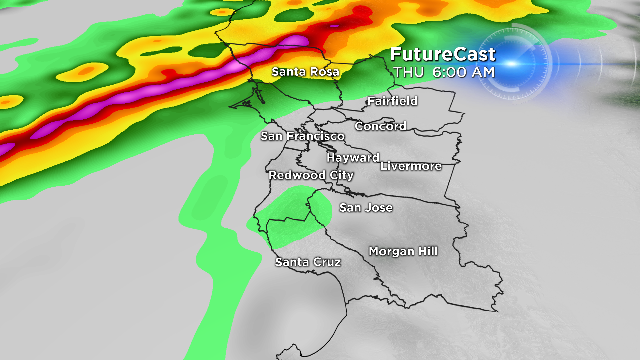 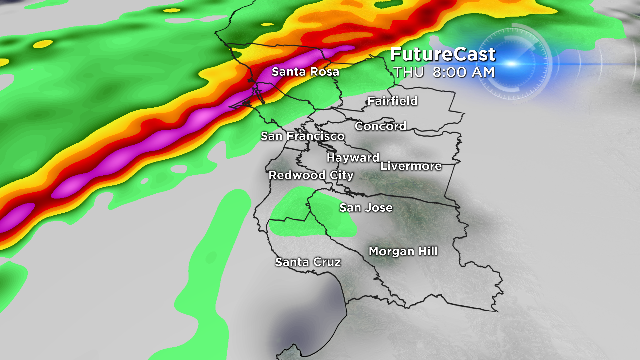 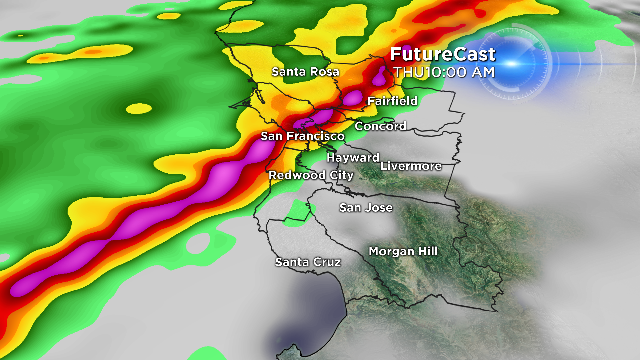 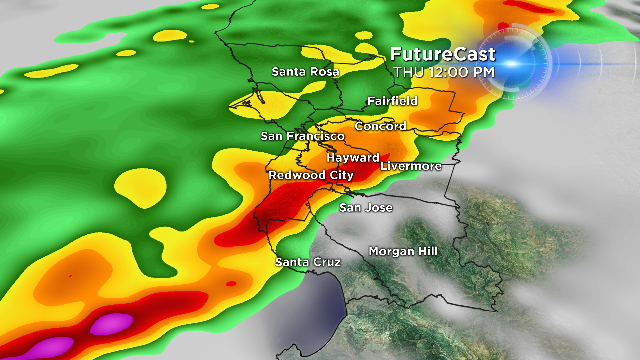 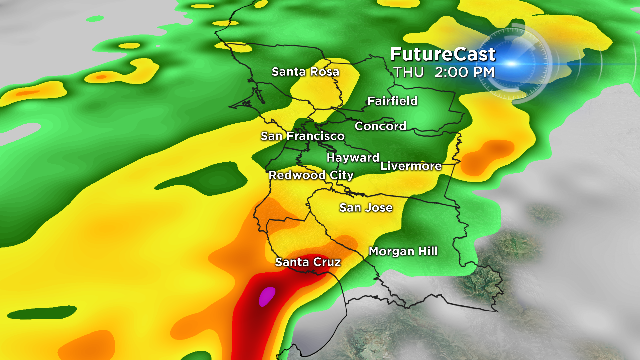 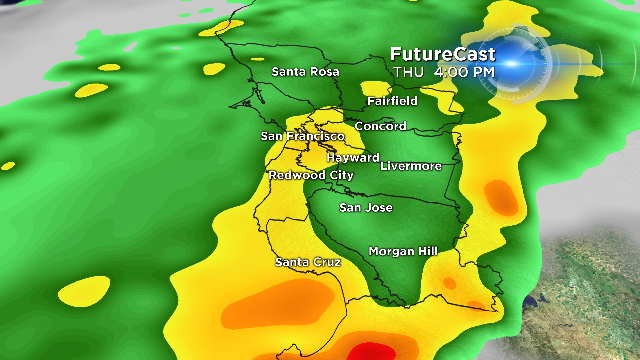 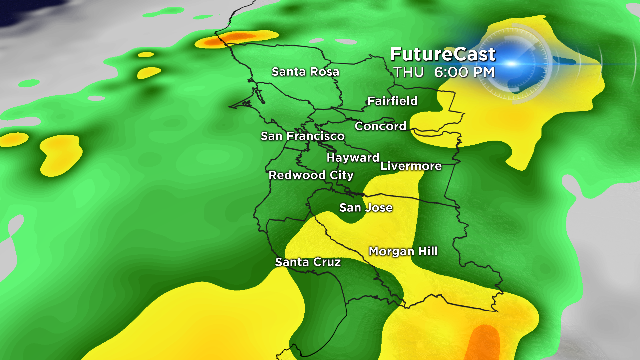 (Images are the FutureCast data for December 10th and 11th, 2014 as massive storm bears down on the Bay Area).

Listen live to storm coverage from KCBS Radio with weather and traffic every ten minutes during the storm.
FULL STORM COVERAGE: