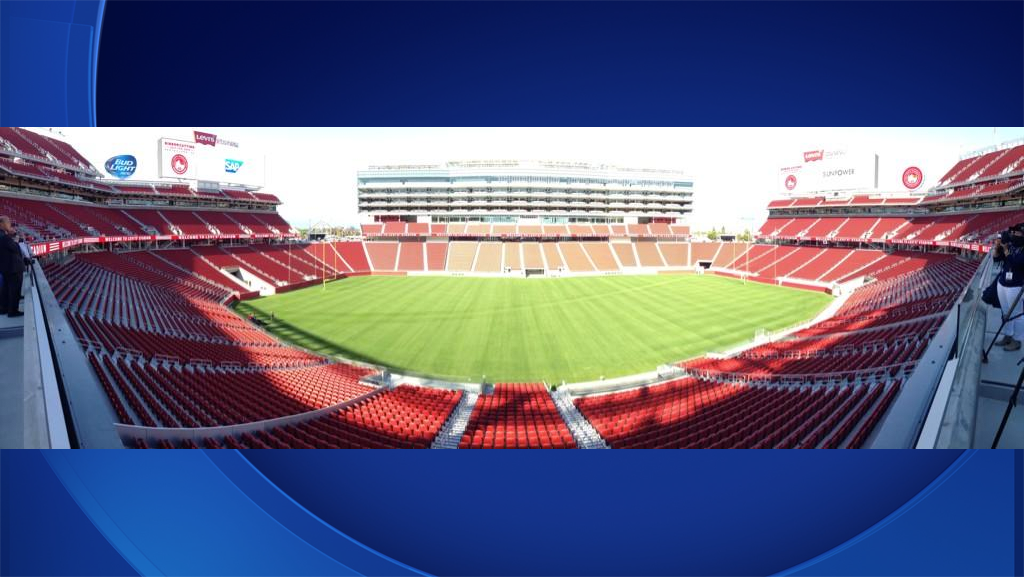 KPIX 5's Elizabeth Cook and Ken Bastida take you on a grand tour of the brand new home of the San Francisco 49ers, Levi's Stadium in Santa Clara. Along the tour, Elizabeth Wenger will show you the different ways to travel to and from the new stadium. "Superfan" Mike Sugerman makes the comparisons between the soon-to-be demolished Candlestick Park and newly opened Levi's Stadium. Len Ramirez talks about how environmentally-friendly the new stadium is in the country. Chief Meteorologist tells us what weather conditions Levi's Stadium has the same as Candlestick Park.

Plus, award-winning chef Michael Mina talks about being a die-hard 49ers fan and opening a restaurant in their new home. Allen Martin talks about the history of football ballparks and how Levi's Stadium is set to bring in a new era of football viewing.

Fans Should Prepare To Be Wowed

Options Abound For Getting There

Environmentally-Friendly Facility May Be NFL's Greenest