San Jose police said that officers responded to a report of a stabbing at Grace Baptist Church on the 400 block of East San Fernando Street at approximately 7:54 p.m.

When they arrived, officers located five victims suffering from at least one stab wound each. An adult male victim was declared dead at the scene. An adult female victim was transported to a local hospital where she succumbed to her injuries.

Three other adult male victims were transported to local hospitals and were in serious but stable condition Monday.

"We had a very motivated individual that was able to stab five people," said San Jose Police Sgt. Christian Camarillo. "This isn't like a shooting. To stab somebody, you have to get up close and personal."

Investigators said an adult male suspect was in custody. His identity has not been released. The motive and circumstances surrounding the incident were under investigation.

"We're still investigating a motive, etcetera," said Camarillo. "Talking to the detectives this morning, they had about 30 witnesses they had to interview and get all their statements."

Police said the quick response time is the likely reason the three surviving victims were in serious but stable condition.

"There were some brave men and women here last night who went in, along with paramedics, our San Jose Fire personnel, and more than likely probably saved the other three people who are alive this morning," said Camarillo.

The identity of the deceased victims will be released by the Santa Clara County Coroner's Office after notifying their next of kin.

At the time of the stabbing, there were no religious services underway and the church was housing local homeless as a shelter from a cold night. Located near San Jose Satate University. Grace Baptist typically serves as a 65-bed shelter. During the pandemic, that number has been cut to 50 to allow for social distancing.

The stabbing happened around 7:45 pm, not long after dinner for the unhoused is served.

"They offered dinner at 7:30, like bread and macaroni and cheese and every morning donuts and coffee at 7:15," said neighbor Aaron Parks.

"Our hearts are torn for the victims and their loved ones in last night's horrific stabbing at Grace Baptist Church on 10th Street," he tweeted. "We have lost two community members, and we pray for the recovery of the three others seriously injured in that attack. SJPD has arrested a suspect, who remains in custody. We will keep the community updated as SJPD releases more information." 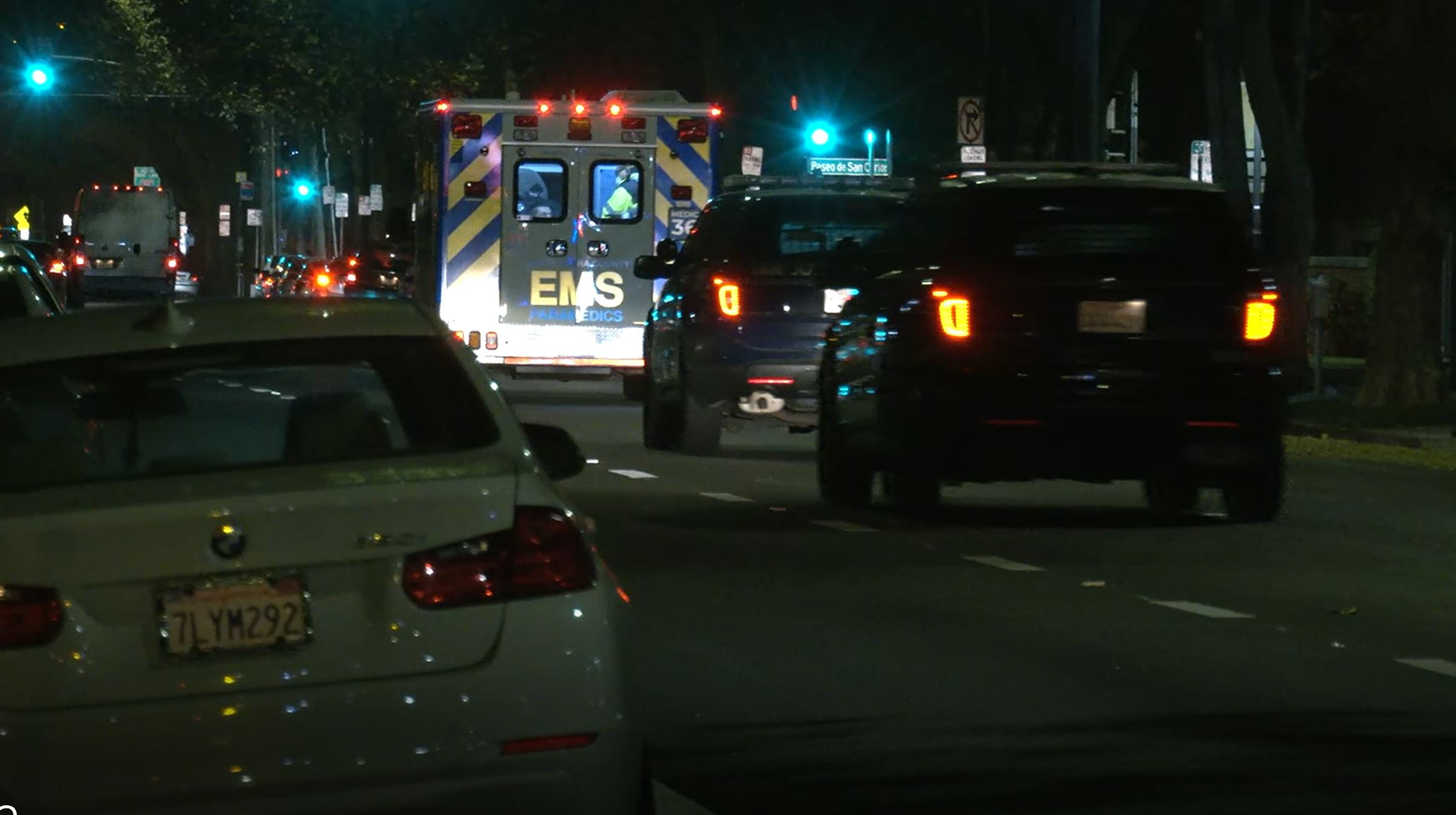 The two fatal stabbing victims are the 40th and 41st homicides in San Jose in 2020, police said. According to the San Jose Mercury News, San Jose has soared past the 10-year average of 37 homicides. In 2012, the city recorded 46 homicides with 47 occurring in 2016, which were the city's highest totals in about 30 years.

Police are asking anyone with information to contact Detective Sergeant Lewis #3161 or Detective Meeker #3272 of the San Jose Police Department's Homicide unit at (408) 277-5283.

Emily Turner contributed to this story.